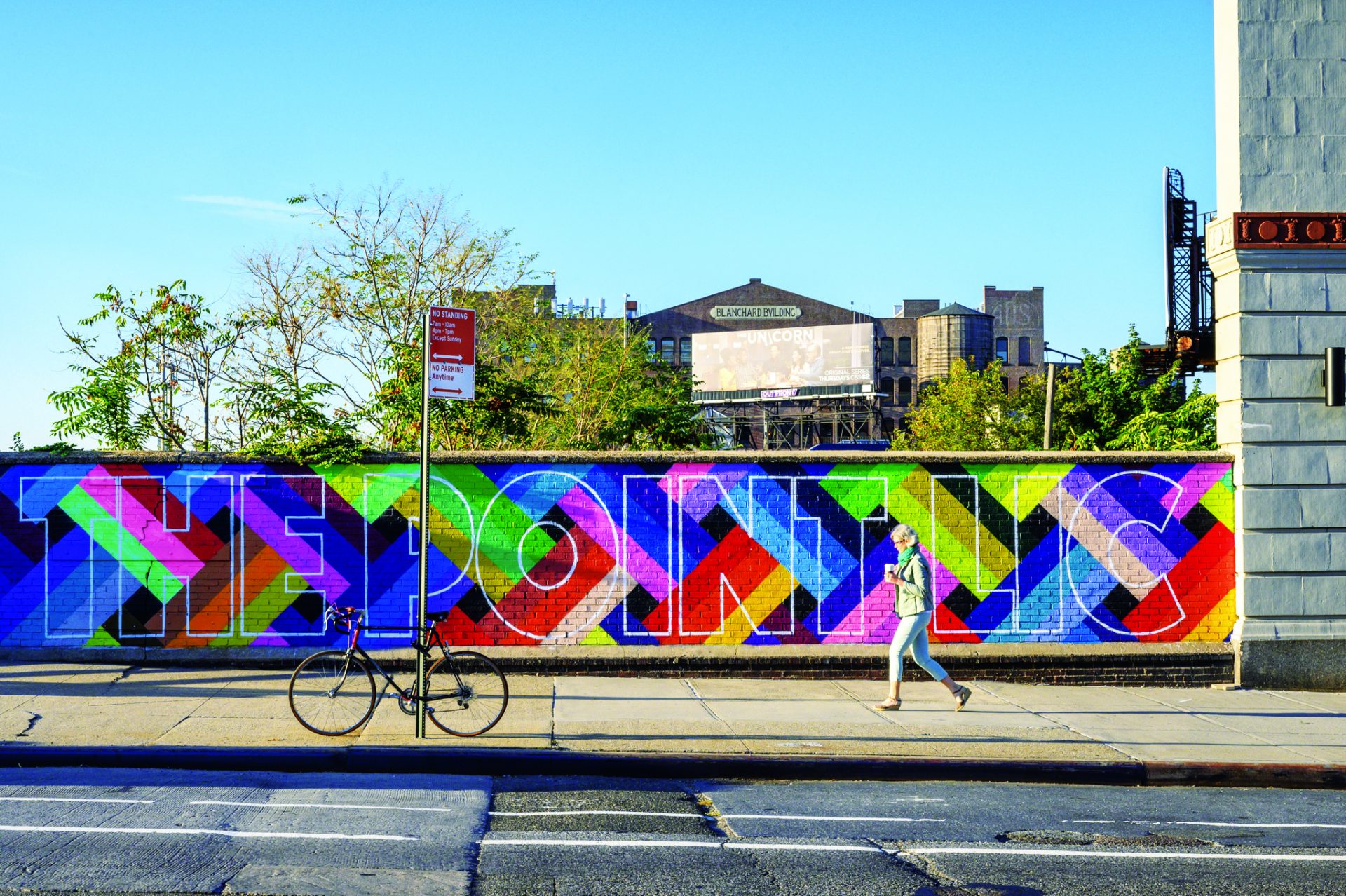 The New York City-based roastery will open its first location in Queens at The Blanchard Building, signing a lease for 3,725 s/f for a café at the base of the building to open in November.

Starbucks recently opened a new café at the base of The Paragon on the south east corner of 49th Avenue and 21st Street. Two colorful lighting displays designed by local artists and fabricators have also been installed around the walkway that connects the two marquee commercial buildings, The Paragon and The Blanchard.

The installations were designed to transform the daily commute for the growing number of people who live and work in the Hunter’s Point corridor.

They feature a projection illumination on the pedestrian bridge at 21st Street between 50th and 51st Avenues and a LED display on a 140-foot-long fence that runs beneath the LIE.

companies calling Long Island City home. The walk to the office and afternoon coffee run are central to the workplace experience, and we’re thrilled to be able to enhance those moments for the Hunter’s Point corridor through the lighting revitalization of a highly trafficked pedestrian passageway and the addition of both Coffee Project NY and Starbucks — which will quickly become part of the daily fabric for those who live and work in the neighborhood,” said Patrick Sweeney, Managing Director of Related Fund Management.

Elizabeth Lusskin, President, Long Island City Partnership, commented, “We applaud Related and Totem for working with the community to improve the public realm for the entire neighborhood, and thank our public partners at NYC DOT for supporting the project as part of their Artervention initiative. We will continue to work with the community and partners to deliver more exciting public art projects through our LIC Arts Connection in the year ahead.”

Coffee Project NY will operate a cafe with 1,600 s/f of indoor and courtyard seating at the base of The Blanchard building.

The cafe will serve as both a special amenity to the building and be open to public. The remainder of the space will be dedicated to a roasting facility, as well as a “coffee lab” and tasting room where customers will be able to taste and discover coffee from different regions.

Winick Realty Group and Related Companies oversaw the leasing of the space.

Located at 2110 51st Avenue at the heart of the Hunter’s Point section of Long Island City, The Blanchard is a seven-story, 220,000 s/f former warehouse.