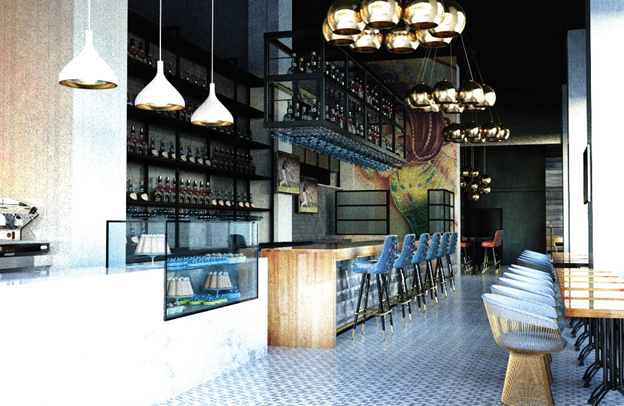 The BenMoha Restaurant Group has signed a 6,400 s/f retail lease at the base of Crowne Plaza Hotel Times Square at 1601 Broadway for their newest concept.

Newmark Knight Frank (NKF) represented Jacob and Sammy BenMoha, who plan to transform the space into a musical shrine in tribute to the music made and played at the neighboring Brill Building.

“The Brill Building was where the world-famous Colony Records was located and the building where some of the greatest songs ever, were written,” said NKF director Marc Leber, noting that the new restaurant will be called The Harrison and will occupy a combination ground-floor, mezzanine and lower-level retail space.

Sammy BenMoha added, “The theme of The Harrison will be influenced by the music that was created both in the Brill Building and in the buildings in the surrounding area including 1650 Broadway, the site of the Carole King musical “Beautiful”. The décor and the music that will be heard in the restaurant will be from that historic era of the music business.”