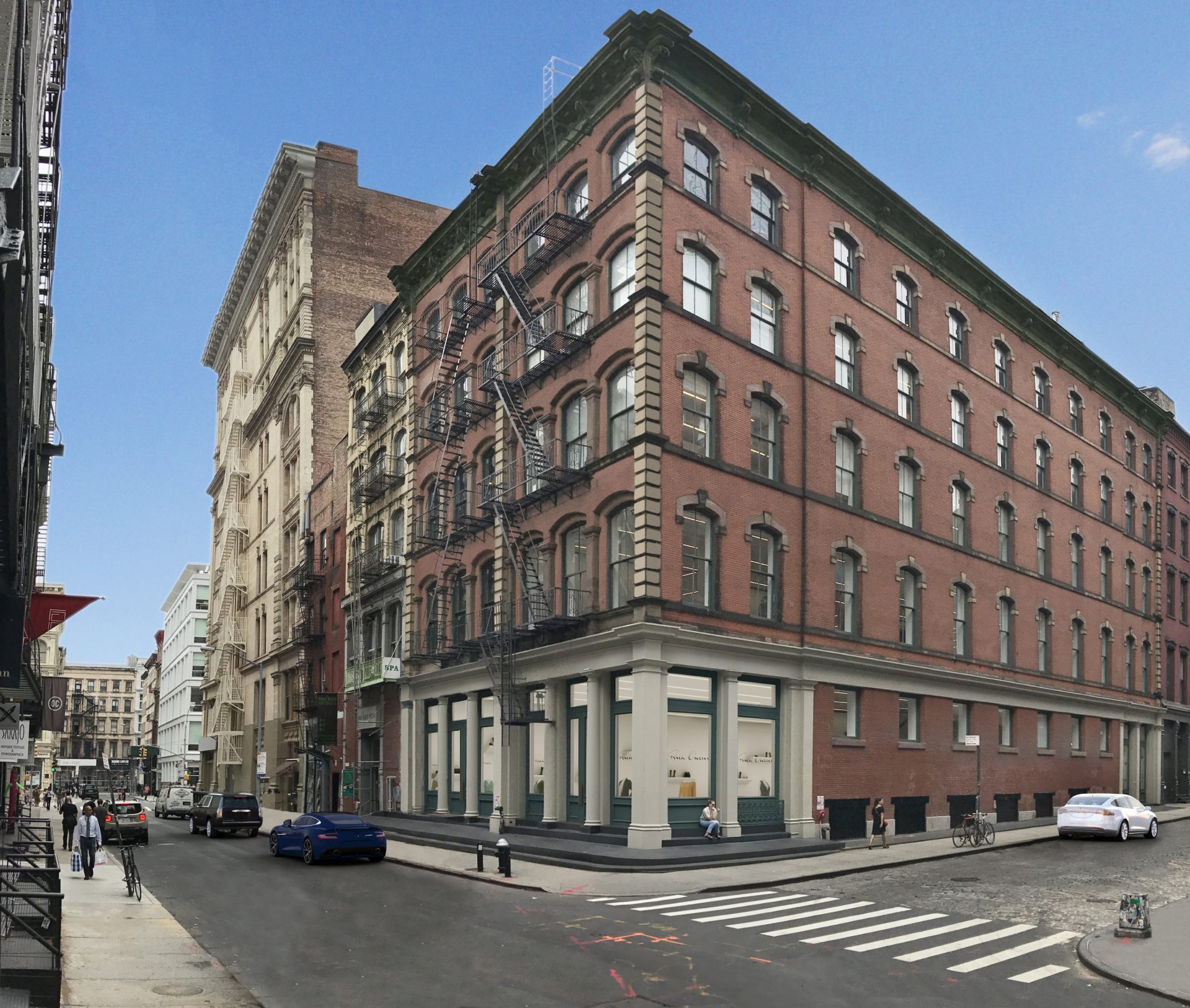 Celebrity jeweler Maria Tash will open her new global headquarters in a Soho office being designed to look and feel like a hotel.

They tapped the Spector Group along with HBA Architecture & Interior Design to create what they’re calling HOWARDXCROSBY, pre-built suites with a design inspiration that mirrors the conveniences and finishes more often found in boutique hotels and luxury condominiums.

“Like our historic corner building, the Maria Tash brand mixes edgy street style with an aura of luxury and exclusivity. It’s a perfect match,” said Peter Palandjian, chairman and CEO of Intercontinental.

Rick Owens previously occupied a 3,750 s/f on the fifth floor and the retail space at 30 Howard before ownership launched its repositioning.

According to the owners, only 3,906 s/f of office space is still available for lease on the the building’s second floor along with 2,500 s/f of ground-floor retail space. The retail space is column-free with 16 ft. ceilings and a 25 ft. wide façade, as well as a 2,000-s/f lower level.

When construction is complete, the retail will contain 7,500 rentable square feet and 170 ft. of wraparound window frontage, which is considered a rarity in Soho.

“Fueled by the cache of its celebrity clientele, Maria Tash has grown into a global brand and needed a home for its sales, marketing, customer service, and general office operations,” said Greg Kraut, Managing Partner of KPG.

“We’re thrilled that this cult-adored brand recognized the benefits of locating in Manhattan’s top retail neighborhood, in a building that will combine the gorgeous bones of these pre-war structures with the modern conveniences and infrastructure found in new construction.”