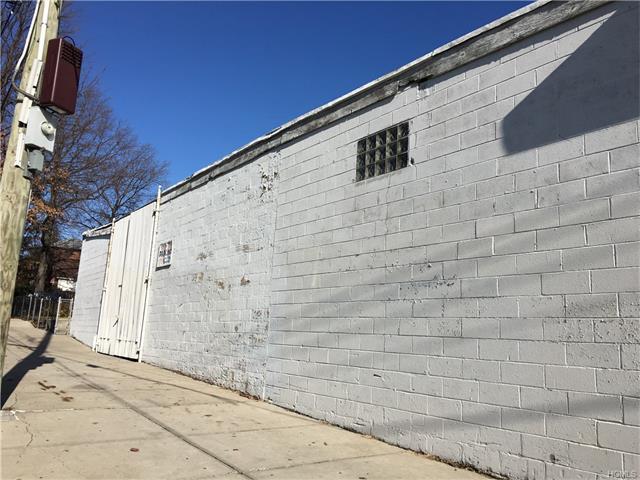 Cushman & Wakefield has been retained to sell 2883 Miles Avenue, a 9,200 s/f industrial building in Throggs Neck. A team consisting of Jonathan Squires, Josh Neustadter, Michael Fioravanti, Addison Berniker and Shayne Soltan is leading the marketing efforts on behalf of the property’s seller. The single-story warehouse space is located on the northwest corner of Miles and Revere Avenues. The property is currently owner-occupied and used for creating and warehousing fencing materials. It has approximately 6,720-buildable-square-feet that will be delivered vacant. The property features 14.6 ft. ceilings, two drive-in garages with three curb cuts, a rear lot and R3A and C2-1 zoning. 2883 Miles Avenue benefits offers proximity to the Bruckner Expressway, the Cross-Bronx Expressway and the Throggs Neck and Whitestone Bridges, which connect to multiple highways.

Friedman-Roth Realty Services has been hired to sell a Flushing, Queens apartment building located at 142-27 Barclay Avenue. The six-story elevator building contains 50 apartments and a 15 car parking garage. The asking price for the building is $15,000,000. Friedman-Roth’s Wells Newell is handling the assignment.

NAI James E. Hanson and Van Houten Corporate Realty have been named the exclusive sales agents for 468 Totowa Avenue, a 108,000 s/f, four-story industrial/flex complex in Paterson, NJ. The assignment will be handled by NAI James E. Hanson’s Michael G. Walters, SIOR and Cameron Silverstein along with Van Houten Corporate Realty’s Richard Van Houten. Standing at the highest point in Paterson, 468 Totowa Avenue, the property is comprised of four floors of 20,000 s/f each, attached to a 19,000 s/f building with a 14 ft. clear span ceiling. The 108,000 s/f complex features a unique configuration that offers maximum flexibility to a range of potential buyers. Situated on 1.9 acres, 468 Totowa Avenue has five tailgates and a single freight elevator with 10,000-pound capacity, located in a common receiving area. It is in the Adaptive Reuse District (ARD), which allows a multitude of uses including but not limited to residential, self-storage, warehouse/storage incubator, and venue space. The site is located with in an Opportunity Zone, an Urban Enterprise Zone, and a Garden State Growth Zone, allowing it to benefit from multiple federal and state economic incentives.

Arch Companies has acquired 550 Metropolitan Avenue, the site of a future six-story residential building with ground floor retail in Williamsburg, Brooklyn. The transaction was brokered by Daniel Hilpert of Equicap, with financing provided by Tideway Capital Group and arranged by Mortgage Equicap and Arch Advisors, a subsidiary of Arch Companies. This transaction marks the fourth stalled New York City development project that Arch has either invested in or restructured since the firm’s inception two years ago. The site will become a luxury mixed-use building with nine efficient residential units and a ground-floor retail space. The building will be designed by architect Alex Blakely of AB Architekten.

Besen Partners announced the acquisition of 258 Elm Street in New Canaan, Connecticut. The 3-story office building, which was previously 100 percent owner-occupied, includes 30,000 s/f and is adjacent to the Metro North train station with direct access to Grand Central Terminal in New York City. The purchase price was $6.925 million. The seller was Covia Corporation who previously occupied the space. Al Mirin at Cushman & Wakefield brokered the sale. 258 Elm Street represents the first acquisition in Besen’s targeted investment strategy to acquire quality office buildings in supply constrained upscale neighborhoods that have the ability to cater to smaller tenants whose office locations are primarily determined by convenience to area amenities and housing. Daniel J. Steinberg, Chief Investment Officer for Besen, said the property will be managed by New York City Management.

Bestreich Realty Group (BRG) announced the sale of 264 Jefferson Street in the Bushwick section of Brooklyn. The multifamily property sold for $1,050,000, which equates to $245 psf. The building features 6 two-bedroom apartments offering 4,290 s/f. It sits on a 25 by 100 ft. lot and zoned R6, C1-3. Property was sold with 5 rent stabilized units and 1 vacancy after Housing Stability and Tenant Protection Act 2019 was enacted. Steve Reynolds, Derek Bestreich, Tom Reynolds, and Brian Davila facilitated both sides of the transaction. The seller was in the Estate of Frank Prestigiacomo and the buyer was Tiger Property Partners LLC.

CBRE‘s New Jersey Investment Sales team has sold two multifamily properties in Middlesex County totaling $11.3 million. The buyers and the sellers in each of the transactions were new investors to each of the municipalities. CBRE’s Nat Gambuzza and Trevor Fiebel were responsible for representing the sellers and procuring the buyers in each of the transactions, which included Heritage at Piscataway in Piscataway, New Jersey and Brookside Village in Jamesburg, New Jersey. They worked in collaboration with Jeffrey Dunne and Gene Pride of CBRE’s Stamford, Connecticut office.

• Heritage at Piscataway, which is located at 100 Begonia Court, is an income restricted 55-plus active adult community that consists of 30 one-bedroom apartments and sold for $3.2 million.

• Brookside Village, which is located at 28 Lake Street in Jamesburg, is a newly constructed property that consists of 42-apartments. The building, which traded for $8.1 million, has a variety of tenant amenities, including a fitness center, storage units, an outdoor gazebo and ample parking.

GFI Realty Services announced the $2.8 million sale of 1807 Avenue P, a mixed-use building located in the Midwood section of Brooklyn. The 5,600 s/f building is composed of two apartments and a medical office. Senior Director Erik Yankelovich represented the seller and buyer in this transaction, both local investors. The 14-year young building is situated close to public transportation and the Kings Highway thoroughfare. The mixed-use asset is centrally located near numerous local and national businesses, and a short walk away from the B and Q subway lines.

NAI James E. Hanson negotiated the sale of a 2,331 s/f office building at 300 S. Summit Avenue in Hackensack, NJ. Darren Lizzack, MSRE, and Randy Horning, MSRE, represented the seller, Jose Alvarez, and Allegra House of Prominent Properties represented the buyer, All Souls Evangelical Church, in the transaction. 300 S. Summit Avenue is a single-story office/flex property situated on a 6,425 s/f lot boasting ten parking spaces and a flexible interior suited to a wide range of uses. The property features immediate access to Route 17 as well as Interstate 80. An NJ Transit bus station is situated directly in front of the property. Relocating from Bogota, All Souls Evangelical Church needed a centrally located new home for their congregation and was attracted to 300 S. Summit Avenue due to the accessibility and adaptability the property provides.

JLL closed the sale of a single-tenant retail building leased to Party City in Oceanside, New York. JLL marketed the property on behalf of the seller. Consolidated-Tomoka Land Co. purchased the asset. Party City, a leading provider of party goods, has operated at this location for 20 years. During that time, it expanded the premises and committed recently to a long-term lease extension. It is the only Party City store within five miles of the property. Situated on 1.25 acres at 3098 Long Beach Road, the building is on a corner location in Oceanside, one of the densest suburbs on Long Island. The JLL Capital Markets team representing the seller was led by managing directors Marc Mandel and Rob Rizzi, director Steve Schrenk and senior managing director Jose Cruz.

• A two-building portfolio in Sleepy Hollow. 140-144 Valley St, a 12-unit mixed-use property for $1,675,000, as well as, 139 Cortlandt St, a 7-unit multifamily property for $960,000. Anthony Watkins, president, and David Algarin, vice president, represented the individual sellers, as well as, the buyers, a Westchester based group which acquired both parcels.

• A 17-unit mixed-use property, 2-12 Main St, Brewster, NY. Anthony Watkins and David Algarin represented both the seller, Hannah Mews, LLC and the NYC based buyers, Brewster on Main, LLC, in the $2,600,000 transaction.