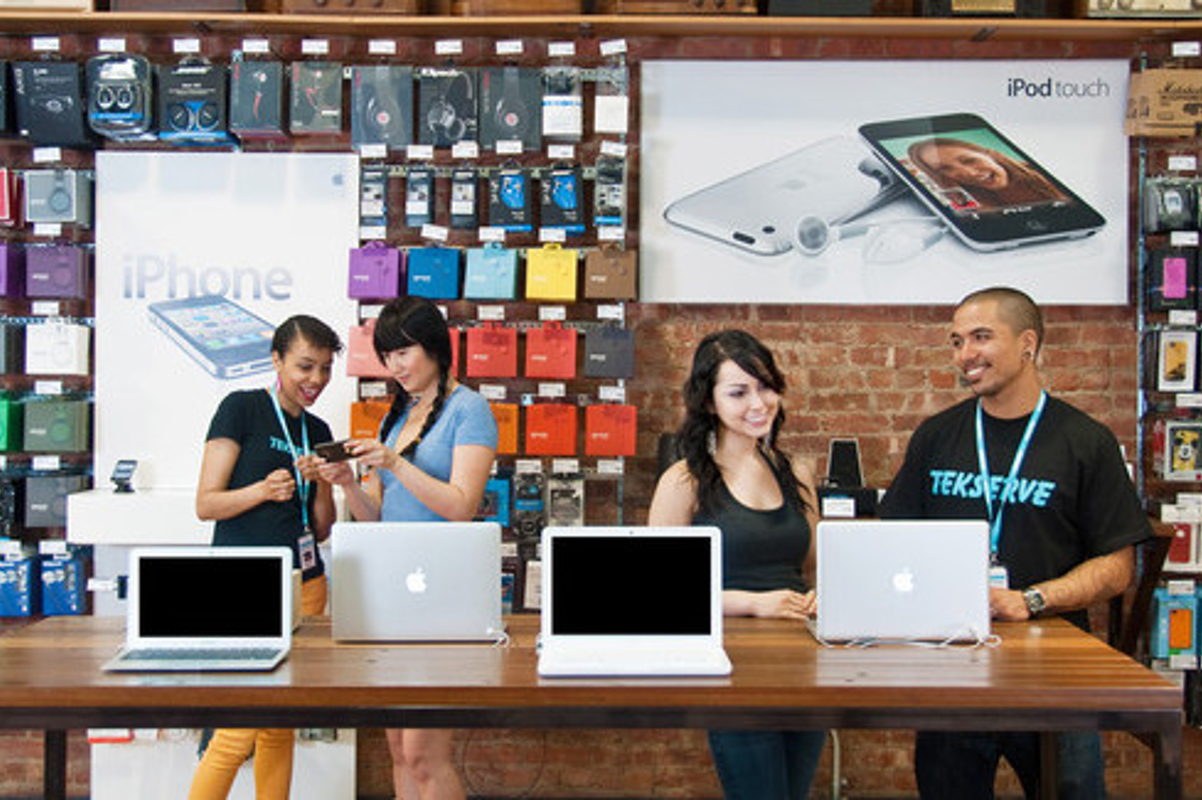 Chelsea staple Tekserve, the Apple product repair center that’s been a popular destination since its inception in the late 80’s, is leaving its space on 23rd Street after 14 years.

Tekserve CEO Jerry Gepner will relocate his company this fall, according to a statement he gave to the website Vanishing New York. The 25,000 s/f space occupies the entire first floor of the Printing Arts Building.

Tekserve, founded in 1987 by David Lerner and Dick Demenus, started out in a fourth-floor space at 155 West 23rd Street, before moving to its current location at 119 West 23rd Street in 2002. According to a New York Times article from June of 2002, the company renovated the space at cost of more than $1 million before moving in.

The company has grown to become the largest single-location Apple product specialist and service provider in the United States. “I want to state clearly that Tekserve has no plans to close, but we will morph with the times,” Gepner told Vanishing New York. The CEO admitted that rents are high and have only been getting higher for the past several years, and that it presents a challenge “to all small businesses,” but he hopes to keep Tekserve “in or near” the Chelsea area, though“it’s too early to tell if that will be possible.”

Along with the move, the company will be “winding down” its retail store operation.

“This is not due simply to major vendors squeezing margins for their resellers and channel partners, but more down to the changing face of retail in general,” he told the website. “Consumer buying habits and options have changed. The small specialty retailer is rapidly becoming a thing of the past, and Tekserve is no different in that respect.”

NGKF broker Jason Pruger, who is familiar with the 23rd Street corridor, said average retail asking rents for the area range between $150 to $250.

Tekserve did not respond to a request for comment, and calls to the brokerage firm that manages Tekserve’s 119 West 23rd St. location, JBA Commercial Real Estate, were not returned.