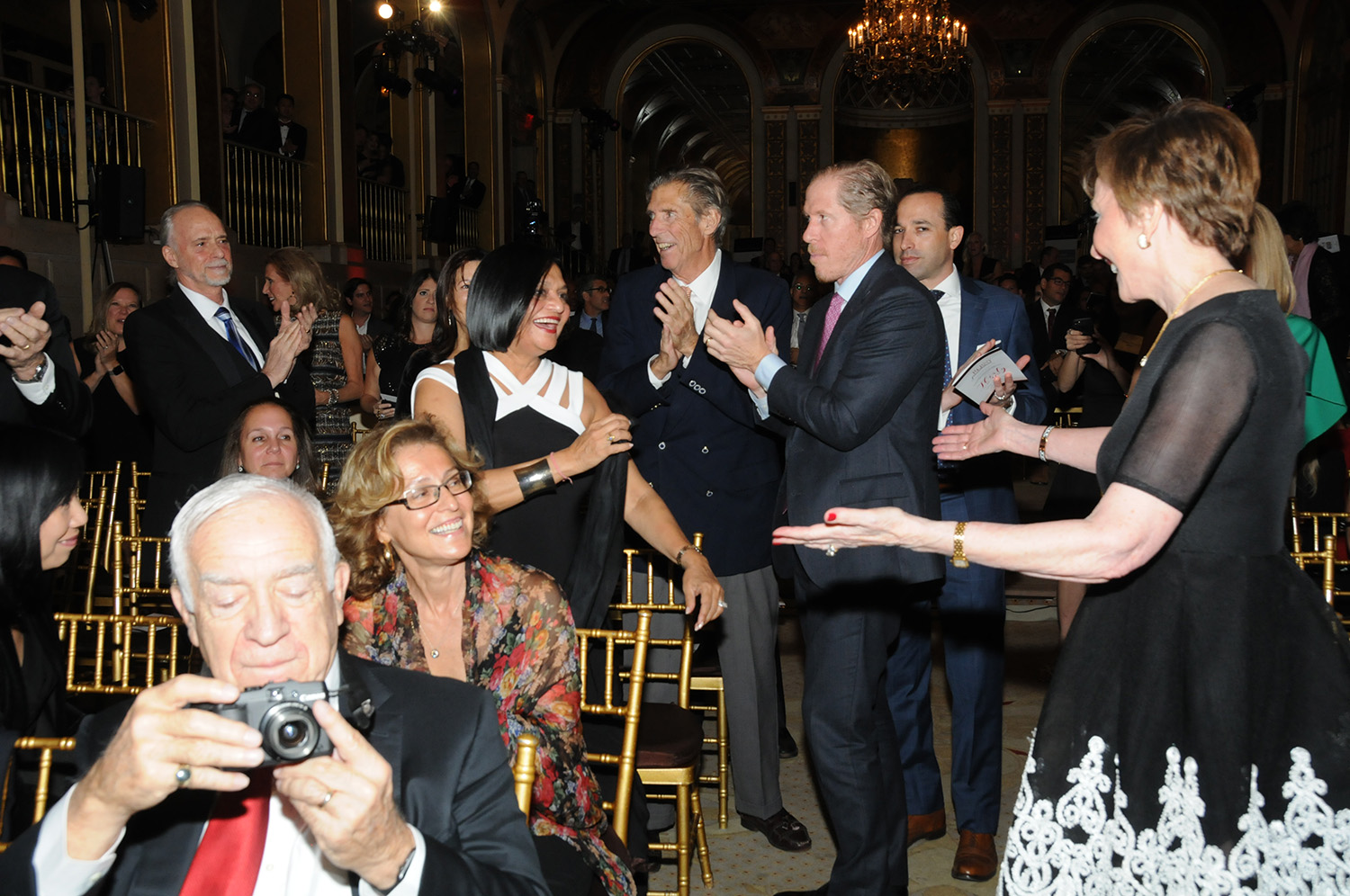 What does a Realtor do when one deal turns into five? If you ask Sandhya “Sanjya” Tidke, a 14-year veteran of Halstead, the answer would be to “push your boundaries.”

It’s in no small part due to that attitude that Tidke was the recipient of the Real Estate Board of New York’s Deal of the Year Award at last week’s annual gala .

To earn the coveted prize, Tidke and her team clinched the sale of a home in The Bronx’s picturesque neighborhood of Fieldston, and in the process, four additional deals spread across two boroughs – including two apartments in Manhattan, which fell outside of Tidke’s usual stomping grounds – along the way.

For that, she tapped longtime colleague Mary Dunne of Warburg Realty who, as co-broker on the deal, shared the First Prize Residential Sales Award.

“The stars were aligned and it was just a matter of coming together and making the deal happen,” said Dunne.

For Tidke and her clients, it all started with a simple problem: two parents wanted to move closer to their children’s schools, which in this case, meant uprooting from the Upper East Side of Manhattan to Fieldston, a posh Hudson River-adjacent neighborhood on the Bronx’s outskirts.

“It was a big change in their lives and they wanted to move up into Fieldston,” said Tidke adding that they then promptly listed their co-ops, a three-bedroom and one-bedroom on the Upper East Side, with another broker. “They saw this house that I showed them; they put in an offer; their offer was not accepted.”

The family’s proposal to the seller, based on the contingency that their co-op would sell, was felled.

For some Realtors, this may have been the end of the story, but Tidke said she decided to follow up.

A few months later, with new listings on the market, Tidke reached out to her clients only to find that their two co-ops in Manhattan had still not sold.

“Why don’t we do something,” Tidke said to her clients. “The only way we can do this is if we sell your apartment. Can [my team] get a chance to do a pitch?”

After some negotiation, and the addition of a Dunne from Warburg with whom Tidke has a relationship, the clients agreed to let her list their apartment — a process that started first with restaging the entire space using the sellers’ own furniture. “We restaged everything and then we took the photos and it looked amazing; the sellers were on board also,” said Tidke. “The first week we got an offer.”

The apartment sold in cash.

The attention turned back to Fieldston where Tidke’s clients made another offer on their dream home, only to have the seller dole out yet another rejection. Again, she remained undaunted.

Tidke brought her clients to see a new prospective home in Fieldston – an English Tudor style mansion with eights bedroom. It was perfect for their family. Well, almost perfect.

The home, Tidke and her clients would find out, was sporting some serious violations that included a carbon monoxide leak, asbestos in the roof, serious electrical violations, and to top it all off, the sellers – a divorced couple – were spread between two continents, nearing bankruptcy, and would only communicate between their respective lawyers.

Against all odds and with some adept negotiation, however, Tidke was able to bring the two parties together — after her clients threatened to walk away from the whole process – and yet another deal was in the books. Her clients would own the house once renovations were completed and, in the meantime, stay in a nearby rental shored up by Tidke.

Her work, however, was not done.

Tidke’s clients still had one last co-op, a one-bedroom, to sell, but when the plucky broker hit the market in search of a buyer, she said “two very good offers” were rejected. Her clients, she said, wanted more money.

“We were on the verge of being fired,” said Tidke as one week turned into two and the listing sat idle on the market. “No one came to see the rental.”

Tidke, however, still had one last idea. For help, she turned next door to her clients’ neighbors and asked if they were in the market to sell their apartment, hoping to package her clients’ and the neighbors’ units into one deal. “It turns out they were planning to retire at the end of the year,” she said.

With her combined listing now at three bedrooms as opposed to one, Tidke was able to turn a dead-end deal into a blockbuster, increasing the value for her and her clients and turning around to capitalize on one final sale.

The journey was over and Tidke’s clients, with renovations now completed, live happily in their new home just a stone’s throw from their children’s school.

When asked what made Tidke see the deal through to the end, she said there was only one goal in mind.

“The focus should be your client who wants the ultimate success,” said Tidke. “If they’re successful, you’re successful, so you have to deliver that.”

Lead photo by Richard Lewin: Halstead chairman & CEO Diane Ramirez was among the first to congratulate Tidke as she rose to collect her award.