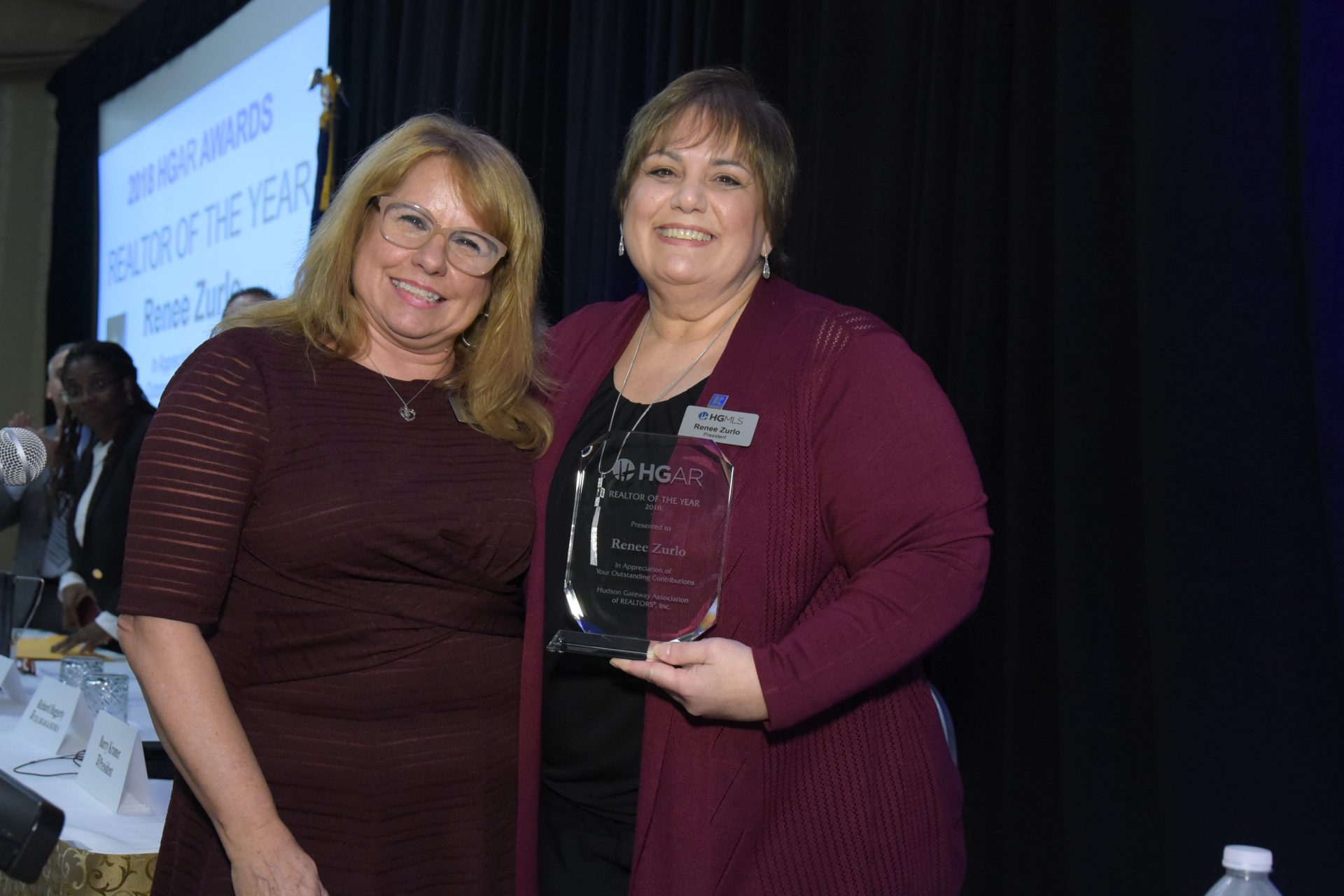 HGAR recognizes Realtor of the Year

At its 102nd Annual Meeting at the DoubleTree Hotel in Tarrytown, the Hudson Gateway Association of Realtors (HGAR) honored Renee Zurlo of BHG Rand Realty in Central Valley as its Realtor of the Year for 2018.

William Jansz, senior officer, Bank Administration for Trustco Bank, was named the HGAR Affiliate Member of the Year for 2018.

Zurlo has been a Realtor for almost 25 years and served as president of the Hudson Gateway Multiple Listing Services (HGMLS) for the past three years.

She has been active in the Association for many years, serving on several councils and committees. She is also a certified New York State real estate instructor.

Before entering the world of real estate, she was a full-time mom for 10 years. After joining a Hudson Valley firm in 1994, her entrepreneurial spirit led her to open her own agency, which eventually grew to over 40 agents. She later became part of the BHG Rand family of real estate offices.

Jansz has been a supporter of HGAR, sponsoring and attending countless Association events.

He has worked with Trusto Bank for over 15 years and oversees branch operations throughout the lower Hudson Valley.

Edward I. Sumber Memorial Award: The award was created this year in memory of Ed Sumber, who served as the Association’s legal counsel from 1975 to 2015. Ed passed away in June 2018. John Dolgetta of Dolgetta Law in White Plains. Dolgetta was Sumber’s partner and now serves as HGAR’s outside Counsel.