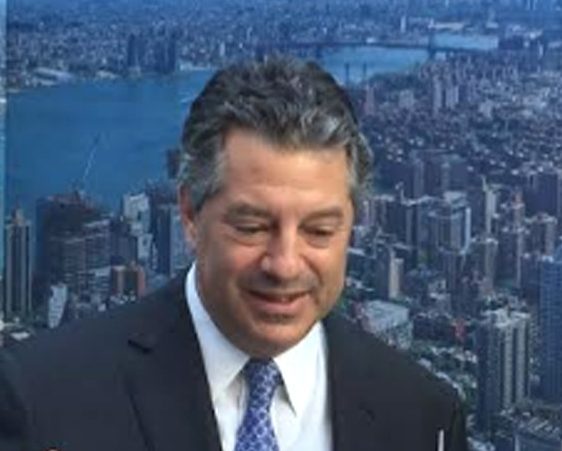 In a city of 8.5 million, it takes a lot to be known as a truly distinguished New Yorker – but leaders of our industry know that SL Green Realty CEO Marc Holliday has always been up to the task.

For his achievements, vision and passion for this city’s future, REBNY is pleased to be honoring Marc with the Harry B. Helmsley Distinguished New Yorker Award at our annual gala next month.

This award is unique because it recognizes both a career of professional accomplishments and outstanding civic contributions, and Marc has led the way on both counts.

SL Green’s rise to become the city’s largest commercial property owner is primarily the result of Marc’s wisdom and steady hand. The son of Morton Holliday, a longtime mortgage broker and top producer with Sonnenblock Goldman, Marc has been with SL Green since 1998, when he joined as chief investment officer. Since then, over nearly two decades, his management has also enabled SL Green to establish its dominant Midtown presence and become a major investor in Manhattan retail.

New Yorkers can see Marc’s vision rising most clearly at One Vanderbilt Avenue, which broke ground in October. Standing at 1,401 feet, One Vanderbilt will be New York City’s second tallest tower. Aside from its instantly iconic role in anchoring a modernized East Midtown business district, One Vanderbilt represents an innovative approach to real estate in our city.

The project will positively impact its community and millions of commuters with $220 million in transit improvements to Grand Central Terminal. SL Green’s partnership with the city is providing a new model for unsubsidized development that will continue to drive our economy and infrastructure.

Marc’s devotion to civic engagement and charitable giving is just as great as his business acumen. He is a longtime supporter of Columbia University, where he received his master’s degree in 1990 and currently sits on the Board of Trustees. Through his involvement with Columbia, he has helped educate the next generation by establishing the Holliday Professorship of Real Estate Development in 2008.

Even with all that, Marc’s most rewarding achievement may be his success in supporting National Jewish Health, where his mother was diagnosed and treated for lung cancer. After NJH helped to extend her life and provide his family with more time together, Marc put his whole heart into paying it forward. In 2011, he established the Holliday Memorial Fund for Lung Cancer Research and has raised more than $3million to advance this most worthy cause.

Marc has also been a generous supporter of NYU’s Laura and Isaac Perlmutter Cancer Center, where both his mother and father received treatment. He has helped fund oncology fellowships, purchased entertainment carts for the Stephen D. Hassenfeld Children’s Center for Cancer and Blood Disorders and – most recently – enabled the purchase of an advanced genetic sequencing machine.

Finally, none of Marc’s tireless work for SL Green and in philanthropy has ever stopped him from playing a key leadership role at REBNY, where he sits on our Executive Committee and Board of Governors.

There is no doubt that he has become a role model to young real estate professionals who want to build on the positive growth of our city and continue making it a better place for everyone.

I am proud to call Marc my friend and I look forward to honoring him next month for his ongoing efforts as a distinguished New Yorker.

The Mayor’s NYC Retrofit Accelerator is partnering with REBNY to offer two free seminars for building professionals to learn how to manage their buildings’ steam heating systems more efficiently and better understand why steam systems often underperform. The Steam Heating Efficiency Seminars – for property owners and managers on Thursday, December 15, 2016 from 8:30 to 9:30am, and for building operators and superintendents on Thursday, January 12, 2017 from 8:30 to 10:30am – will offer improvement strategies that save money, improve comfort, and help the City reduce greenhouse gas emissions. Contact svelez@rebny.com to reserve a spot.

Purchase tickets early and online at www.rebny.com/banquet. I also encourage you to consider making your company’s brand more visible to our membership by pursuing a sponsorship opportunity for the Banquet or advertising in REBNY’s 2017 Journal. Contact maviles@rebny.com for more information.

We are now accepting nominations for our Most Promising Commercial Salesperson of the Year Award (Rookie Award), which recognizes current and potential professional achievement as well as high moral character and ethical professional behavior.

Candidates for the award must: be current REBNY members with less than five years of industry experience, display leadership and team work qualities, and have made significant contributions to their firm’s success.

For the first time, the winner of the award this year will be granted a one-year term on REBNY’s Commercial Brokerage Board of Directors. The winner will also receive a one-year seat on REBNY’s Board of Governors and will become a lifetime member of REBNY’s Circle of Winners, which meets four times a year for a private dinner with top industry leaders. The deadline for nominations is Friday, January 20, 2017 at 5:00pm. Visit rebny.com for more details.