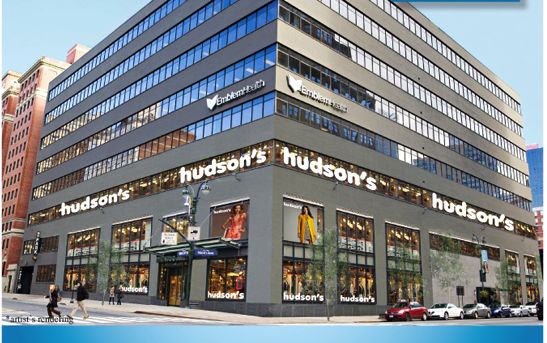 Cove Property Group, in partnership with Australia-based Blue Sky Alternative Investments, has closed on the sale and leaseback of 441 Ninth Avenue on the Far West Side for $330 million.

A team from Cole Schotz P.C. represented the partnership in the purchase of the 423,000 s/f office building and leaseback to health insurer EmblemHealth.

The building, a former warehouse at the corner of West 34th Street and adjacent to the city’s Hudson Yards redevelopment project, was originally constructed in 1953 and was converted to office space during the 1980s by developer Harry Macklowe.

EmblemHealth currently occupies the entire 423,000-square-foot building and is preparing to move out in 2017. The building is expected to be renovated and vertically expanded by 150,000-square feet. Peter Koffler, Sue Golden, Steven Weinberger, Sharon Connelly and Jared Wachtler represented EmblemHealth in the deal. Earlier this yea, Koffler, Suzanne St. Pierre and Ashley Dunn represented EmblemHealth in its deal to occupy a seven-story medical facility under construction in the East New York section of Brooklyn. Venable negotiated the build-to-suit net lease and construction contracts.

Blue Sky is an Australian listed asset manager which has a 38 per cent economic interest in Cove, which has its majority of equity provided by a North American-based institutional investor.

Robert Shand, managing director of Blue Sky, told The Autralian publication that the move into New York’s commercial real estate market opens a new avenue of investment for his clients.

“It’s a safe haven market where the world’s largest investors take the view that if something is going to happen, if there is a downturn, it’s still the world’s financial capital and people still want to live and work there,” Shand told The Australian.

“It’s an important milestone for Cove and for the development of our US operations, and it gives our investors a chance to gain access to New York’s real estate market.”

According The Australian, Cove plans to redevelop the property into a Class A office tower to attract global blue chip tenants ­such as Wells Fargo, Boston Consulting Group, Coach and L’Oreal who are already invested in the area.

Cove Property did not respond to a request for comment by press time.