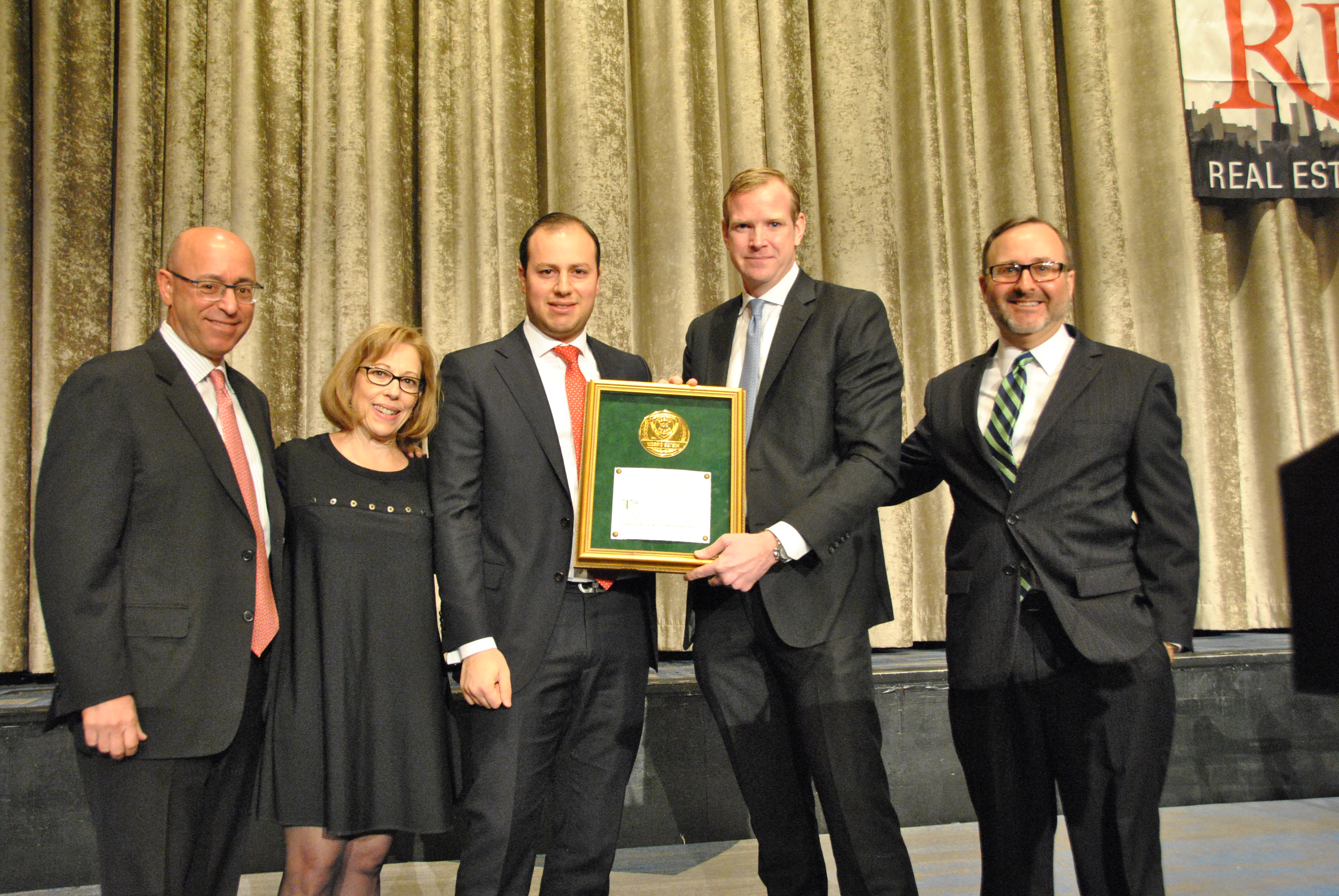 New York City’s commercial brokers competed for the Real Estate Board of New York’s (REBNY) 2015 Most Promising Commercial Salesperson of the Year (Rookie Award), which culminated at the REBNY Members’ Luncheon at the New York Hilton Midtown on Tuesday, March 22nd.

REBNY’s Commercial Brokerage Board of Directors presented the award to Morris Betesh, a Managing Director in Cushman & Wakefield’s New York Capital Markets group. As the nineteenth winner of this award, Betesh receives a one-year seat on REBNY’s Board of Governors and will become a lifetime member of REBNY’s selective “Circle of Winners” group, which convenes four times a year for a private dinner with some of the real estate industry’s top leaders.

The Most Promising Commercial Salesperson of the Year Award was created by the directors of the Board’s Commercial Brokerage Division to recognize the achievements of commercial members who embody excellence, professionalism and unwavering ethical fortitude.

“Morris brings exceptional dedication to all of his endeavors whether it be for the community or the business,” said Ron Lo Russo, President of the New York Tri-State Region at Cushman & Wakefield. “He has demonstrated hard work, expertise and absolute tenacity in his work, and is truly one of the most promising in our industry.”

“We congratulate Morris on this honor, merited by his proven talent and commitment, which was noted by both his colleagues and clients,” said John H. Banks, III, REBNY President. “We are proud to also recognize all of the finalists for this award, who have been distinguished as promising future leaders by their firms. We look forward to seeing all they will achieve in the coming years.”

The runners up for the 2015 Most Promising Commercial Salesperson of the Year Award were: Stewart Davis of Eastern Consolidated, Cassie Durand of CBRE, Matthew Felice of Jones Lang LaSalle, David Fowler of HFF, and Staci Goodman of Newmark Grubb Knight Frank.

Morris Betesh began his career with Massey Knakal Realty Services (now Cushman & Wakefield) in 2011, helping to start their capital markets division. He was recognized as one of their top agents in 2012 and 2013, and featured in the Mortgage Observer’s top 20 under 30 list, twice. During the course of his career, he has completed more than 150 loans with over $1 billion of proceeds including a: $104 million acquisition loan for 2 Court Square in Queens, which he closed in less than 30 days; $69.5 million loan collateralized by nine hotel properties in New York City, Rockland County and New Jersey; and a $21 million construction loan to build affordable housing.

Betesh actively serves on REBNY’s Finance Committee and in his community supporting the Special Education Academy of Deal (SEAD), a school that serves children facing neurological challenges; the Sephardic Bikur Holim, a Brooklyn-based social services organization that provides support for the Jewish community; and his local synagogue.

Survey shows small construction sites are the most dangerous