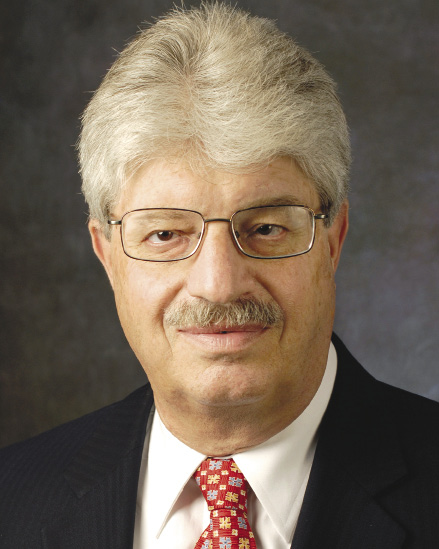 More than 750 members of the real estate industry gathered yesterday at the Hilton New York to honor the city’s most outstanding leaders in the field of commercial property management at The Real Estate Board of New York’s (REBNY) 11th Annual Commercial Management Leadership Breakfast featuring Daniel L. Doctoroff, CEO & President of Bloomberg L.P., as keynote speaker.

The coveted Edward A. Riguardi Commercial Management Executive of the Year Award was presented to Frank Freda of Cushman & Wakefield, Inc. In addition, stand-out commercial management professionals were acknowledged for excellence in property management in categories including on-site management, portfolio management, engineering, security among others. The following awards were presented:

“These outstanding individuals are the heart and soul of our industry and play an integral role in the City’s operation,” said Steven Spinola, REBNY president. “This is a real estate town and we are pleased to honor each of these property managers, engineers, and porters who show true dedication to their commercial properties and our communities.”

In his keynote address, Daniel L. Doctoroff highlighted the city’s growth since the last time he was the keynote speaker at the first ever Commercial Management Leadership Breakfast 11 years ago. From reviving Lower Manhattan, rezoning neighborhoods to make the waterfronts accessible, creating and preserving affordable housing, to making the city attractive to new comers, Doctoroff recognized that the city has accomplished what it had set out to do in 2003 and more. He emphasized that growth is good and that to be a progressive city we must maintain the virtuous cycle of a successful city by creating more jobs, attracting more people, and enhancing the quality of life. Doctoroff concluded his address with his thoughts about the fundamental elements for the City’s continued growth – creating a catalyst, having a plan for economic growth, applying a philosophy and strategic plans, and maintaining openness and optimism – all of which are impacted by commercial property managers and furthered by the real estate industry.

Mike Norton of Tishman Speyer and Gaston Silva of Vornado Realty Trust, co-chairs of REBNY’s Commercial Management Board of Directors, presented the awards.

Edward A. Riguardi presented the morning’s most prestigious award – the Edward A Riguardi Commercial Management Executive of the Year Award to Frank Freda of Cushman & Wakefield. Freda is an Executive Managing Director, Global Facilities Management for Corporate Occupier and Investor Services and oversees the firm’s global facilities management services. For the past 23 years, he has held various positions with increasing responsibilities overseeing Cushman & Wakefield’s provision of property, facility, and project management services to major corporate clients. Freda also received REBNY’s George M. Brooker Management Executive of the Year Award in 2010, which recognized his superior accomplishments in the industry based on outstanding professionalism, civic achievement, and contributions. He is also a prominent member of the Board of Governors for the Diabetes Institute, Executive Committee for the March of Dimes Walk-A-Thon NYC Chapter, and REBNY’s Management Division Board of Directors.

In his presentation remarks, Riguardi urged attendees to remember what commercial property managers do every day to make this City great by keeping their properties running, ensuring the safety of occupants and visitors, and taking on the role of first responders in emergency situations like 9/11 and Hurricane Sandy.

Michael Griffin, representing the Griffin family, presented the John M. Griffin Community Service Award to Cynthia Boyea of Paramount Group. Boyea currently serves as the property manager at 712 Fifth Avenue, but her management strengths and dedication have been noticed throughout her 21-year career. Particularly noted by her peers is her immense commitment to charitable work with the Covenant House, a network of shelters for homeless youth; the Elizabeth Coalition to House the Homeless, which advocates for and provides assistance to the homeless; the NJ Sharing Network, an organ procurement organization responsible for the recovery of organs and tissue for residents awaiting transplantation; and her church. From recruiting volunteers, serving on the boards of these organizations, starting up an “aging out” program for youth transitioning out of foster care, to organizing and obtaining donations for countless fundraisers, Cindy continues to astound her community with her passion for serving.

The award for On-Site Manager of the Year was presented to Carl Lettich of Silverstein Properties. Lettich has overseen more than $25 million in capital improvements during his tenure at 120 Broadway, formerly known as the Equitable building, in the Financial District. He has been a strong and steady performer and leader throughout his 20-year career and clearly demonstrates his commitment to ensuring that the 1.9 million-square-foot landmark building remains best in class.

Arpiné Aroyan of Cushman & Wakefield won the Portfolio Manager of the Year Award. Within the past two years of her 13-year career in property management, Aroyan reduced expenses by $6 million for the company’s UBS Financial Services account, a 6.5 million-square-foot portfolio spanning the Tri-state area, Chicago, IL and Brazil, for which she handles facilities management, project management, and lease administration. Arpiné’s work for Cushman & Wakefield’s NYU/Langone assignment, a four-building portfolio that supports the healthcare facility, received perfect operational audits from both the NYS and Federal regulators, the highest rating the client has ever received.

The Engineer of the Year Awards were presented by Howard Styles of Local 94. The award for Small Building Engineer of the Year recognized 26-year industry veteran Marco Camargo of Boston Properties. As the Chief Engineer for 510 Madison Avenue, a Class-A boutique building acquired during its final stages of construction in 2010, Marco commissioned and oversaw new tenant construction, spearheaded the evaluation of the building’s mechanical systems, and managed the building’s engineering staff. He continues to play a vital role at this building and previously held significant roles for Boston Properties’ other assets at 7 Times Square, 767 Fifth Avenue, and 90 Chambers Street, which he helped to rebuild after the September 11th attacks. Prior to joining Boston Properties, Marco served in the US Navy for four years.

The Large Building Engineer of the Year award was presented to Robert Haker of Vornado Realty Trust. Throughout his more than 20 years at Vornado and current position as Chief Engineer at 2 Penn Plaza, Haker has demonstrated immense dedication to the furthering the building’s efficiency and the industry’s best practices for energy and resource management. Haker is credited with employing and maintaining smart building technologies, a water conservation program, the re-use of steam condensate to service the building’s cooling tower, and the employment of demand response to curtail energy consumption by 2 MW, all of which led the building to earn the Energy Star label and LEED Silver certification in 2011.

The Security Professional of the Year was presented to Leslie Madhoo of Paramount Group. Over the past 15 years as a security guard and later a security supervisor at 1633 Broadway, Madhoo has played an integral role in the building’s operations manning the Fire Command Station, visitor processing, and assignments for the security officers, while also leading many successful property tours with prospective tenants, investors, and brokers. He was recognized by his colleagues for his fast response to medical emergencies, quality of service, and interpersonal skills.

Jose Antonio Bonilla of TEMCO Services was named Porter of the Year. Tony, who has served as a day porter at 825 Third Avenue for 24 years, received this acknowledgement for his interactions with tenants and visitors, extensive knowledge of the property, and desire to go above and beyond the call of duty. His colleagues note him as a hardworking professional and a great representative of the building.

The Rising Star of the Year, Matt Zash of Hines, is responsible for property operations at 499 Park Avenue, a 300,000-square-foot Class A boutique office building. The young newcomer was recognized for his strong desire to learn the property management business, maturity level in excess of his age, and assertive yet personable attitude. He is noted for being instrumental in Hines receiving a property management contract by the building’s new owner after leading all the property tours during the sales process.

Thomas L. Hill of Boston Properties announced the Best Engine Room of the Year at the event. Among four finalists the award was given to 31 West 52nd Street and accepted by Chief Engineer Patrick Lynch.

Following the Best Engine Room of the Year Award, Hill presented an encased American flag and Marine flag to Mike Norton of Tishman Speyer and co-chair of REBNY’s Commercial Management Board of Directors who will be retiring from the Marine Corps at the end of 2014 after 30 years of service.