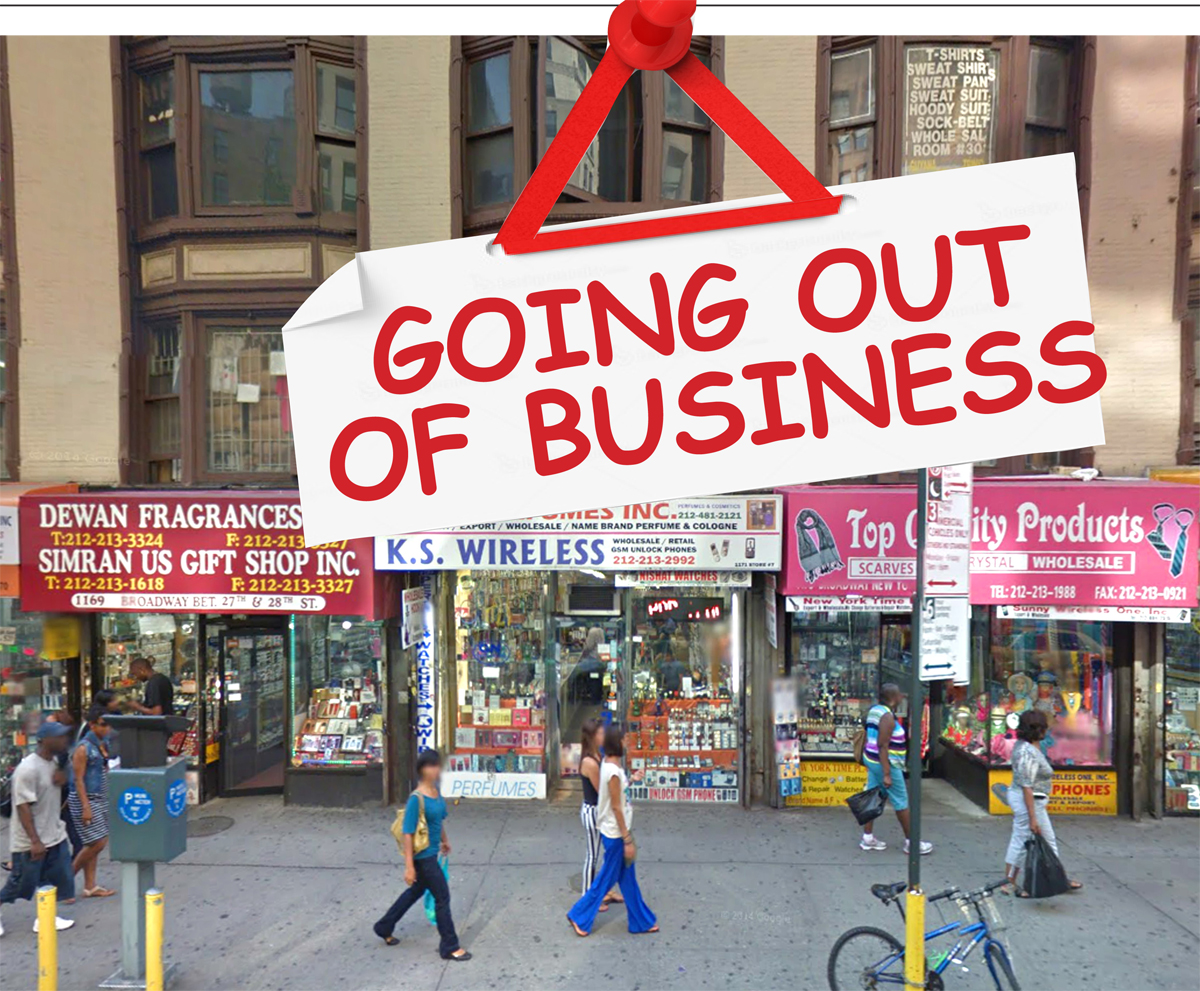 In East Harlem, affordable housing comes with a price.

Dozens of workers are set to lose their jobs once the city begins work on a new cultural and residential center, which will likely contain both market-rate and affordable units, on a sparsely-built, low-rise block between 125th and 126th streets and 2nd and 3rd Avenues.

A gas station, a tire repair shop, an auto repair shop, a hair-braiding salon, a recycling business and a church are all facing eviction under eminent domain.

“They will never be able to re-establish those businesses again,” said lawyer Adam Leitman Bailey, who represents the tenants in their suit against the city to stop the eviction.

“It’s extra hard for any retail business that has a location everyone knows and doesn’t advertise. It’s impossible for them to relocate.”

The tenants’ struggle against eviction is part of a citywide trend. In many parts of Manhattan, Brooklyn and Queens, businesses are being pushed out to make way for residential development.

The resulting loss of jobs could pose a problem for Mayor de Blasio’s affordable housing plan.

Seth Pinsky, an executive vice president at development firm RXR and former head of the city’s Economic Development Corporation, argues that the de Blasio administration is in danger of placing too much emphasis on creating housing and too little on preserving the jobs that New Yorkers need to afford even rent-regulated apartments.

“Affordability is an issue of ratio between rent and income,” Pinsky said at a recent panel hosted by accounting firm, Eisner Amper. “The real challenge is that if you’re going to build 200,000 affordable housing units today, there’s a risk that much of it will displace businesses that employ people. I am not sure you can make up for the lost jobs.”

Pinsky said his greatest concern is over industrial employment, including manufacturing. According to the Center for an Urban Future, manufacturing employment in New York City declined from 201,200 jobs in 1997 to 76,300 in 2010. Although 600 net manufacturing jobs have been added since, the sector remains the weak spot in an otherwise strong job market.

Industry has been struggling across the Northeast, but its demise is particularly marked in Manhattan, where ballooning rents make it almost impossible to stay profitable.

In the Meatpacking District, the once dominant meatpacking industry is gradually being pushed out by new development.

While affordable housing programs by past mayors could make use of empty land, unused parcels in New York City are now almost impossible to find. This could make industrial sites a target for new development.

“If people are looking to build for new uses, the first place they’ll look is land that costs as close to nothing as possible. The land with the lowest value tends to be land with marginal commercial businesses, which are often industrial businesses,” Pinsky told Real Estate Weekly.

But industrial firms aren’t the only victims of residential development. Massey Knakal’s John Ciraulo, who brokers investment sales in Midtown South, has experienced the gradual disappearance of the mom-and-pop stores that once dominated the streetscape.

At 11 West 37th Street, a small bead manufacturer recently had to close when the building housing it made way for a new hotel development. On East 35th street, a bike store met a similar fate.

“This has been going on for a long time,” Ciraulo said recently. He explained that mom-and-pop stores can often only afford their Manhattan location if they also own the building. Once they decide to sell, they are usually unable to find affordable rents elsewhere and are forced to close their business.

According to city records cited by the Wall Street Journal, the number of gas stations in Manhattan below 96th Street declined from 33 a decade ago to 11 at the end of 2013 — most of them making way for development.

Investors Michael Shvo and Victor Homes paid $23.5 million for a gas station on West 24th Street in early 2013, while Ivan Hakimian’s Hakimian Properties has filed plans to build 45 residential units on the site of another gas station on East Houston Street.

Proponents of new development argue that jobs lost in industry and small stores will be more than made up by the city’s booming retail and services sector, and they have a point.

Employment in New York City across all sectors grew by 6.7 percent between October 2010 and October 2013, according to the New York State Department of Labor and the U.S. Bureau of Labor Statistics.

Between December 2012 and October 2013 alone, the city added 8,800 jobs in retail trade, 5,500 jobs in wholesale trade, and 14,100 jobs in leisure and hospitality, according to labor data analyized by Barbara Denham, an independent economist who follows the New York labor market.

“It is hard to argue that low-wage jobs are being pushed out of Manhattan,” said Denham. While small businesses are being displaced, she argued, new retail opportunities around Brookfield Place or Columbia University’s expanding campus are creating other jobs.

“In sum, I think there are winners and losers when there is new development in Manhattan, but depending on the neighborhood, the winners could easily outnumber the losers.”

But even if job loss in one sector is balanced out by job growth in another, individuals may still have a hard time switching professions.

A laid-off worker at an auto repair shop may not have the skills needed to be a clerk in a clothing boutique, and end up unemployed.

More importantly, Seth Pinsky argues, new jobs in sectors such as retail often don’t pay nearly as much as those lost in industry.

While industrial workers in the past generally earned enough to afford living in New York City, a Starbucks barista will struggle to afford even a rent-regulated apartment.

Pinsky argued that in order to preserve the city’s struggling industry, the de Blasio administration should “think carefully” about where to build its new affordable units, make sure zoning protects industrial businesses, and possibly subsidize them.