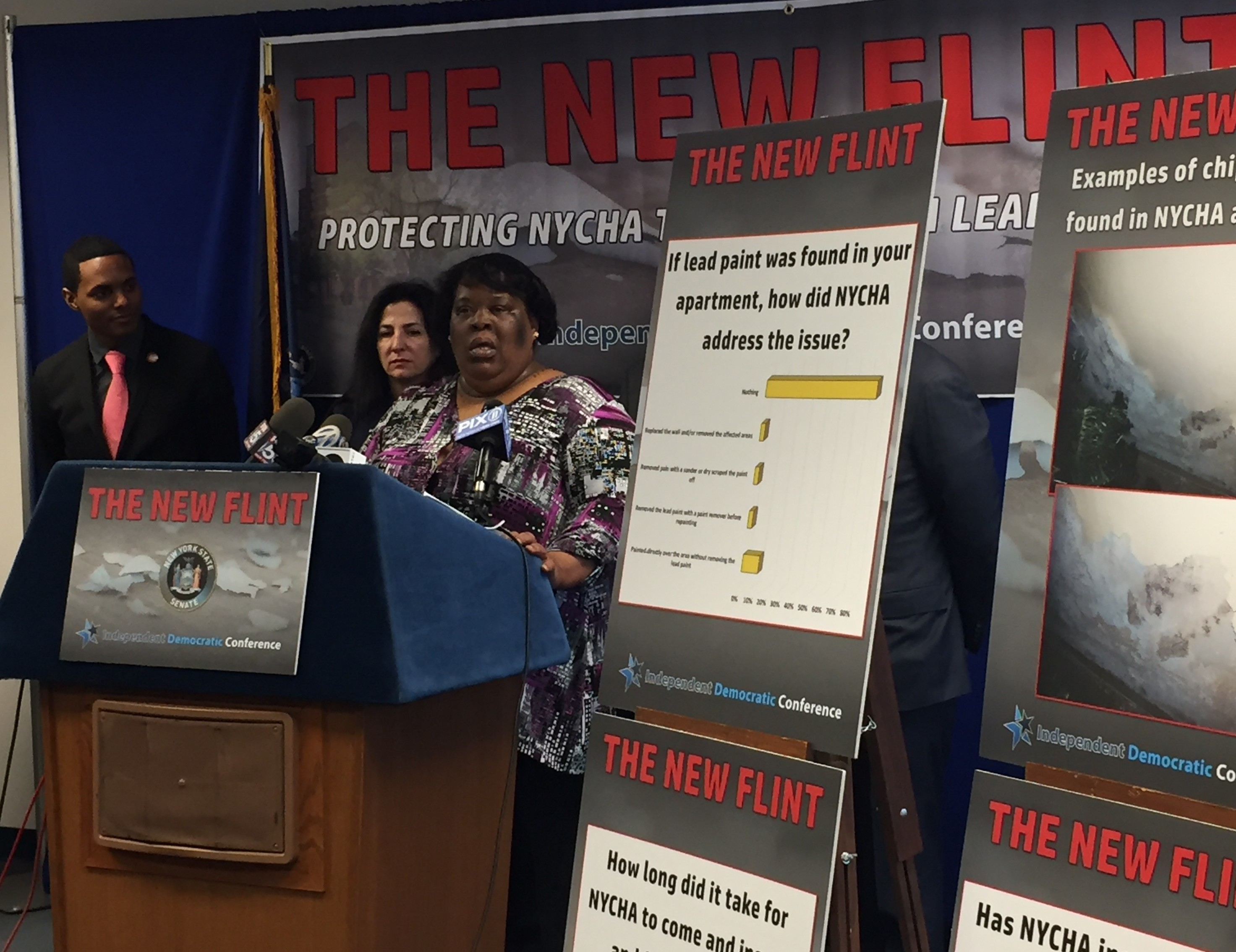 Comparing the current NYCHA controversy to the Flint water crisis, a group of state politicians has said private developers should be brought in to fix crumbling housing stock in exchange for “zoning benefits.”

“I think the time has come to have the experts step in,” said Sen. Jeff Klein. “Developers can put up a building very, very quickly. Just think of what they can do with making repairs to a roof, a boiler, an intercom system, and abate lead paint.”

The proposal was among several pushed by members of the Independent Democratic Conference on Monday in a report lambasting the city for dragging its heels on righting peeling or chipping lead paint in public housing.

“It’s important to have the similarities between the disaster that happened in Flint, Michigan, where 100,000 people were exposed to lead poisoning,” Klein said. “Here we are in New York and we have something that potentially is even worse because there’s 400,000 tenants in NYCHA who potentially could be exposed to lead paint poisoning.”

Klein also proposed a system that requires the cityʼs 311 system to field NYCHA complaints and create an independent state monitor for NYCHA.

His plan to allow developers to make NYCHA repairs would center around a zoning bonus he said could be awarded at the discretion of the City Planning Commission and NYCHA, adding it could be similar to the city’s affordable housing zoning bonuses.

Jeffrey Levine, chairman of Douglaston Development, said Klein’s proposal of translating NYCHA repairs to zoning benefits could unlock a lot of potential for both sides. Levine, a previous NYCHA resident, added that the City Council could figure out a framework where it benefits city housing the most, while appropriately rationing out the zoning benefits to developers.

“The bottom line is allowing improvements to create credits for the transactions is a wonderful achievement,” Levine said. “It could satisfy the need to create dollars for maintenance and capital improvements at New York City Housing Authority properties while selling air rights which cost nothing to create.”

The Department of Health and Mental Hygiene’s commissioner Mary Bassett criticized the group’s comparison with the Flint crisis saying, “These officials are playing politics with public health. “Comparing New York — a national success story in reducing lead exposure — to Flint is alarmist and wrong. Exposure rates among children in New York City has fallen 87 percent since 2005, and they are even lower among kids in public housing.”