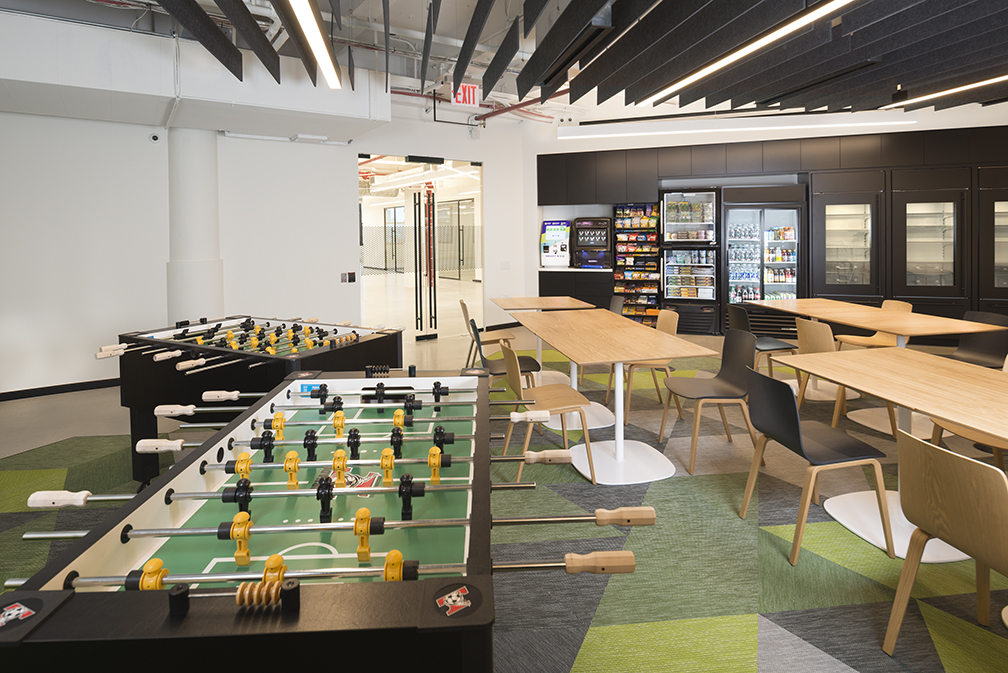 From beer-swilling freelancers fraternizing over foosball to buttoned-down Fortune 500 outposts, the flexible office market has grown up in the past two years.

The industry still targets lone wolf operators, startups and the short-term leases that accompany them, but it’s also catering to larger tenants that want to avoid decade-long leases without enduring the ragtag excitement and aesthetics of the stereotypical co-working environment.

“For companies that have reached a certain stage,” Eugene Lee, global head of real estate and business development at flexible office provider Knotel, said, “they might not want to bring an investor into an office where they have to walk through a maze of cubes to try and find their cube.”

As the flexible office landscape grows, landlords, realtors and, most notably, investors are buying into the concept.

Tenants, employees and landlords are all finding benefits in flexible office environments, according to a survey conducted by The Instant Group, a British company that specializes in placing tenants in co-working spaces, and HLW International, a New York-based architecture and interior design firm.

The consensus is that flexible spaces offer better services and attract a wider variety of tenants. Both landlords and employees are unsure of the model’s longevity, but corporate tenants view it as a way to diversify their office portfolios while better synchronizing their real estate holdings and staff sizes.

Edward Harbison, a spokesman for The Instant Group, said corporate tenants first came to the flexible office market for special projects space solutions and experimental offices in new markets. They’ve stayed for the freedom and amenities.

Harbison credits WeWork with creating a coworking cache that paved the way for this trend.

“In the commercial leasing world, the real estate guys were always seen as the guys with the calculators, the nerdy guys who made sure costs didn’t get too high,” he said. “Now, WeWork has people occupying these really trendy and quite dominating spaces and they’ve essentially become cool.”

WeWork has been the most successful player in the coworking game, amassing millions of square feet and drumming up a public valuation north of $20 billion. Most tenants, though, are not tied to a particular brand, with only 26 percent of respondents in The Instant Group’s survey saying it played a factor in their decision. Others, particularly corporations with their own cultures and identities, would rather not be inundated with logos from their lease provider, Harbison said.

This is where Knotel and its peers come in. Founded in 2015, this New York-based office provider specializes in flexible leases for exclusive offices rather than shared space. Lee said his company leaves no fingerprints on its offerings and that’s the way customers like it.

“The idea is that a company can sit and work out of a Knotel without having to know it’s a Knotel,” he said.

“Our spaces fill up very quickly,” Lee said. “This isn’t a build-it-and-they-will-come kind of dream, they are coming.”

Last week, Knotel landed an investment from Newmark Knight Frank. The amount of money was not disclosed, but it came with high praise from the publicly-traded advisory firm for the platform and the “tremendous growth and long-term opportunity in the flexible office market.”

Knotel leases, which are typically three to five years in length, include furniture, cleaning services, utilities and Internet but none of the entertainment-oriented amenities that are common at coworking offices.

Tenants still pay a premium for these leases but Lee said that’s not an issue for the growing number of companies that are uncertain of their long-term future. He also pointed to the on-demand nature of the sharing economy as a motivator for the shift in tenant preferences.

“We think it’s crazy to stand out in the rain trying to hail a cab when we can order an Uber with the press of a button,” he said. “People are starting to think of office space in that same way, why should I try to predict with some insane amount of accuracy what my business will look like 10 years from now?”

Industrious is another New York-based flexible office provider that has seen an uptick in interest from Fortune 500 companies, though most of its offerings are coworking spaces. This week it closed on an $80 million round of C Series funding with investments from the likes of Riverwood Capital, Fifth Wall Ventures and Wells Fargo.

Jamie Hodari, the company’s co-founder and CEO, said corporate and enterprise tenants value the hospitality offerings as well as the ready-made workspaces.

“From a capacity and flexibility standpoint, businesses of all sizes are having an increasingly difficult time meeting their workplace needs,” he said. “From adding flexibility to their real estate decisions to eliminating the need to run facilities or even building out employee engagement activities, outsourcing workplace solutions to Industrious gives companies a better, more flexible workplace than they can create on their own.”

In the survey, a majority of landlords saw benefits to offering flexibility and 72 percent agreed that it helped to have a partner company with a reputable brand name handle short-term leasing.

Harbison acknowledged some landlords might be tempted to cut out the middleman by offering short-term leases themselves but few have shown the acumen to handle the various nuances required to do so. Similarly, he doesn’t foresee flexible office providers investing in their own assets anytime soon.

In some cases, he said, landlords and flexible office providers are joining forces, pointing to Blackstone’s acquisition of The Office Group in June 2017.

Earlier this month, the William Kaufman Organization consolidated office suite amenities such as pantries, lounges and meeting rooms on the floors of 2 Gansevoort Street. Tenants will still have their own offices but each will offer more usable space because of the shared, centralized amenities. WKO has branded this offering “Swivel” because each office will feature a rotating wall that can subdivide the space into small, private meetings.

“This was possible in today’s market because of the sharing economy,” he said. “I don’t think five years ago mature companies would have accepted something like this but now people are more open-minded for tradeoffs, especially when there’s a cost saving.”