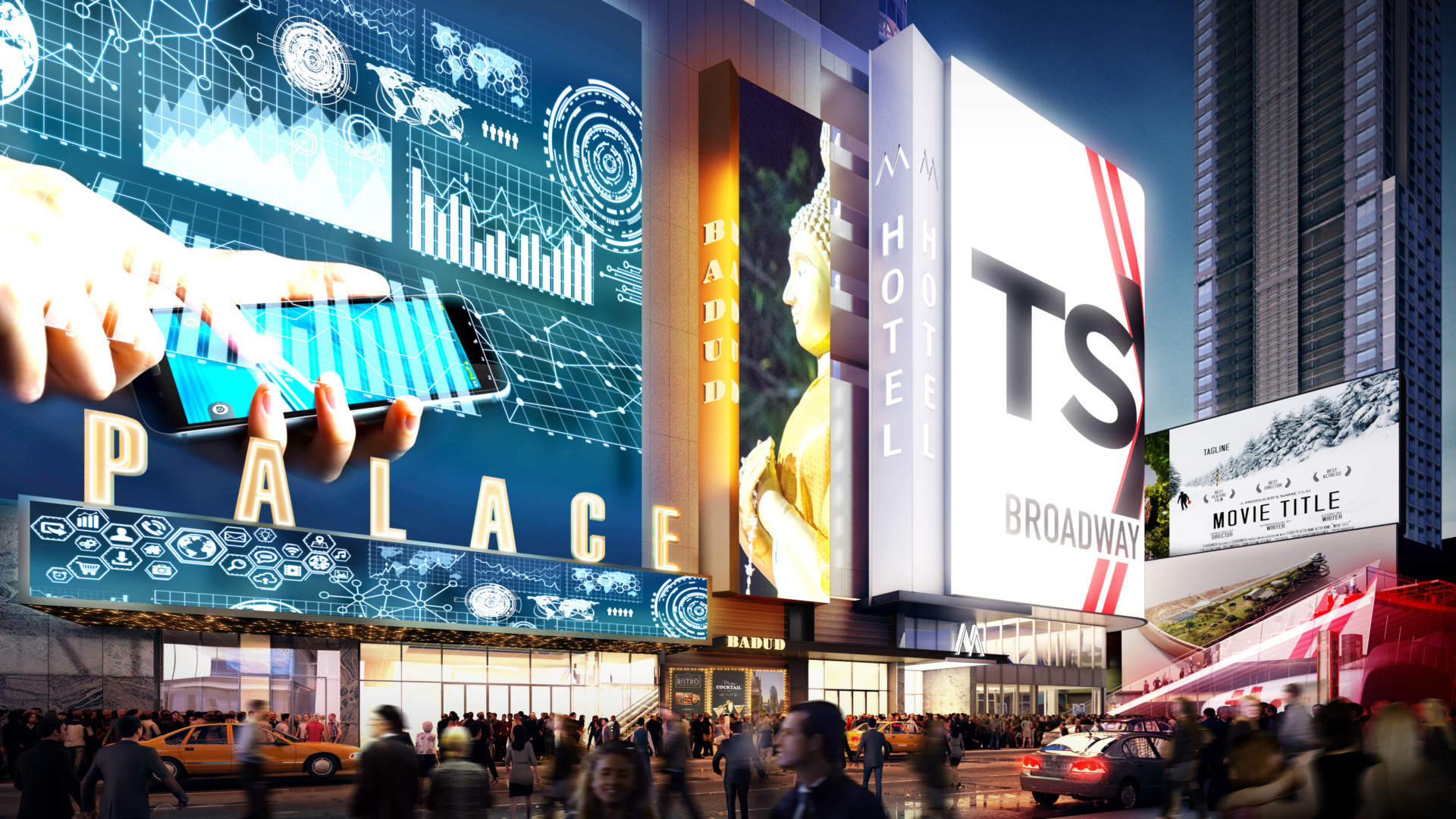 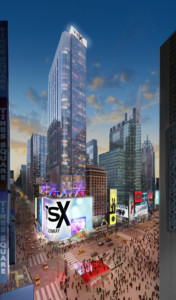 Calling the new 550,000 s/f 46-story tower a “full-building promotional platform built for a new era of retail, advertising and marketing,” the developers said work will get underway this winter on the site at 1568 Broadway.

The tower atop the landmarked Palace Theater will be demolished and the 1,700-seat theater will be elevated 30 feet and secured within TSX Broadway’s third floor where it will undergo a complete renovation.

The $50 million renovation effort will restore the theater’s interior to its original glory, delivering one of the most important theater restorations in the history of Broadway.

In addition to interior restoration, new infrastructure and technology will be integrated into the 105-year-old structure. To prepare for the Palace Theater elevation, existing trusses will be removed, followed by the theater’s 30-foot lift. Once completed, an entirely new structure will be built around the Palace Theater.

“The future of Times Square will be shaped by its ability to maintain a lasting tradition of innovation and creativity,” said David Levinson, Chairman and CEO of L&L Holding Company. “The area’s existing real estate is not equipped to host global brands with the most innovative technology. Through a dramatic intervention, TSX Broadway will replace an aging hotel and sub-par retail with a state-of-the-art, experiential global branding platform in the heart of Times Square, the most visited pedestrian destination on earth.”

“This incredible project will be transformative for the advertising, marketing and retail industries. It combines all the key elements that brands are required to consider in today’s marketplace. TSX Broadway will be the only, full-building brand platform – located in the most powerful advertising market in the world,” said Andrew Essex, Founding CEO of Droga5 and author of, The Death of Advertising: Why it Had to Die and the Creative Resurrection to Come.

Essex, a consultant on the project, worked alongside the development team to help rethink how brands have traditionally used physical space to combine retail, experience and performance to activate an entire building as a brand platform.

Exclusive features of TSX Broadway include the only permanent outdoor stage in Times Square and the most technologically advanced signage and lighting package in New York City.
The stage will be suspended 30 feet in the air, overlooking the TKTS Red Steps and an 18,000 s/f LED sign will be the largest transactional sign in Times Square.