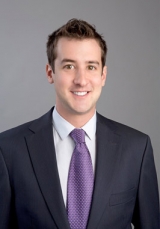 ERG Property Advisors announced the availability of 2177 Ocean Street, Marshfield, MA. The property is on 1.75 acres and the

building is 11,597 s/f. The subject property’s lease is backed by the full faith and credit of Walgreens. The building is a class A quality construction and was completed in 2009. This is an absolute triple let lease with 20 years remaining on the lease. There is one 50 year option to renew. The cap rate is projected at 5%. The asking price for this property is $8,580,000. Andrew Greenberg, Evan Street and Jeffrey Wolfson are handling the assignment.
•••
TerraCRG has been retained as the exclusive agent for the sale of 172 Skillman Avenue in the East Williamsburg section of Brooklyn. Ofer Cohen, Melissa DiBella, Dan Marks, Peter Matheos, and Michael Hernandez are representing the seller and have presented the property with an asking price of $4,500,000. The new construction, four story, 6,300 s/f property consists of 8 one-bedroom apartments. The property is mostly occupied with just one vacant unit, and most of the leases ending in one year. Current rents in the building average $54 psf, with tenants paying their own electric, gas, and heating. The building has 13 years remaining on a 15 year 421-a tax abatement.
•••
Kalmon Dolgin Affiliates, Inc. (KDA) has been named the exclusive sales agent for a 2,500 s/f development site at 108 Frost Street between Leonard Street and Manhattan Avenue in the Williamsburg section of Brooklyn, NY. The exclusive sales listing will be handled by Kalmon Dolgin Affiliates broker Fred Rufrano. The vacant site is zoned R6, and is ideal for a residential development of up to 6,750 buildable s/f, or a community building of up to 12,000 buildable s/f. The L subway stop, B43 and B48 bus routes, and the Brooklyn Queens Expressway are located a few blocks away.
•••
Royal Properties, Inc. announced the following exclusive assignments:
• Cheshire Shopping Center located at 905-969 South Main Street at the south end of Cheshire, Connecticut. This 81,100 s/f shopping center is located on 9.3 acres and includes co-tenants such as CVS, Pier 1 Imports, Radio Shack, Jake’s Wayback Burgers, FoodWorks Natural Market and YMCA. It has on-site parking and close highway access to I-84, I-91, I-95 and Route 691. Traffic counts along South Main Street average 19,827 vehicles per day. Both Jake’s Wayback Burgers and Wine Merchant are under construction and will be opening this summer. Staples will be vacating in July 2014 allowing 15,000 square feet available for lease. Jeff Kintzer is handling the assignment.
• A Walgreens anchored shopping center at 235 Main Avenue (Route 7) in Norwalk, CT. Co-Tenants include SuperCuts, Subway, Peachwave Frozen Yogurt and more. Located near the Route 7 connector, Norwalk Hospital and the Merritt 7 office complex this center provides on-site parking and currently has a 2,156 s/f space for lease. A 1,679 s/f space can also be made available and combined to provide 3,835 s/f. Jeff Kintzer is handling the assignment.
•••
NAI James E. Hanson has been named exclusive leasing agent for two office units within 5 Paragon Drive, a Class A office building in Montvale, N.J. Judy Troiano, CCIM, and managing director Scott Perkins, SIOR, is overseeing the assignment. The larger unit is 22,592 s/f and features an open office layout, private offices, training and conference rooms, an executive suite, large kitchen and ample storage space. The second, smaller unit of 8,773 s/f is contiguous and features a similar combination of a large open office layout, private offices, conference rooms, a private bath with shower and storage space.
•••

EPIC Commercial Realty has retained the exclusive listing for the sale of a residential building located at 8 Convent Avenue between 127th and 128th Streets in Manhattanville. The property is listed for $1,350,000 by Yona Edelkopf, CEO of EPIC Commercial Realty. The building stands three stories tall and consists of four residential units. The current built area for the property is 1,850 s/f with a total of 3,196 buildable square-footage. 8 Convent Avenue is located three blocks from the 125th Street station of the A, B, C and D subway trains and is in close proximity to St. Nicholas Park and Morningside Park.

Bill Simson and Franco Fellah at HK Group have finalized the sale of the property at 950 Post Road East, Westport, CT for the price of $3,750,000. HK Group represented the buyer, Forstone Capital, LLC, while Tim Gibbons of First Street, Inc. represented the seller Humble Westport, LLC. The 950 Post Road East building is currently leased to Men’s Wearhouse, Inc. The 6,843 S/F retail building was built in 1989 and sits on a 0.64 acre lot zoned HSD – Highway Service District.
•••
Massey Knakal announced the following sales:
• A multifamily building at 213 Green Street in Brooklyn’s Greenpoint neighborhood, was sold for $1,750,000. The four-story brick