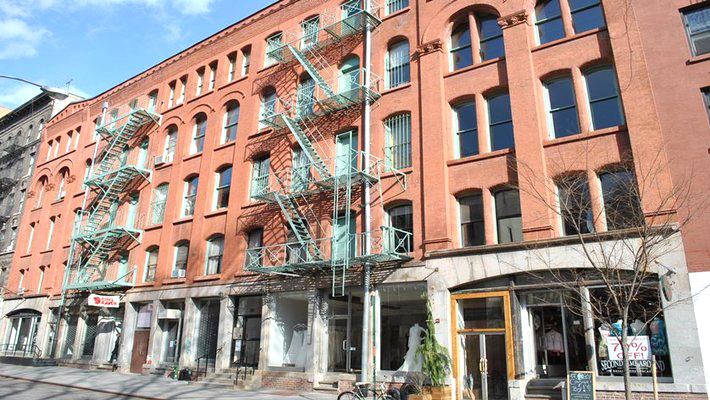 ON THE SCENE: Compass closes on Mott Street retail condo

Marcus & Millichap has sold 1065 Summit Avenue in the Bronx, John Krueger, Regional Manager and Vice President of the firm’s Manhattan, White Plains, and New Haven offices, has announced. 1065 Summit Avenue is a 26-unit multifamily building and sold for $2,925,000.

The transaction was brokered on both sides by Peter Von Der Ahe, Seth Glasser, Michael Fusco, and Isaac Lipton of the firm’s Manhattan office. The buyer and seller were both private investors.

The asset encompasses 40,500 gross s/f. The 26-uit mix consists of one, two, and three-bedroom apartments. Located in the Highbridge section of the Bronx, 1065 Summit sits between West 165th and West 166th street, within walking distance of the 4, B, and D trains.

Adelaide Polsinelli, vice chair of Compass, has closed on the sale of a retail condo at 262-272 Mott Street, in Nolita for a price of approximately $3,100 psf.

The retail unit is currently occupied by TAGS, a boutique featuring fashion finds from around the world. The property is located in the middle of the tree-lined historic Mott Street, directly across from St. Patrick’s Old Cathedral, between Prince and Houston Streets.

The retail stores at the base of this luxury loft condominium conversion, along with three levels of below grade storage units, were sold by Polsinelli for $26 million, in 2016. Last year, she flipped three of the units, which were under contract to a new owner. Originally built in the 1850s, as an armory, 262-272 Mott Street was converted to luxury residential loft condominiums in 1992.

Also included in the sale was a 20,000 s/f vacant lot located across the street at 239 Platt Avenue. The lot is used for additional customer parking. Located 1.5 miles from I-95, the major north-south thoroughfare in Connecticut, West Haven has a dense concentration of single-family homes, local businesses and commercial enterprises. The West Haven beach and shoreline is 0.5 miles south east of the Shopping center.

The property was sold to a family owned real estate holding and management company based in Yonkers for a sale price of $2,100,000. The sale completed a 1031 Tax Free Exchange for the Buyer.

Cenicola’s ability to market and sell properties has helped her to forge a strong working relationship with Wells Fargo, one of the nation’s largest banks, as they seek to dispose of assets that no longer align with their long-term real estate strategy. Over the last five years, Cenicola has represented Wells Fargo in 28 transactions valued at $38 million during that span.

Brix Real Estate Advisors has announced the $6.3 million sale of a 36-unit, six-story multifamily building at 55 East 196th Street in the Kingsbridge Section of the Bronx.

According to Barbaccia, the sale price represents the “highest price per unit” for a multifamily building in the Bronx in 2020. Twenty-seven out of 36 units in the building are free market. The building was built in the 1940s and it sold for 10.28 times the current rent roll at $177 psf or $175,000 per unit.

The sellers’ family built the property in the 1940s and the grandchildren of the original developer/owner have operated and managed the property.

Having been the office of the late, Dr. Arthur B. Benjamin D.D.S. who did reconstructive work with Sloan Kettering, new owners Dr. Sook Young Kim and Dr. Byung K. Choi work in the field of Endodontics as well. They bought the office from Benjamin’s estate.

Situated just steps from Lex/59th St.and F subway stations as well as the crosstown bus and Q32 bus to Queens, this practice features three equipped examination rooms and an office and powder room. This south facing space has a planted setback terrace. French door windows open out onto the terrace which spans across two of the exam rooms. All utilities are included in the roughly $3,000 monthly maintenance.

Josh Banilivy of Friedman-Roth Realty Services has been appointed exclusive sales agent for a Mott Haven mixed-use building located at 260 Brook Avenue. The building, which sits at the corner East 139th Street, contains 25 large apartments and six retail stores. This location is just steps from an array of national and local retailers, and the 6 subway line. Property is being offered at approximately a 5.25 percent cap rate. The asking price is $6,800,000.

Located on nearly 7.5 acres, the property features approximately 5,500 s/f of office build-out, 18 and 30-foot clear ceilings, four loading docks and one drive-in door, 40’ x 60’ columns in most of the building and 3,000 amps of power – as well as expansion potential – enable 68 County Line Road to serve a range of requirements.

According to Cushman & Wakefield research, the region at the close of the fourth quarter had seen 26.6 million s/f of year-to-date industrial leasing, bringing vacancy to another new record low of 2.8 percent.

The Tri-State Investment Sales Group of Avison Young is marketing the sale of a development site at 617-621 Second Avenue in Murray Hill. The 4,319-s/f lot sits at the corner of 34th Street and Second Avenue and has the potential for a combined 43,190 s/f of residential and retail development.

The property is being marketed by an Avison Young Principal and Head of Tri-State Investment Sales James Nelson, Directors Daniel Tropp and Gabrielle Simon and Associate Alexandra Marolda.

The property consists of three adjoining lots, all of which are zoned C1-9A and have a maximum residential FAR of 10.00x, allowing the buyer to develop up to 43,190 s/f. The property features a combined 132 feet of wraparound frontage split between two of the neighborhood’s strongest commercial corridors, East 34th Street and Second Avenue, offering prospective retailers visibility.

The East 33rd Street Station and NYC ferry service are both nearby.

This site currently houses a 12,000 s/f, one-story former furniture manufacturing warehouse in a designated Opportunity Zone. As a development site, the property may be built to 78,240 s/f for office and light industrial use.

The seller, 27 Dgny, Inc., has manufactured furniture under the brand name WONK but is no longer doing so.

Cushman & Wakefield has been retained on an exclusive basis to arrange for the sale of 1300 Southern Boulevard, an 8,200-s/f retail and office property located in a federally-approved Opportunity Zone in the Bronx.

1300 Southern Boulevard is an 8,200-s/f, two-story retail and office property located in the Bronx on the east side of Southern Boulevard between Freeman and Jennings Streets. The property features two separate ground floor retail units along with two office units located on the second floor. One of the ground floor units is currently being occupied by a tenant on a month-to-month basis, allowing the option of being delivered completely vacant to a user or investor to capitalize on. This property comes equipped with R7-1 and C1-4 zoning.

The Tri-State Investment Sales Group for Avison Young is exclusively marketing the sale of a townhouse property at 207 West 22nd Street as well as the leasehold interest of the adjacent 205 West 22nd Street building, located in Chelsea.

An Avison Young team comprised of Director David Shalom and Associates Alexandra Marolda, Bradley Rothschild and Carter Lovejoy have been engaged by ownership to market the offering.

The currently vacant properties have a combined 33 feet of frontage and 5,515± total grosss/f, comprised of three fair market units across five floors. Each townhouse includes one two-bedroom duplex, one, one-bedroom duplex and one floor-through one-bedroom.