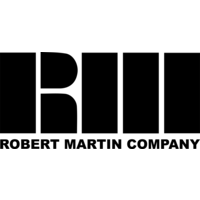 Following up on the recent launch of its RMC Bio1 initiative, Robert Martin Company announced it has selected BAM Architecture Studio (BAM) to help lead the effort in designing its laboratory and office space in Westchester County.

BAM will work directly with RMC Managing Director Laurence Gottlieb, who joined the firm in late 2019 and launched RMC Bio1.

RMC Bio1 is designed to assist start-up science and technology companies with their transition from regional incubator and accelerator programs into “graduation” spaces, which are flexible laboratories and offices designed especially for high-growth potential companies utilizing the latest in research and development workflow techniques.

BAM, which has offices in New York City and Los Angeles, has worked with some of the area’s top life sciences and healthcare providers such as Regeneron Pharmaceuticals, Acorda Therapeutics, BioMed Realty Trust, Westchester Medical Center, White Plains Hospital, as well as Harlem Biospace and Weill Cornell Medicine among others.

RMC CEO Tim Jones said, “We selected 12 Skyline because of the property’s proximity to so many other important assets that are critical to growing a viable life sciences and health technologies community.

“RMC Bio1 will eventually encompass a multitude of critical components, but our core principle is developing workspaces dedicated to rapidly expanding, STEM-based companies who are seeking state-of-the art laboratories and workspaces that are flexible, smartly designed and cost-effectively delivered. That is the Robert Martin approach,” said Gottlieb.

“Robert Martin Company has a phenomenal reputation in real estate development, so we are quite honored and excited to collaborate with their team by applying BAM’s extensive lab and office design experience into the realization of the company’s vision for their RMC Bio1 initiative,” noted Ross Cole, founder and Principal of BAM Architecture Studio.

The first phase of design will begin immediately with construction expected to begin in Fall of 2020.