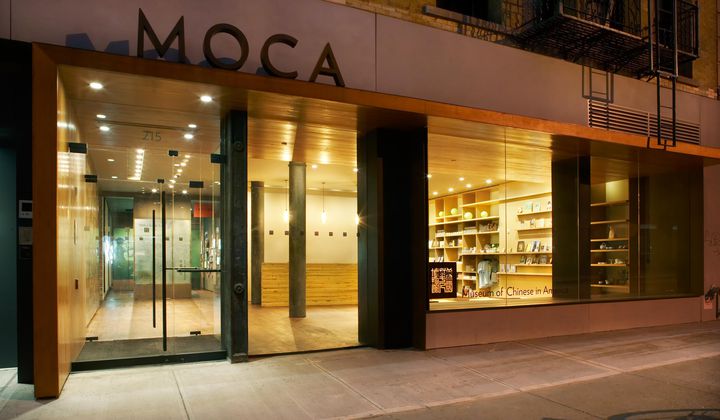 NYC Department of Citywide Administrative Services (DCAS) Commissioner Lisette Camilo announced plans to recover additional tenant belongings at 70 Mulberry Street in Chinatown and to begin the first phase of deconstruction of the building.

The work includes recovery of the collections of the Museum of Chinese in America (MOCA) and items belonging to United East Athletics Association and Chen Dance Center.

The city-owned building, which was home to several community and cultural organizations, was devastated by a fire on January 23.

The first phase of deconstruction began last week and targets some of the most badly damaged parts of the building.

The city determined that the first phase of deconstruction is necessary due to extensive, irreparable damage to the building.

During deconstruction, the city will be able to access parts of the building that have remained inaccessible to date due to unsafe conditions in the building. The phased approach will allow the city to recover the remaining archives of the Museum of Chinese in America (MOCA) next week.

“Today marks the beginning of a rebuilding process for this cherished part of the Chinatown community,” said Lisette Camilo, Commissioner of the NYC Department of Citywide Administrative Services.

“We are pleased that we will now be able to access the priceless museum artifacts and tenant belongings that have previously been inaccessible due to unsafe conditions inside the building.”

“Following the loss of the vital community hub at 70 Mulberry, today’s announcement gives us great hope,” said Kathleen Hughes, Acting Commissioner of Cultural Affairs. “The recovery of the history and the cultural treasures that remained in the building while safety issues were addressed is welcome news. ”

In the immediate aftermath of the fire, the City of New York assisted each organization with finding temporary workspace and with the recovery of hundreds of boxes of museum artifacts belonging to MOCA.

Following investigations by appropriate authorities, the city began preparations for a potential deconstruction in order to accelerate the timeline for accessing items trapped in the building.

A contractor has been on-site for weeks preparing for a safe and orderly deconstruction. The full, first phase of deconstruction is expected to take four months.

Since the fire, the NYC Department of Environmental Protection has conducted air monitoring for the presence of asbestos fibers and all samples have tested negative. The air monitoring will continue during the work to demolish the building.

Traffic on Mulberry Street has been confined to one lane and that is expected to continue.

Bayard Street was closed to traffic following the fire and is expected to remain closed.

The city expects that the building will be rebuilt and continue its role as a vital asset for the Chinatown community.

ON THE SCENE: Compass closes on Mott Street retail condo