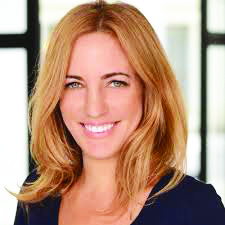 Adelaide Polsinelli, vice chair of Compass investment sales division, along with Trystan Polsinelli and Michael Hahn, has been hired to sell a two-story commercial condo at 424 West 49th in Hell’s Kitchen. the 3,500 s/f unit occupies the first two floors of the building and has three separate entrances and elevator access. The column-free space will be delivered vacant. It was formerly occupied as a theater with a full bank of skylights and exceptional acoustics. Situated between Ninth and Tenth Avenues, it is steps away from the subway, and Port Authority Bus Terminal.

Ariel Property Advisors has been retained to sell 522 Evergreen Avenue, a newly-constructed multifamily building in Bushwick. The asking price for the 8-unit property, which benefits from a 421-a tax exemption, is $4.1 million. Built in 2019, the 25 ft. wide building sits on the south side of Evergreen Avenue. Spanning 5,612 rentable square feet, the four-story property is comprised of two ground-floor duplexes and six one-bedroom units. Ariel Property Advisors agents Matthew L. Gillis,  Matthew Davis and Sean R. Kelly, Esq, are representing the seller.

JLL Capital Markets experts have been selected by Delshah Capital LLC to market 321 Lenox Avenue, also known as 101 West 126th Street, in Harlem. The six-story building features 32 residential units and one commercial unit and is located within an opportunity zone. Delshah Capital is currently accepting proposals. The building’s current retail tenant is the Corner Social Bar & Restaurant, one of Harlem’s most popular gathering places since its opening in 2011. Following a substantial rehabilitation of the property in 1986, all of the apartments were fully deregulated and are currently on fair market leases. The building’s boiler, electrical system, elevator and roof all underwent recent upgrades, and the building is sub-metered for both gas and electric. The JLL professionals overseeing the sale assignment include Hall Oster, Paul Smadbeck, Teddy Galligan, Conrad Martin and Braedon Gait.

David Marciano of Westbridge Realty Group has been retained as the exclusive broker for the $9.9 million sale of 88 9th Street, a 222 by 200 ft. lot in the Gowanus section of Brooklyn. The site contains 44,400 s/f with 300 units of self-storage (Slope Storage), along with a U-Haul franchise. The site is located directly under the F and G subway line and is also walking distance to the R subway train. The asking price of $9.9 million equates to $223 per square foot and a 7.11% cap rate.

Rosewood Realty is marketing a joint venture or purchase of 55-59 Chrystie Street, a 6-story elevator office/retail building currently in bankruptcy. The 46,365 s/f property, located in Lower Manhattan, is architecturally significant and boasts 75 feet of frontage. The ground floor is comprised of two retail spaces, and the second through sixth floors consist of office/commercial. The property has vaulted ceilings, original beams, modern upgrades, and outdoor patio and roof deck. Built in 1900, the building underwent significant capital improvements in 2014 and 2016, modernizing while accentuating the character of the existing structure. $1,900,000 was spent on updates to the common areas, loft, and office spaces. Greg Corbin is handling the assignment.