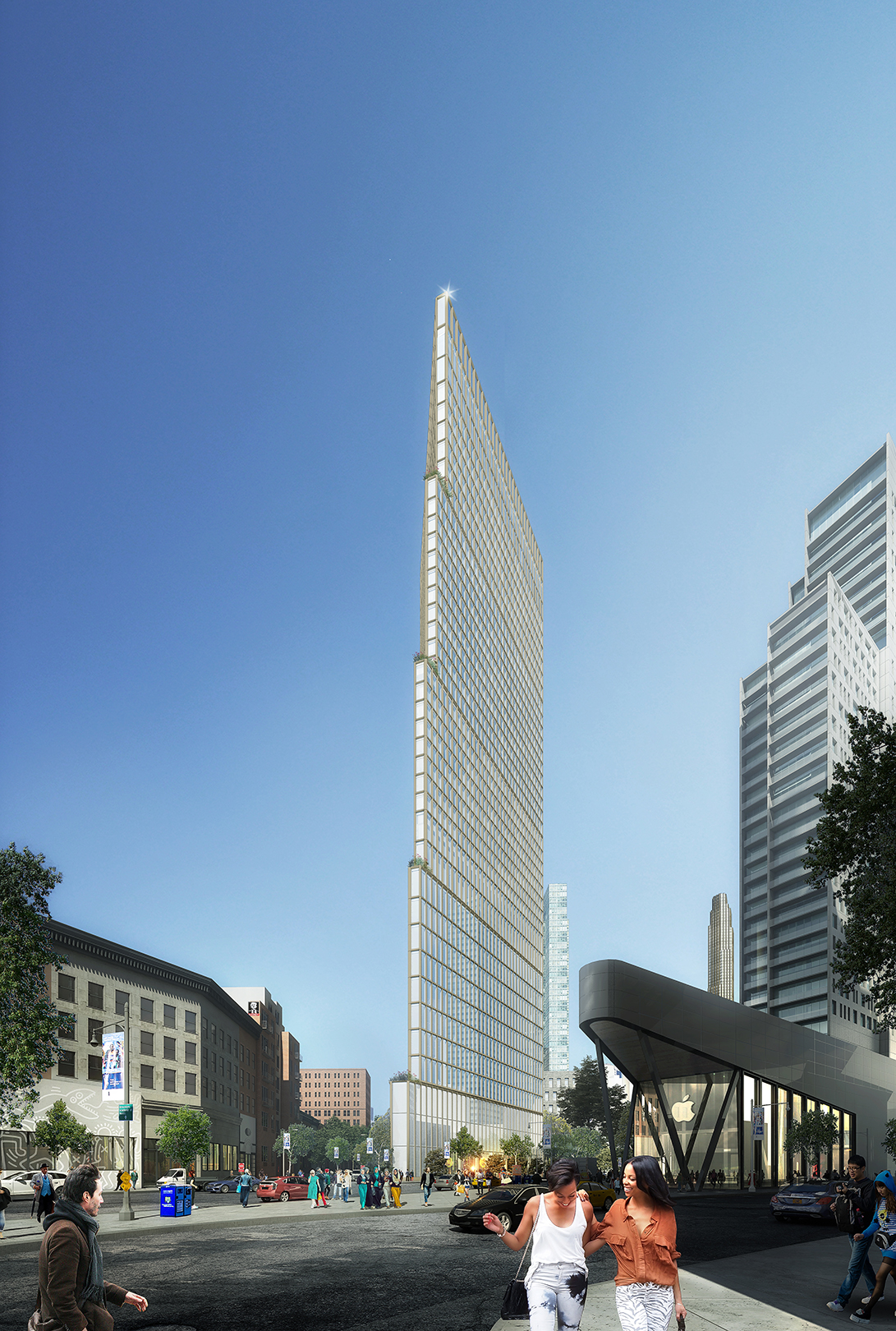 Alloy Development announced that 100 Flatbush, the first tower of its planned 80 Flatbush project in Downtown Brooklyn, will be 100 percent electric – the first of its kind in the city.

At the same time, the project’s two new public schools will be the first in the city designed to Passive House standard for energy efficient building construction.

The 38-story, 500-foot-tall building and passive house schools are expected to break ground next spring.

The electric building is designed by Alloy, while the Architecture Research Office is designing the two public schools – an elementary school and a new Khalil Gibran International Academy high school.

“As developers, we should be doing everything can to plan for the future,” said Alloy CEO Jared Della Valle. “In the same way that we aren’t running copper phone lines to each apartment anymore, we don’t think running gas lines makes sense either. All electric and Passive House are not only perfectly possible, they’re sensible. The recent moratorium from National Grid on new gas connections provides an opportunity: like steam and fuel oil before it, it’s time for gas to go. We encourage others to move away from fossil fuel technologies and toward renewable, healthy environments, and to do it now.”

Jonce Walker, a senior associate with Thornton Tomasetti, which is providing passive house, energy modeling and Climate Mobilization Act consulting as well as high performance building analytics for the project, said, “Alloy’s decision to go with an all-electric building not only eliminates the burning of fossil fuels on-site, but locks them into an electrical grid that will only get cleaner over time.

“We are proud to be collaborating with Alloy on this carbon lean project, which will raise the standard for new developments.”

All functions within the building typically run by natural gas will be replaced to run off electricity.

For example, residential units will feature induction cooktops and heat pump dryers and base-building systems like hot water heating and HVAC will be completely electric.

The overall 80 Flatbush project, which comprises five buildings old and new, will include nearly 900 units of housing including around 200 permanently affordable units, 200,000 s/f of Class A office space, 40,000 s/f of retail space and the two new state-of-the-art schools.

The project includes no car parking and is located directly adjacent to one of the largest transit hubs in the city, Atlantic Terminal.

Construction of the first phase of 80 Flatbush, which will include the electric tower and two public schools, is expected to be complete by 2023.

The second phase, which will comprise a 69-story residential, office, and retail tower designed by Alloy (which will contain the approximately 200 units of permanently affordable housing) along with the rehabilitation of the existing 362 Schermerhorn buildings, is expected to be complete by 2026.

The project was approved through the City’s Uniform Land Use Review Procedure in September 2018.