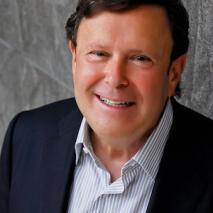 Maybe it takes an unusual person to give a dusty educational institution a new direction.

When Jack Nyman took over the executive directorship of the Steven L. Newman Real Estate Institute at Baruch College seven years ago, it was a little known, financially unstable subdivision offering a modest number of professional and certificate courses in real estate. During his tenure, Nyman has expanded both enrollment and the course offering. The institute now offers courses in sustainable design, LEED and affordable housing management on top of its bread and butter appraisal and sales certificate programs.
The institute has also increased its visibility through a string of conferences on topics ranging from building techniques to urban planning. Its latest conference, a Verge Salon On September 16 in New York, has the headline “Next-Gen Buildings and Cities,” touching on a subject that’s very important to Nyman: sustainability.

“One of the largest sources of greenhouse gas emissions is how we live,” he said, adding that he is seeing a paradigm shift “from a me generation to a we generation.”

“Our whole history has been about bettering ourselves. But now this is beginning to shift,” he said, citing the work of government institutions and non-profits as examples. His interest has colored off on the institute’s curriculum. It currently offers four courses in sustainability – including “Fundamentals of Sustainable Design” and “Sustainability for Existing Buildings”.

Taking a trade school for budding real estate professionals down the path to dealing with the great questions of the 21st century through curriculum and conferences is an unusual decision. But Nyman is also an unusual person. In the streamlined world of real estate, he has not been afraid to stand out.

Nyman grew up in Toronto as the son of immigrants from Poland. His father was a successful clothing manufacturer, which Nyman partially credits for his interest in architecture. He grew up playing with forms on factory cutting tables. His father took him on sales trips to New York, showing him dresses in shopping windows and sketching down how they were sewn together.

“What I learned is that what you see is a complex pattern,” he recalled. “It’s a puzzle that has to fit together and the end result has to be functional. This translates into real estate.”

Despite his early interest in forms and architecture, Nyman decided to study applied psychology at NYU, graduating magna cum laude. But he kept a focus on real estate. His bachelor’s thesis was on the psychological and physiological effects of the built environment on people.
After pursuing graduate studies in urban and regional planning at the University of Toronto, Nyman got a real estate license and wound up as executive assistant to a Toronto lawyer who had started a real estate banking and trust company. He rose up to become a senior vice president of investment banking, underwriting more than $1 billion in loans.

Upon leaving the company, he set out on his own and founded two firms – a land development company and a real estate investment syndicator. Both became very successful, according to Nyman’s account, but the work didn’t truly fulfill him. So, in his forties, he took the unusual step of selling his interest in the companies and enrolling in a Masters program in architecture at the University of Arizona, where his thesis won a prize and became the L.A. jazz museum. He then went on to pursue a Masters degree in real estate development at Harvard with a specialization in finance.

Nyman believes his extensive education and work experience – combining finance, real estate development and architecture – make him an ideal fit for the multidisciplinary Newman Institute, where he took over right after moving to New York with his wife seven years ago.

In his quest to modernize the institute, Nyman is about to launch what he calls the first national online program in energy asset management. Seventy percent of the program’s fees will be covered by New York State grants.
“I’m a workaholic,” he said. “You have to love what you do, and I love it.”
заём