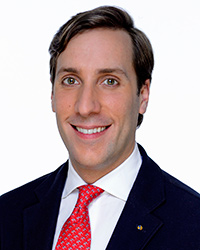 Chinese and Latin American buyers may be all the rage, but beyond the headlines European real estate funds are quietly continuing their expansion into New York City.
New York-based Black Tulip Fund is the latest, officially launching last week with a $150-million target. The company claims to be the first real estate fund in the U.S. targeting only French investors.

In New York, the fund has signed option contracts for a number of walk-up, pre-war multifamily buildings in Hell’s Kitchen and Harlem at prices between $2 million and $6 million. Balanda, who founded Black Tulip with Paul Bougnoux, said he plans to focus on these two neighborhoods and close on two deals by mid-September. “I live in Hell’s Kitchen, so I know the neighborhood well,” Balanda said, adding that he likes Harlem’s potential for growth.

Echoing the general refrain on foreign buyers in New York City, Balanda said French investors see New York real estate as a way to get stable, regular returns. “The situation in France is very complicated, politically and economically,” he said, adding that real estate investments there usually generate a mere three percent return per year.
Black Tulip plans to invest conservatively in Manhattan, targeting cap rates around five percent. Eighty percent of the $75 million earmarked for New York will flow into existing properties, while the remainder will finance small new developments, Balanda said.
So far, the company has only raised $10 million of its planned $150 million.

Balanda, a former attorney who is originally from France, moved to New York in 2010. He said his first stint in local real estate was in 2011, when he marketed and sold 35 Trump Soho units to French buyers. Having started at Douglas Elliman, Balanda has since moved to Corcoran, where he is still a broker. займ онлайн

Commuter traffic from Jersey expected to double by 2030