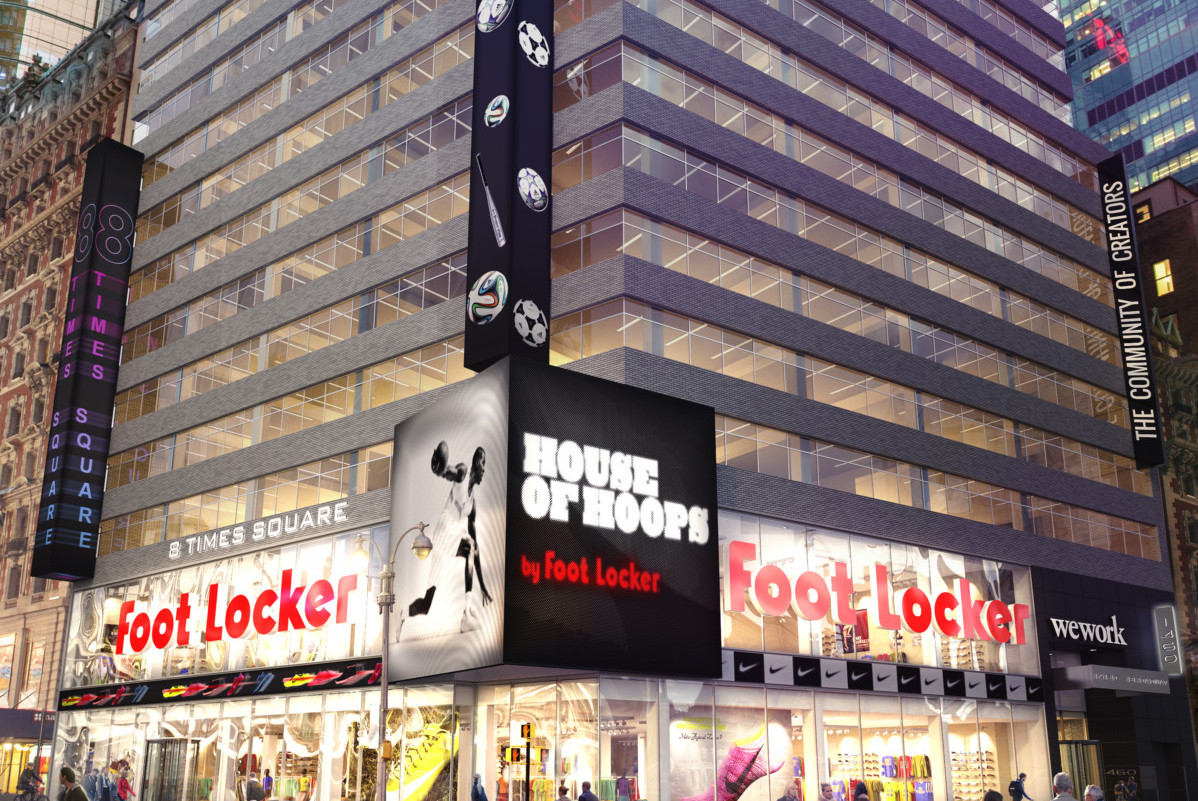 A deal to revitalize a historic Auto Row building and bring in a luxury car dealership to the space won the  Real Estate Board of New York’s (REBNY) 2015 Retail Deal of the Year Award last night (Tuesday).

And a flagship Footlocker concept in the heart of the city was honored as the Most Significant retail lease of 2015.

And Eric Gelber, of CBRE  was awarded The Most Significant Retail Deal of the Year recognizing a transaction’s overall characteristics and importance to the New York City retail market for  “‘If the Shoe Fits…’ | Foot Locker’s Flagship Megastore at 8 Times Square.”

“The brokers’ orchestration and expert navigation of these complicated negotiations were pivotal to their successful agreements and influential in the growth of these brands.”

“We applaud Neil, Brian and Eric on their outstanding achievements and commitment to service through complex challenges,” said John H. Banks, III, REBNY President. “All who submitted deals for this year’s competition were among the best and brightest in our industry, and their contributions continue to elevate our industry’s standard of excellence in deal making.”

The deal would preserve the landmark property for its original use as home to the storied Packard Motor Car Company and was a unique opportunity given Manhattan’s limited supply of options that would accommodate this particular use.

In 2013, noting the underutilization and condition of the property, then owned by Ford Motor Company, Goldman approached BICOM – the New York City retailer for Jaguar and Land Rover (JLR), purchased by Tata Motors from Ford in 2008, but still located at 787 11th Avenue – about its interest in maintaining JLR’s presence on 11th Avenue if Ford decided to monetize the asset.

What unfolded was a proactive and ambitious strategy, at the end of which the brokers completed a 225,000 s/f  transaction – including a long-term lease for BICOM and subsequent lease for Nissan who was also seeking a new facility – with the property’s new owners, Bill Ackman and Georgetown Company.

The brokers’ foresight throughout the process became even more critical as their contingency plans provided temporary locations for both tenants while ownership completes major renovations at 787 11th Avenue to create a full-service, state-of-the-art dealership rivaling other manufacturers on the Far West Side.

Georgetown has hired architect Rafael Viñoly to revamp the building. The dealerships will have their own entrances, and office tenants will get a new lobby,  two-story penthouse and modern offices with oversized floor plans.

In a  complex, two-year process  Gelber allowed the retailer to leave the “Bowtie” on Broadway between 42nd and 47th, while remaining within the epicenter of Times Square’s high-impact market.

Gelber worked through various turns of events to reposition the retail base of the commercial property and create a multi-level, all-encompassing store that will house numerous Foot Locker retail concepts.

Along with 180-foot high LED signage visible from both the Bowtie and Herald Square, the resulting transaction came at a fraction of the cost for options within the Bowtie.