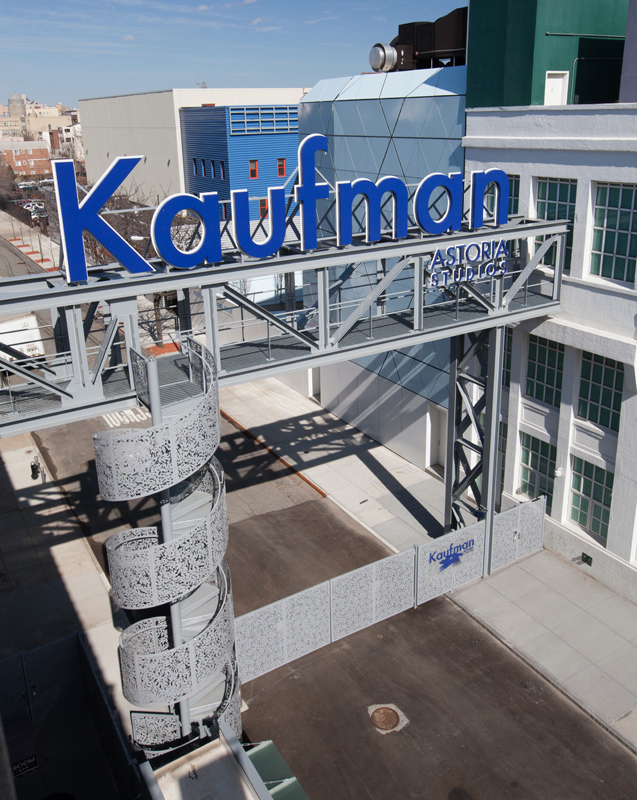 The founding partners are Kaufman Astoria Studios, the Museum of the Moving Image and the Queens Council on the Arts.

At an official launch, City Council Majority Leader Jimmy Van Bramer was joined by Western Queens cultural leaders, and elected officials.
Anchored and surrounded by Kaufman Astoria Studios and the Museum of the Moving Image, the Kaufman Arts District’s mission will be to advance and promote the area as a world-class vibrant cultural destination and home for creative industries.

“This corner of Queens has quickly become a vibrant community of cultural venues and arts organizations that have attracted some of our generation’s greatest artists,” said Van Bramer, chairman of the New York City Council’s Cultural Affairs Committee.

“Today we solidify the Kaufman Arts District as one of New York City’s premiere destinations for arts and culture. Within the borough’s first official arts district, our goals will be to nurture the existing artists and arts organizations, to draw additional, cutting edge arts groups here, and to create an environment in which artistic work will flourish. As a borough resident who was born and raised only a few blocks from here, I am proud to say that I helped play a major role in working with the partners to make this day a reality.”

Built in 1920, Kaufman Astoria Studios was the original home of Paramount Pictures, and over 100 silent films were made on its sound stages.
Today, top Hollywood film, television, and digital on-demand series are made at the studio, including the Netflix hit Orange is the New Black, Showtime’s Nurse Jackie, Amazon’s Alpha House, Starz’s Flesh and Bone, and Sesame Street, which has filmed at Kaufman Astoria Studios since 1992.

Recently feature film productions include The Secret Life of Walter Mitty, Men in Black 3, and The Bourne Ultimatum.
Kaufman Astoria Studios recently opened a backlot space — the only outdoor stage facility in New York — complete with a Hollywood-style gate designed by David Rockwell, and with demand for studio space at an all-time high, it has plans to build an additional stage in the near future.

Within the Kaufman Arts District is the Museum of the Moving Image, the only museum in the City dedicated to the art and history of film, television and digital media; The Astor Room, a restaurant that is housed in the former Paramount commissary with much of the original interior still intact; Studio Square NYC, a 30,000 s/f outdoor beer garden that is also used for film and TV shoots; the Queens Council on the Arts; the Frank Sinatra School of the Arts, a public school founded by Tony Bennett; UA Kaufman Astoria Cinemas, a 14-theater multiplex; the Theater Development Fund’s Costume Collection, a repository of costumes available for use by theater, film and television productions; and the Astoria Performing Arts Center.

The Museum of the Moving Image is also presenting a special exhibit, Lights, Camera, Astoria! that traced the history of film production in the neighborhood from the early days of silent film to modern classic. The exhibit will be on display through April 27.

In May, Kaufman Astoria Studios will partner with LIC FLEA & FOOD to present ASTORIA FLEA & FOOD AT KAUFMAN ASTORIA STUDIOS.
The market will be located on the Studio’s newly opened backlot, and will allow visitors to experience the best of the Flea — including food vendors, antiques, collectibles, art, crafts, fashion and more — within the unique setting of New York City’s most historic film and television studio.