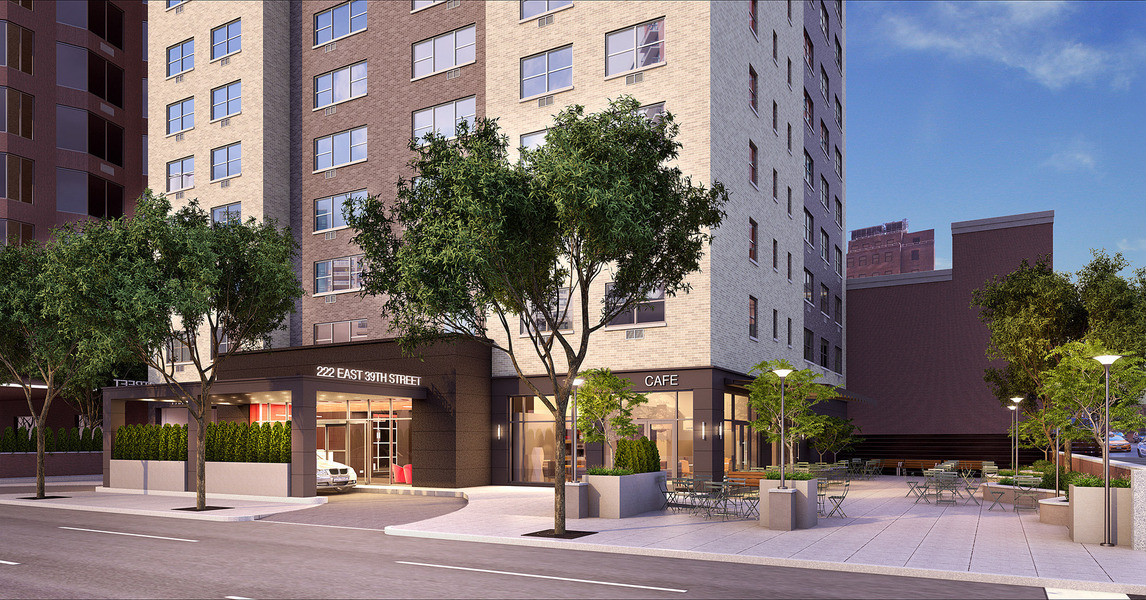 In one of the largest multi-family transactions of the year so far, Eastern Consolidated has arranged for the sale of The Nash, a 25-story, 191-unit luxury apartment building located at 222 East 39th Street, for $126 million.

Following a full-scale renovation and repositioning of the property, a partnership, led by Atlas Capital, Rockpoint Group and The Procaccianti Group (TPG) sold the recently converted property to Lloyd Goldman of BLDG Management.

Atlas Capital, Rockpoint Group and TPG first acquired debt on what was then the Eastgate Tower Hotel in July 2012. Realizing the property’s potential to be converted and in order to take advantage of the strong rental market and prime location, the partnership creatively restructured the deal through a pre-packaged bankruptcy plan and completely repositioned the building.

The partners closed the hotel and completed an extensive renovation of the property, reconfiguring common spaces and turning the guest rooms into one-, two- and three-bedroom apartments, and upgrading the ground floor retail space,  outdoor plaza and a garage with 100 parking spaces. A roof deck, fitness center and bike room were also added as part of the renovation.

The property emerged from bankruptcy in November 2012 with the renovation beginning early in 2013. The luxury rentals at The Nash began leasing in August 2013. The building is now approximately 70 percent leased.

Located in a prime location in the heart of Midtown Manhattan, The Nash is situated within easy walking distance of the United Nations, Grand Central Terminal, NYU Langone Medical Center, the Empire State Building, and the Chrysler Building, among other New York City landmarks.

“Residential assets of this size, scope, and quality rarely become available for sale, especially in Midtown,” said Ezratty, who added that the partnership oversaw a superior conversion of the former Eastgate Tower Hotel into a prime, luxury apartment building, the asset’s best use. “There was a heated bidding process, which enabled us to achieve a maximum price on behalf of the seller. And the buyer now controls one of the best residential rental properties in the neighborhood.”

Further, prior to the sale, Ezratty arranged a garage lease with Champion Parking — who operates more than 50 locations throughout Manhattan — which enhanced the asset’s overall value.

A legal team from Greenberg Traurig LLP, led by Rob Ivanhoe, David Bolen and Minnie Bellomo, were the seller’s attorneys in the transaction. Steven I. Holm and Andrew Kellner, of Levy, Holm, Pellegrino & Drath, LLP, were the buyer’s attorneys.