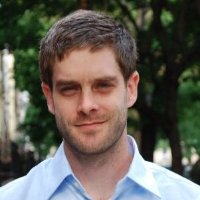 Many New Yorkers may find the need for updating libraries to be far from pressing. In a world where information is a mobile device away and scores of books can be instantly accessed via a slim Kindle, the concept itself can seem a bit antiquated.

David Giles, research director for the Center for an Urban Future feels differently and told Real Estate Weekly that the digital age only increases the importance of modern libraries.

“It’s in large part because of the internet that we need to invest in these places,” Giles said. “More and more people need access to those skills.”

At a the Conference to Rethink & Re-imagine NYC’s Branch Libraries last week, city officials including HPD commissioner Vicki Been and developers such as David Kramer, principle of Hudson Companies, echoed Giles’ sentiments and added that the enhancement of public libraries could play a key role in helping Mayor de Blasio reach his aggressive affordable housing goals.

Been said she was “counting on some of the library sites to provide some of the 200,000 units” that de Blasio is pushing to have built within the decade. Developers like Kramer are giving her that confidence.

Hudson Companies bought the Brooklyn library site at 280 Cadman Plaza West for $52 million and the promise of building the affordable units at a different site. To win the bid, the company had to agree to building a new library at the base of a luxury apartment tower it wants to erect at 280 Cadman.

The agreement requires the developer to finish the affordable housing units before it can rent the high-end apartments over the library. If the deal falls apart, the city’s Economic Development Corp. can take over the project.

The sale will generate $40 million to be funneled to other Brooklyn public libraries to help cut into the staggering deficit that the branches currently find themselves in.

According to a report that Giles co-authored this fall, the fiscal year 2013 saw more than 35 million visitors frequent the city’s 207 public library facilities.

According to the same report, the average age of the public libraries in Manhattan is nearly 85, with 23 of those institutions passing the century mark. Brooklyn’s average age is 65 with 17 aging past 100 years. It’s a similar story for the other boroughs.

“The libraries are doing a lot in terms of building New York’s human capital capacity, but they’re doing it absent of the investment that they need in order to reach their full potential,” Giles said, referencing his report that found that the city’s network of branches required $1.1 billion in capital needs for necessary upgrades.

That figure includes nearly 60 branches that require $5 million or more in maintenance projects, in part because of their age.

“What we’re doing here, is trying to show what you can do to harness the branches with strategic investments,” Giles said. “There are millions of New Yorkers without broadband access at home,” he continued before mentioning that branches offer more to New Yorkers than free access to the web.

“People don’t just go to the library to access the computer,” the libraries are putting on any number of educational programs. 2.4 million people went to those programs last year.”

“It’s not just expanding libraries, it’s investing in the libraries to make them more effective places for people to come to,” Giles said. “I think what the libraries do more than merits the investment needed.”

The Conference to Rethink & Re-imagine NYC’s Branch Libraries was funded by the Charles H. Revson Foundation and it was held at The Japan Society

Cash startups are separating from the crowd