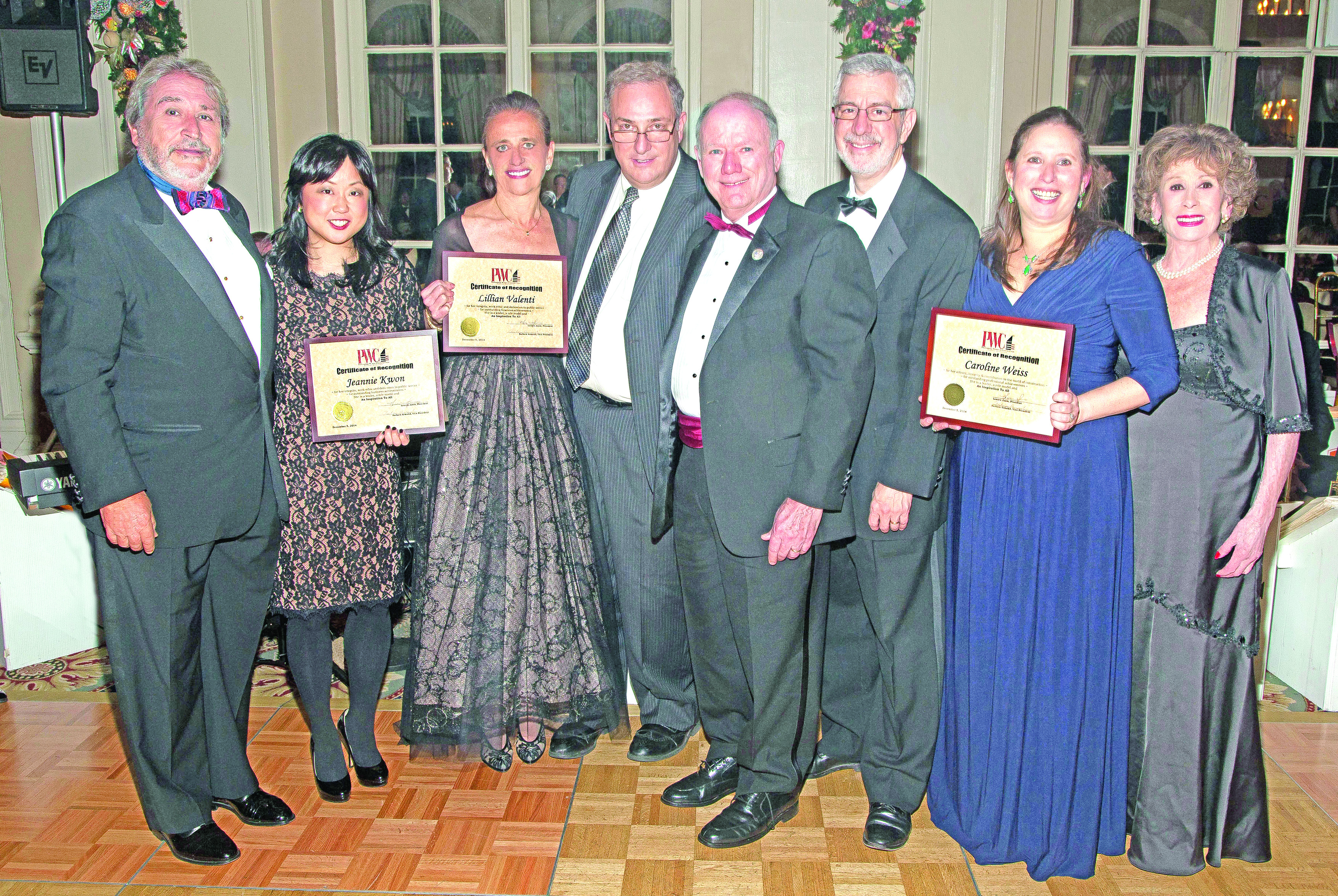 Professional Women in Construction ushered in the organization’s 35th anniversary during a black tie gala at the Yale Club when a trio of guests were recognized.

Caroline Weiss, associate principal, Weidlinger Associates, Inc. thanked “all who forged the way for me” and pledged her commitment to “mentor and support those entering the industry.”

Weiss was introduced by Raymond P. Daddazio, PhD, P.E., SECB, president and CEO, Weidlinger Associates, who called her “an outstanding professional and mentor.”

Jeannie Kwon, chief of staff, MTA Capital Construction (MTACC), spoke of several mega-projects in the works that will change the face of New York City, including Fulton Center in the Financial District. Michael Horodniceanu, president, MTACC, introduced Kwon and credited her for “turning many important issues around for us.”

Largest rental development in Manhattan is topped out