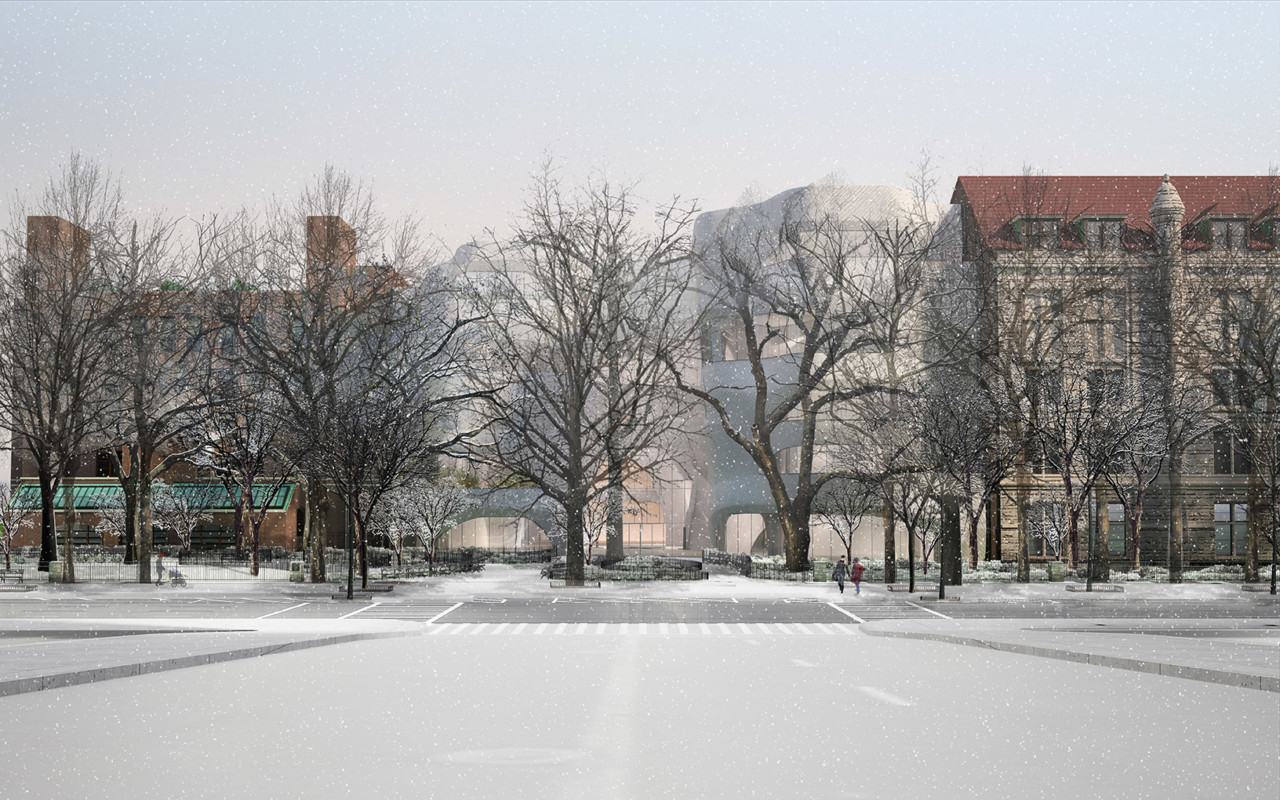 The American Museum of Natural History has filed plans to build the Richard Gilder Center for Science, Education and Innovation.

The Gilder Center is planned as a five-story, 203,000 s/f building. The proposal for the site also includes 42,000 s/f of renovations and alteration to a 75,000 s/f area to Theodore Roosevelt Park.

The museum’s filing was for a six-story tower with 540,000 s/f of community facility space. A representative for the museum said that the figures did not pertain to the Gilder Center. It was for the existing building on the property.

The museum, located at 200 Central Park West, first announced its $325 million expansion in 2015. Last year, it filed plans with the Landmarks Preservation Commission, increasing the footprint for its proposal from 218,000 s/f to 235,000 s/f, according to a previous report from New York YIMBY.

The project generated some pushback from locals. A group of residents called the Defenders of Teddy Roosevelt Park, called the museum’s expansion plans “reckless and insensitive.” In response, the museum decreased its proposed footprint in the park from half an acre to a quarter of an acre.

David Brady Bond, which designed residential building One Hudson Yards, is the architect of record for the project. The Gilder Center, which will be built at Columbus Avenue and West 79th Street, is expected to open in 2019 or 2020. It aims to address challenges in science, technology, engineering and math education.