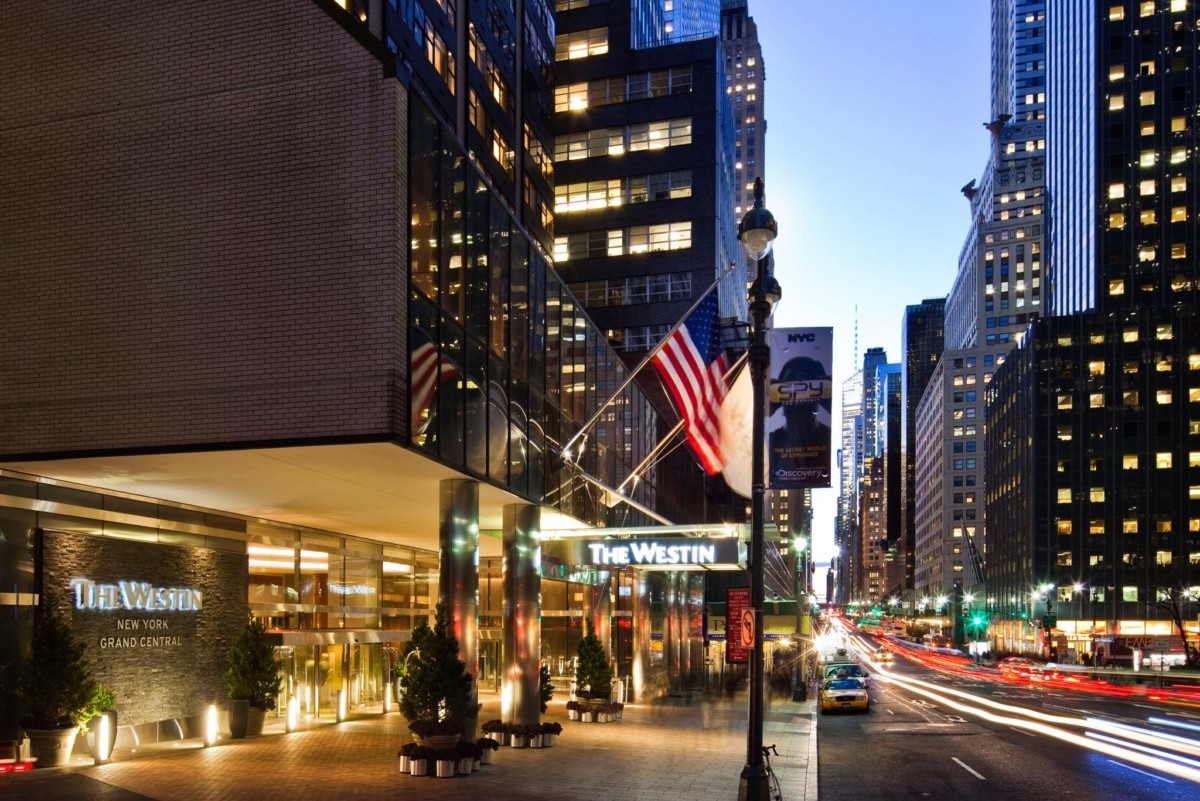 Host Hotels, which operates the Sheraton New York Times Square Hotel and the Westin New York Grand Central, is viewing the benefits of the rezoning of East Midtown from a different angle.

As developers plot to take advantage of the 6.5 million s/f of commercial office space that can be added to the neighborhood’s inventory over the next 20 years, the firm is weighing the possible conversion of its hotels into offices.

“I think that that could potentially open up opportunities for re-purposing of certain hotels today to office (and) residential. As you know, we have a number of properties in Midtown, we’re looking at a number of the assets. We’ve had conversations with different prospective purchasers. I would not say today that we’re close to a deal, but it is something that’s at the top of our list,” James Risoleo, the president and CEO of Host Hotels, said during a recent earnings call.

Risoleo, who made the comments before the City Council approved the rezoning last week, said interest in New York City hotels is starting to recuperate.

The rezoning, which was approved with a unanimous vote of 42-0, comes with promises of infrastructure improvements. Its proponents estimate that it will generate half a billion dollars in private funding for upgrades tied to the construction of new office buildings. It is also expected to generate millions of dollars for public spaces, which includes a $50 million upfront investment from the city. The measure would also allow historic landmarks to sell 3.6 million s/f of unused air rights.

Public officials behind the measure touted the approval as a victory, an example that other neighborhoods should follow. “Smart planning like this — community-generated, focused on transit, and with guaranteed benefits for the public — should serve as a model for other neighborhoods throughout the city. But it begins today in East Midtown,” City Council Member Dan Garodnick, Deputy Mayor Alicia Glen and Manhattan Borough President Gale Brewer wrote in a joint op-ed piece.

Franklin Wallach, the managing director of Colliers International’s research group, said that it’s impossible to predict the effects of the rezoning this early on.

“One Vanderbilt hasn’t been built. There’s a hole in the ground. They’re building the foundation. That’s four or five years away. You’re talking about five or six years away before anyone can know what it’s gonna be. Maybe some people can tell you what demand is going to be like in that time. We certainly can’t,” he said.

“I don’t think it’s going to have a dramatic impact on the market in the short run. There aren’t a lot of properties that you can tear down and rebuild with an increased FAR. And a lot of Midtown is only built according to the existing code,” he said.

Nonetheless, Robert Billingsley, a vice chairman at Cushman & Wakefield who also serves on the board of directors of the Grand Central Partnership, expects the rezoning to boost the area’s prospects against competing office markets. “Vanderbilt Avenue could be another Hudson Yards. Vanderbilt Avenue is pretty iconic. The placeholder will be One Vanderbilt.”

According to Wallach, the amount of construction that the rezoning will generate will depend on economic factors rather than availability.

He pointed to his firm’s market report from last May, which found record low unemployment numbers in New York City. In May of this year, Manhattan added 83,000 new private sector jobs, which represents a 2.2 percent year-on-year increase. New York City’s May unemployment rate of 4.2 percent also continued a string of seven months below 5 percent. This stands as the longest streak on record.

“Overall, over the past half year, demand for new construction has been very strong. This market cycle has distinguished itself in that Manhattan has become a much flatter, borderless market. So you have tenants telling you at one point, ‘I can’t do south of 42nd Street. Now they’re saying, I’ll consider from Park to the Battery, you tell me where,’” he said.  “I can’t tell you, realistically, how much of the 6.5 million s/f is going to get built. But I can tell you that the demand for new construction is definitely there.”