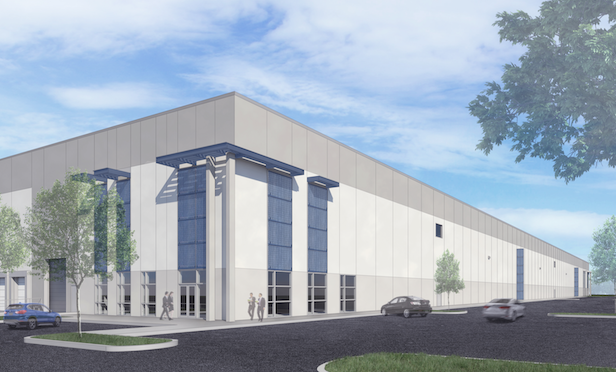 CBRE brokered the deal for 312,373 s/f of industrial space at 201 Old York Road in Bordentown, a town within the Central New Jersey industrial market, one of the country’s most dynamic distribution hubs.

The facility is near Port Newark/Elizabeth, the Philadelphia and South Jersey docks, Newark Airport, Philadelphia Airport and JFK Airport.

“The building is a brand-new distribution facility that boasts the types of amenities that will allow Modell’s to improve its supply chain operations, deliver merchandise to the stores more efficiently, enhance its growing e-commerce business and position the company for future growth and exceptional service,” said Bill Waxman, the CBRE broker who arranged the lease with colleagues Mindy Lissner and Steven Beyda.

The CBRE team worked in tandem with Brett Weinblatt of Compass Commercial in representing Modell’s in the search and lease negotiations. CBRE’s Paul Touhey, Dan McGovern and Jake Terkanian also assisted in the space search.

Modell’s, which has locations throughout the Northeastern United States, is partnering with enVista, a global software solutions and consulting firm, to engineer and furnish its newly-built, state-of-the-art facility owned by Matrix Development.

Last month, Matrix completed a 176,400 s/f lease agreement with Walmart at its Gateway Business Park East in Oldmans Township. The retail giant’s new space is part of a 334,800 s/f building within a two-building complex, which sits directly off Interstate 295.

Jet.com, which was acquired by Walmart in 2016, occupies 655,000 s/f in the neighboring building under a lease that was signed before the merger.