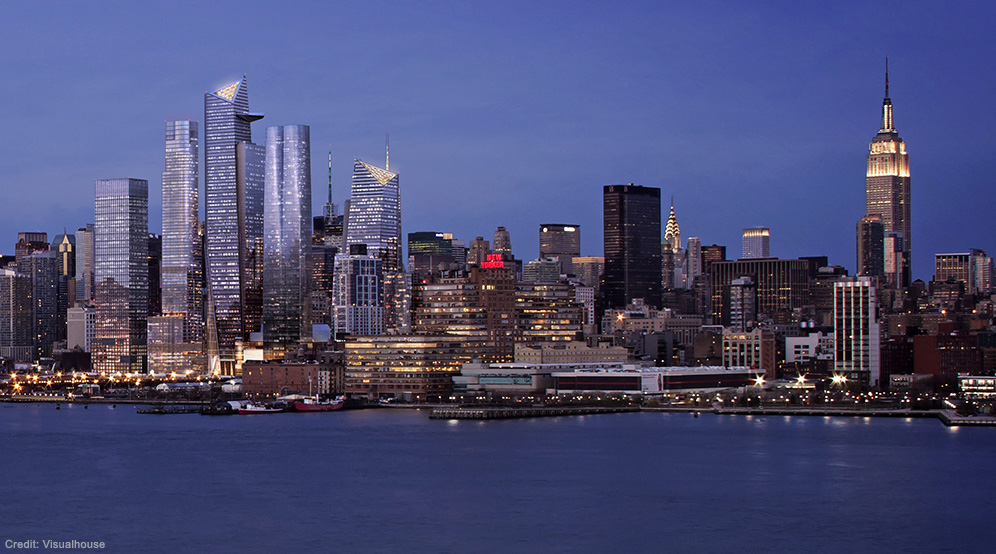 Michele O’Connor looking for the next big thing in NYC

Langan principal Michele O’Connor is the director of the firm’s civil engineering practice in New York City, and has worked on major projects in New York City that have become important additions to the fabric of the city.

O’Connor, a native New Yorker, said she stumbled into the field of civil engineering toward the end of high school, when students were deciding where to go to college and what they would study.

“I did not know what I wanted to do,” O’Connor told Real Estate Weekly. “I was with a band of other girls in classes together. When it came time to start looking at colleges, almost all of them were applying to engineering school and since I had been in classes with them and in the same courses, I applied too.”

It turned out that O’Connor, who attended Rutgers University, was the only one of her group of friends that stayed in the engineering field.

“I stumbled upon it, and it was the best decision of my life because I don’t know what I would do if I wasn’t an engineer,” she said.

She started off at a small architectural firm in New Jersey where she worked on healthcare facilities, nursing homes, and golf course clubhouse. The projects she learned the most from were those on school campuses.

“You need to understand the client’s business. For example, you have a residential college and you’re building a new building within it, you still have students to consider when taking large areas of campus out for construction and working within the time frame of an academic calendar,” she said. “It’s a challenge that you don’t have when you’re just doing a ground-up building outside that setting.”

Now at Langan for 24 years, O’Connor has several high-profile projects under her belt.

One of her signature projects was the redevelopment of the Bronx Terminal Market. She was part of the team along with the Related Companies that turned a former produce market in the South Bronx into a 1 million s/f retail center.
“The most challenging aspect of that was the number of agencies and stakeholders involved in terms of city and state and even federal government,” she said.

She was the overall project manager for the development, managing a team of 20 engineers over four different disciplines, along with several other teammates.

Her firm is currently doing a lot of work in the Hudson Yards area, and are the geotechnical engineers for the eastern rail yards at the site. Out of eight development sites adjacent to Hudson Yards, O’Connor and her firm are working with four of the sites.

In Queens, O’Connor is working on the Hallet’s Point development on the Astoria waterfront. The Durst Organization is developing the mega-project, which will have five residential towers that are being designed in accordance with new regulations to comply with floodplain and resiliency.

Being a part of creating projects that have such a big impact on the city is one of the most exciting parts of her job, said O’Connor.

“That whole Hudson Yards district when you think about it ten to fifteen years ago, it was really not a place where the general public would even think of going to,” she said. “Now it’s going to have parks, malls, galleries, shops and restaurants. It’s a whole new district.”

While many native New Yorkers bemoan big changes to the city, O’Connor looks at the big picture of NYC, and how it has always been in a constant state of change.

“The city is about 250 years old, and it has always been growing and adapting and changing based upon the influence of people on the city,” she said. “So every few decades or every generation or so, you have new neighborhoods being created based on immigration and how people move into the city and where they are, so they bring all this culture, and the neighborhoods adapt to it.”

O’Connor said her firm is always looking for the next Hudson Yards or Hallett’s Point, and sees big potential in the Gowanus area and the South Bronx.