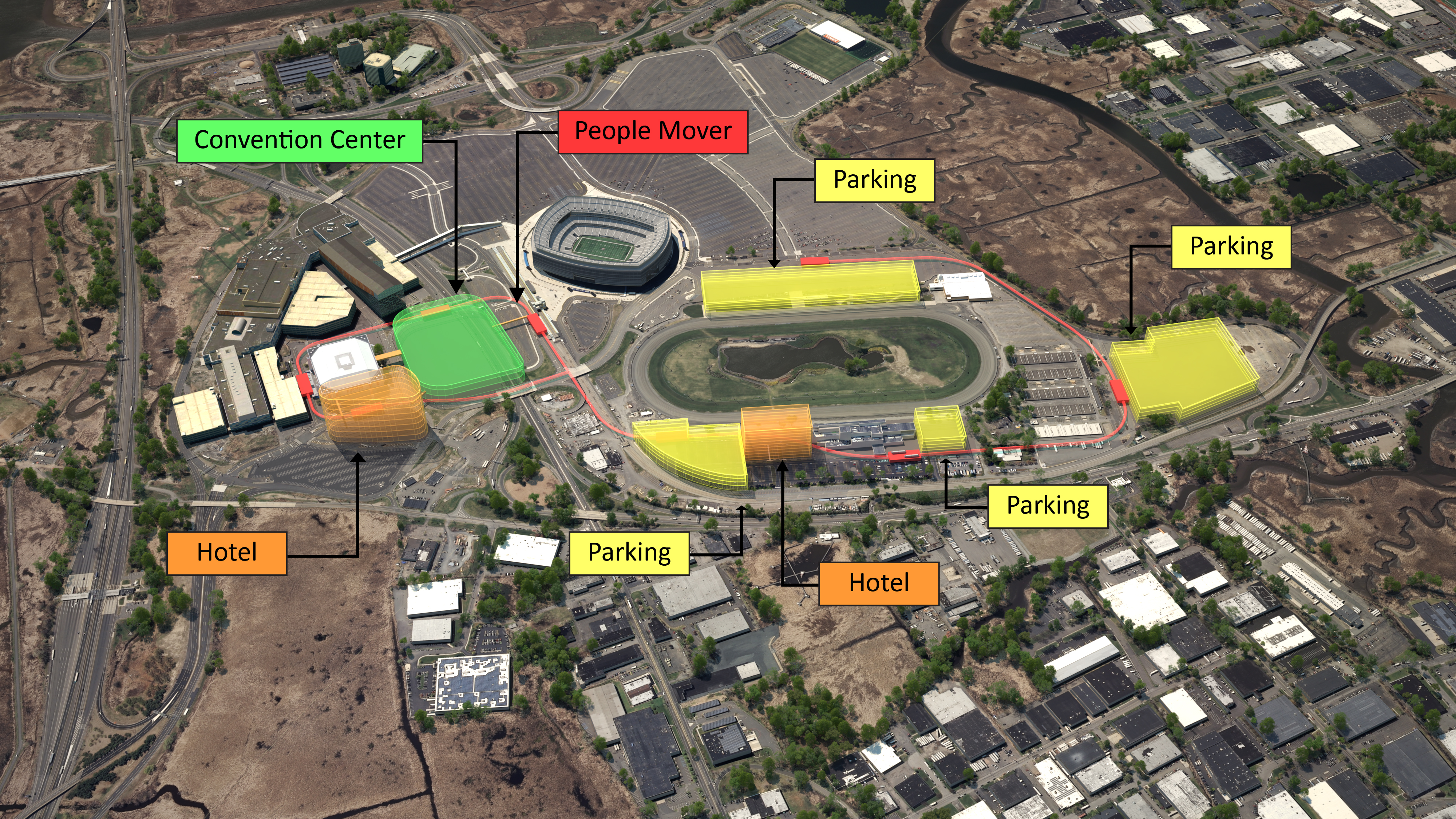 The Meadowlands Chamber of Commerce in Jersey has updated its Vision Plan for the redevelopment of the sports complex that’s home to both the Giants and the Jets.

The plan includes a casino, convention center, ‘racino’ that would bring gaming into the racetrack, 14,000 parking space and a ‘people move’ to transport visitors from one attraction to the other.

“A casino will allow the Meadowland’s to draw on an already existing customer base that wants to gamble and be entertained, but is currently driving past us to get to casinos in nearby states,” said Jim Kirkos, CEO of the Meadowlands Regional Chamber.

“We have the potential to build the best casino in the world because we have the infrastructure to accommodate thousands of visitors at a time, and the space to entertain a diverse audience with a multitude of entertainment needs within the Sports & Entertainment Complex.”

Legislative plans to offer a Referendum on North Jersey casino development prompted the Chamber to draw up the new “Vision Plan” that it says will create a self-sustaining, long term economic driver for the region and the state.

Originally issued in 2011, the MRC Vision Plan continues to rely on a new casino to provide the economic resources to add a convention center and hotels to the Sports Complex, stimulating tourism and business activity in the region.

It also incorporates changes to the Sports Complex that, in line with its earlier advocacy, have added new entertainment facilities to American Dream and a new Racetrack on the former back stretch.

Other new concepts, including the “people mover” connecting American Dream with the new assets as well as multiple themed casino districts on the site reflect changes in the gaming market, regional infrastructure and general economy, according to Kirkos.

The development would create more than 50,000 jobs, according to the chamber, and enhance the state’s casino revenue growth and offer facilities that are known to be in demand in the region.

“This is not a plan to create a district that competes with Atlantic City,” Kirkos continued.  “Since the Meadowlands Sports Complex was built, the population in the surrounding region has grown but does not have anything compelling enough to keep them here when they are spending their discretionary income.

“Developing the Meadowlands Sports Complex into a destination will keep these dollars in New Jersey and increase the economic impact of the entire region.”