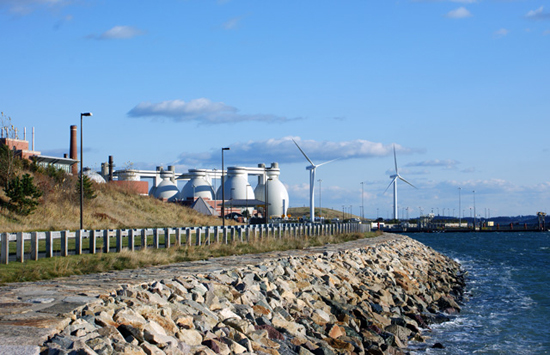 Mayor Bill de Blasio today signed a package of legislation that will transfer jurisdiction of Rikers Island to the Department of Citywide Administrative Services and require a study of renewable energy generation and storage on Rikers Island.

Intro. 1592-A transfers jurisdiction of portions of Rikers Island that are not in active use as a jail site to the Department of Citywide Administrative Services beginning July 1, 2021, with the full transfer of Rikers Island to DCAS to be completed by August 31, 2027.

Intro. 1593-A requires the Mayor’s Office of Sustainability to study the feasibility of constructing renewable energy sources, which could include wind or solar power, and battery storage facilities on Rikers Island.

“Today is another step forward in the work to transform Rikers Island from a symbol of mass incarceration into a space that benefits all New Yorkers, potentially as a hub for renewable energy. The Council’s top priority is to improve the lives of New Yorkers and that includes addressing climate change and strengthening the public trust, which these bills do,” said Speaker Corey Johnson.

“For generations, Rikers Island has been a symbol the world over of our country’s failures to truly embody the principles of liberty and justice for all,” said Council Member Costa Constantinides, who sponsored the legislation.

New York City has committed to closing the crumbling facilities on Rikers Island by 2027. In a report published in April 2017, the Independent Commission on New York City Criminal Justice and Incarceration Reform suggested critical environmental infrastructure might be the best use for the 413-acre island once the jail facilities are removed.

Constantinides – who represents the 22nd District, which includes Rikers Island – partnered with the CUNY Law School’s Center for Urban Environmental Reform to expand on the Commission’s suggestion.

Advocates have long argued a Renewable Rikers is the best use for the land given both its traumatic history and its own precarious environmental issues.

As the island is predominantly landfill from ash and garbage, methane leaks are a persistent problem. Former Rikers employees have attributed health problems to gas seeping from the toxic soil, while collapsing methane pockets have disrupted the foundation of already crumbling jails.

“The Renewable Rikers legislation means New York City can build new energy and waste facilities on Rikers Island. This will reduce the amount of plants and pollution along the East River, improve health in those communities and set the stage for green uses along the waterfront.”

Picture top: Deer Island in Boston harbor is home to the second largest water treatment plant in the United States. Completed in 1996, the Deer Island Water Treatment Plant is the $3.8 billion centerpiece of the Massachusetts Water Resource Authority (MWRA) program.