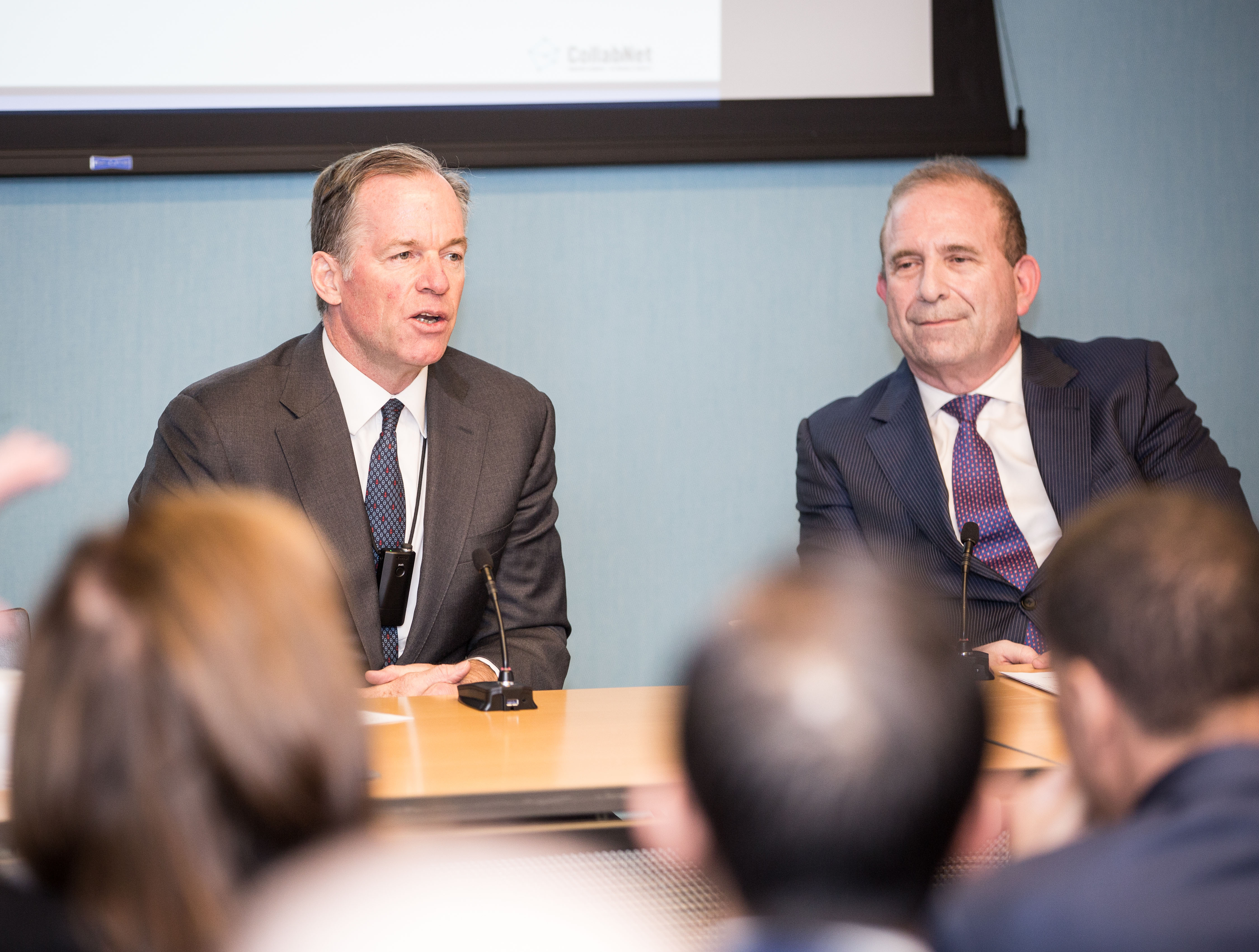 Massey still in the game as solid year is forecast

As the world’s attention turns to the 2018 Winter Olympics, local business leaders are focusing on another sport — real estate.

According to the speakers, now is good time to enter the arena. In conversation with Harry Dublinsky, of EisnerAmper, Massey observed that real estate has grown in appeal as an asset class over the past 10 years.

Despite the recent cooling-off of the building sales market and the increased burdens of state and local taxes, his overall forecast for 2018 is “a very, very solid year.”

Consolo shared his optimism. “I’m feeling at this moment better about this year than I felt last year or the year previous. I feel a pulse this year in the market,” she said.

According to Arabian Gulf expert Paul Homsy, Esq., instability in that region and in other areas of the world is prompting people to invest here. “New York is perceived as a very safe place,” he explained. “It’s always been a harbor for international capital.”

Weng said she was not concerned about Chinese capital controls. “The US and New York will continue to be a magnet for international capital,” she said, noting that the U.S. offers a safe environment, a stable system, and lower tax rates.
The panelists also had some words of advice on growing business. Just as athletes need coaches and cheerleaders, businesspeople need mentors and a strong network, they agree.

Listening was critical to the success of Massey Knakal (subsequently bought by Cushman & Wakefield), said Massey, explaining how the firm’s teams focused on specific submarkets and building relationships with property owners, investors, and allied businesses in those submarkets.

Former governor Paterson added: “When networking, you have to bring as much as you try to take away. Whatever you give to the event is probably more important than what you receive.”

The good sports of the 2018 Olympics who go home without medals will seek other opportunities for success on the rink or the ski slopes. Real estate champions share such persistence.

ON THE SCENE: Cushman marketing commercial building in Queens; Mixed-use portfolio up for grabs in Brooklyn