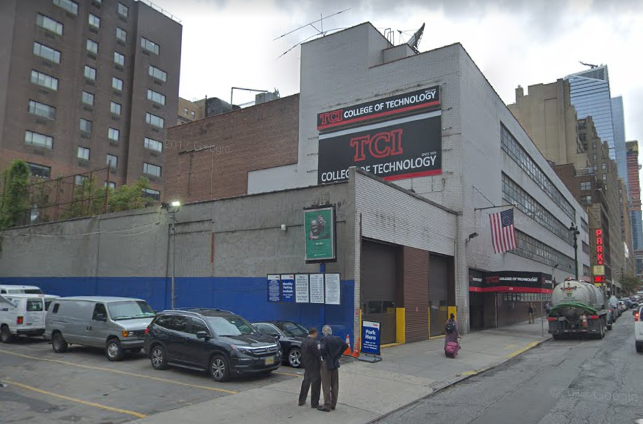 Onyx Equities has closed on a ground lease for a four-story commercial building in Midtown.

The New Jersey-based real estate firm, in a joint venture with GMF Capital, acquired the property at 320 West 31st Street from Overtime Properties, LLC. Previous, the building was used by TCI College of Technology.

Situated between 8th and 9th Avenues, the property is adjacent to the forthcoming Moynihan Station and has been vacant since the college was shuttered last September. Onyx and GMF plan to gut renovate the building to create 150,000 s/f of modern office space.

Stephen Sullivan, chief investment officer at Onyx, said his company sees a lot of potential in the neighborhood, with its proximity to Penn Station and Madison Square Garden.

“This neighborhood is one of the best locations in Manhattan for commuters and visitors given the pulse of Penn Station below and unparalleled entertainment next door,” Sullivan said.

Onyx acquired another building on the same street, 210 West 31st Street a few years ago, though it has yet to redevelop it.

Jeff Selinger, chief investment officer at GMF, added that the property is in an ideal spot at the nexus between Midtown South and Hudson Yards, which is on the rise and nearing completion just a few blocks to the west.

“The property is incredibly well located at the confluence of two submarkets that are experiencing burgeoning growth,” he said. “The immense public and private investment in the surrounding area and the site’s transit connectivity is certain to generate strong interest from tenants.”

David Colen of Newmark Knight Frank represented Onyx and GMF were represented in the sale while Overtime Properties was represented by David B. Glassman of Colliers International.