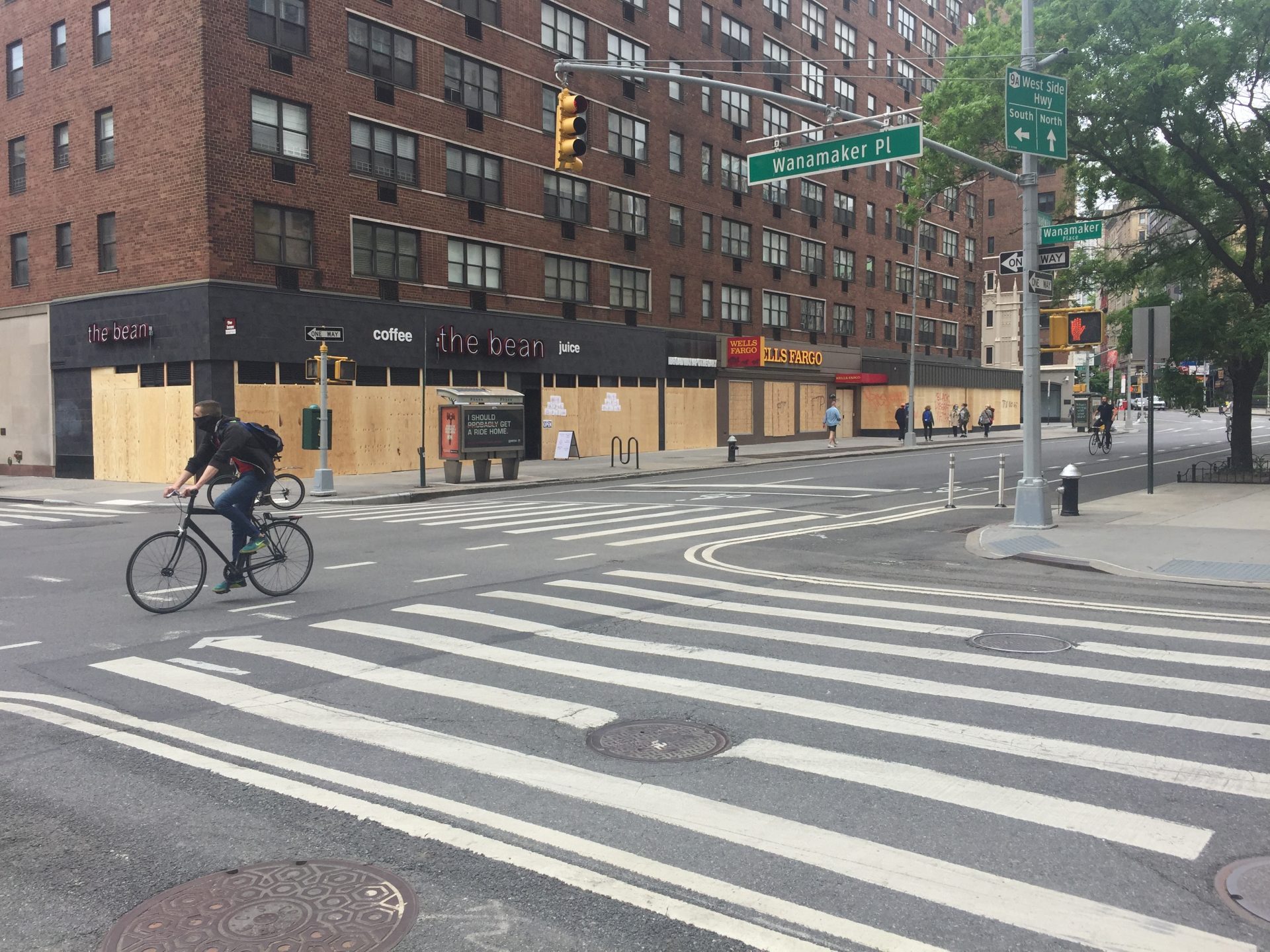 Glass expert Steve Powell has told New York City owners that boarding up their windows to protect their property from looters is a smart move – but it won’t save them from rioters determined to get in.

“What we’ve seen these past few nights is 100 percent a concerted effort to smash in those storefronts and steal,” said Power, a veteran glazier and president of operations at Vista Skywall Systems. “It’s not something your average person could do just by walking by and throwing a stone, or even hitting it with a shopping cart. This is a concerted effort to get through the glass.”

Powell was speaking after looters caused thousands of dollars in damage and stole millions in goods from stores throughout the city amid several days of protests over the death last week of unarmed father George Floyd at the hands of a police officer.

Both the mayor and the governor have been at lengths to present the looting and the protests as very different issues.

“The protesting is righteous indignation over Mr Floyd’s murder and systemic racism and injustice and I think they are right,” said Governor Andrew Cuomo at his press briefing today (Wednesday).

“Looting, that is criminal behavior by opportunists who see the police are busy dealing the with protestors and see an opportunity to cause mayhem.  We will not allow our cities in this state to be in chaos. The police must be empowered to keep order, stop the looting and stop the criminal activity.”

After looters ran wild in Manhattan on Monday night, city store owners spent Tuesday boarding up their shopfronts in anticipation of a second night of mayhem.  Saks Fifth Avenue hired private security guards and wrapped its flagship store in razor wire. A spokesman for Macy’s Herald Square, which was hit by intruders on Sunday night, said, “Our first concern is the safety of our colleagues and neighbors, and we are grateful none of our employees were harmed. NYPD responded to the scene and damage has been limited.”

NYPD arrested nearly 700 people on Monday night after looters were filmed flinging laptops out of the smashed-up Best Buy in Soho and vans filled with looted goods were seen speeding off from high-end stores.

By Tuesday morning, hundreds of city stores were boarded up as the city held its breath for a second night of lawlessness. Mayor Bill de Blasio brought the previous 11 p.m. curfew forward to 8 p.m. and peaceful protestors were urged to respect the curfew as Cuomo said he would call up the National Guard to support the police if necessary.

Those efforts – and boarded up windows – appeared to prevent further mayhem last night. Powell said the plywood is a smart idea “because it will deter someone wanting to get through,” but he added, “if someone really wants to, they can pull that plywood off and, at that point the glass is vulnerable.”

He said New Yorker’s should be in no doubt that the damage was being done by criminals hell-bent on destruction. Typical storefront glass is four times stronger than normal glass. “it’s not easy to break by any means,” said Powell, “however, when it’s broken, it is designed to break into small pieces that won’t severely hurt anyone.

“It will break if you are able to hit it on a certain point with a sharp edge. I’ve seen people on TV throwing bicycles at it.  It’s not the force of the bicycle that shatters the glass, it’s caused by a very fine point, say the handlebar, hitting an small area of the glass and creating enough force to break it.”

Powell said laminated glass, which is even stronger, has been smashed in the same way. “That comes down in a sheet and stays together and we’ve seen the looters on TV folding it out of the way.  But that too takes and awful lot of force.”

REBNY president James Whelan said in a statement that the city’s most powerful real estate group was fully behind legitimate protesting in the city but would “continue to disavow the destruction of property that has no place in our City.”

Whelan said, “The killing of George Floyd at a time when the black community and other communities of color are disproportionally impacted by the COVID-19 pandemic clearly underscores the systemic issues of race and class that our City and country have failed to address.

“A hallmark of a healthy democratic society is the ability to publicly protest loudly and vigorously to affect meaningful change and we believe that right should be protected and encouraged.

“While we condemn violent and destructive actions in our City and across the country, we will not ignore the sadness, pain and understandable frustration the black community continues to experience. Right now our industry is focusing on how we can come together to provide real solutions and not just lip service to address these issues.”

Mayor de Blasio has extended the city’s 8 p.m. curfew through Monday. Traffic restrictions, which limited traffic below 96th Street in Manhattan, will also continue along with the suspension of for-hire pickups.

“I think those strategies were effective,” de Blasio said. “Last night we took a step forward in moving out of this difficult period and moving to a better time.”

While bad weather dampened protests today, marches are expected tomorrow, including one from Brooklyn to Lower Manhattan to be attended by George Floyd’s brother.

In an email to its members, the Greenwich Village Alliance, said, “Most marches are peaceful, it is the aftermath of a few bad actors that are perpetrating the vandalism and looting.

“If you are not choosing to board up your storefront, please make sure valuables are out of sight, keep lights on, and that door locks, gates and security cameras are all working.”

Kitchen maker doubles space in move from Brooklyn to Jersey