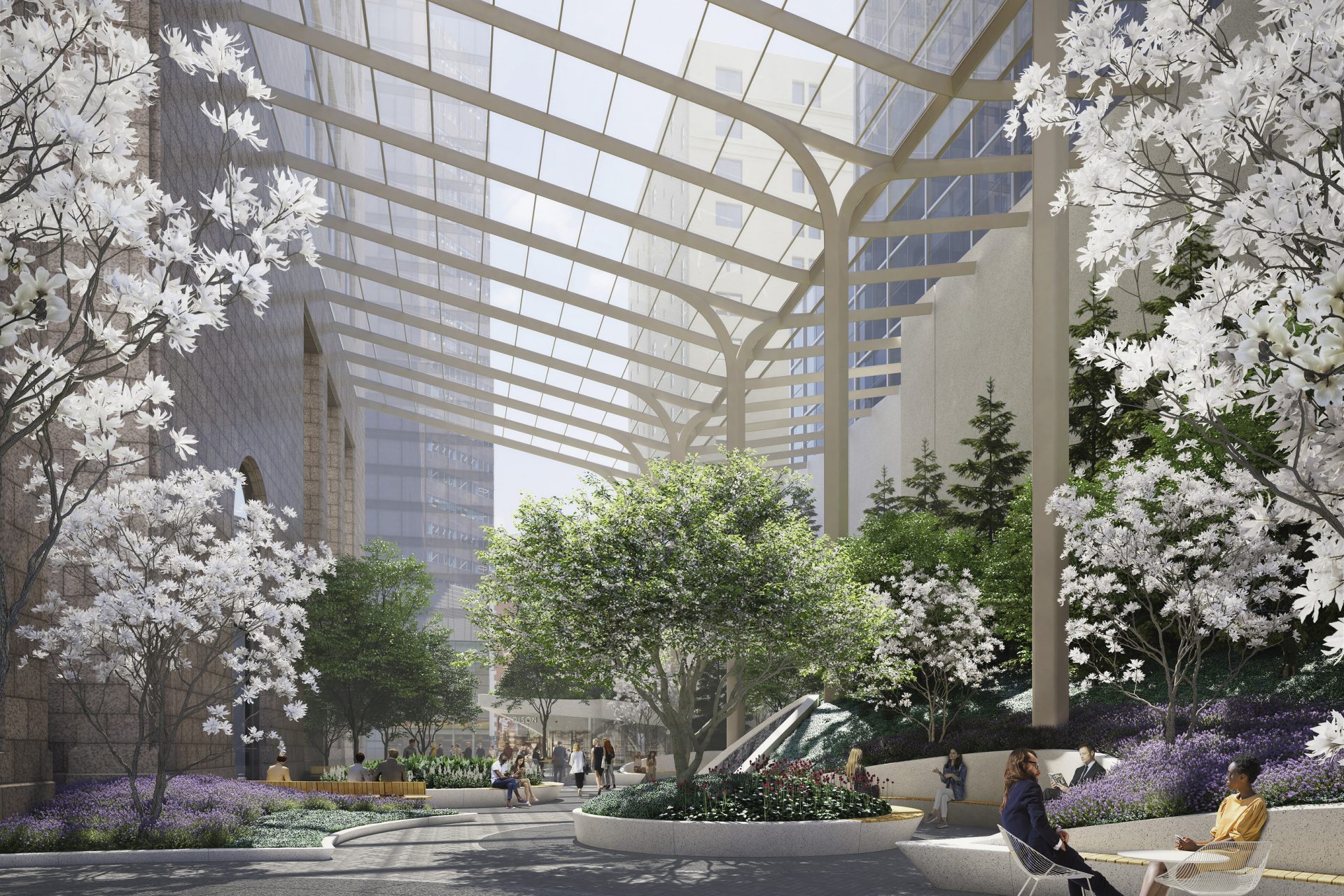 Following LPC’s designation of 550 as a landmark in 2018, the ownership team – led by The Olayan Group with development partners RXR Realty and Chelsfield – has worked with architect and landscape architect Snøhetta to preserve the tower while providing modern upgrades.

With LPC approval of the new design, with modifications, exterior work will begin and the celebrated office tower is on track to reopen in 2020.

Erik Horvat, of Real Estate at Olayan America, said: “We are very excited to start exterior work, and continue ongoing interior improvements, to restore the building to its original prominence as a top Class A commercial destination in New York City. With modern interiors, a world-class public open space, and preserved façade, the building will once again attract top companies to East Midtown.

“We look forward to collaborating with the Landmarks Preservation Commission as we finalize our plans.”
A design by Snøhetta will preserve and revitalize the landmark tower, undo past renovations and reconceive 550 Madison’s public spaces.

The tower’s exterior will remain 94 percent unchanged. New clear storefront windows will allow people to see through the ground-floor retail.

All exterior-related work for the building will continue to be subject to review and approval by the Landmarks Preservation Commission.

The design includes a reimagined public open space that will double in size by removing the upper portions of the existing four-story annex, the altered glass roof, and side street enclosures that were added during the 1990s .

With public seating, restrooms and bike racks, it will be the largest privately-owned covered pedestrian space within a five-minute walk of the building.

In a press release, the owners said the “exceptionally well-built structure” will receive “thoughtful interior modifications and infrastructure upgrades … to accommodate a variety of modern office and retail tenants with high-quality amenities.”

The owners are targeting LEED Platinum, Wired, and WELL certifications and sourcing sustainable building materials for infrastructure upgrades that should achieve a minimum 30 percent reduction in water use and an energy usage target 10 percent below current New York City energy code.

Tenants will be able to start moving in in 2020.

Olayan purchased 550 Madison in 2016. They are working with development partners RXR and Chelsfield with AECOM Tishman as construction manager.