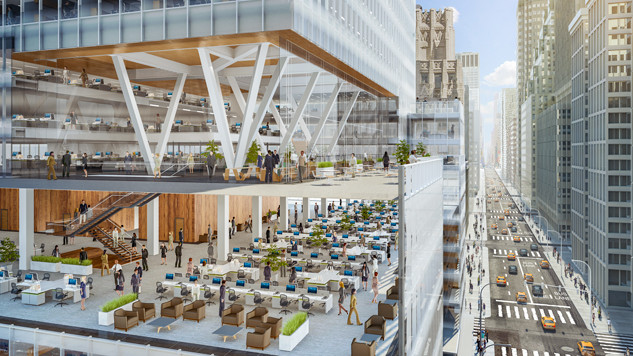 The Greater New York Construction User Council (GNYCUC) has recognized L&L Holding Company with its 2015 Developer of the Year Award for its outstanding efforts to adapt, re-position and re-imagine its entire portfolio of properties throughout Manhattan, highlighted by its ongoing work at 425 Park Avenue and 390 Madison.

In addition to L&L Holding Company, the GNYCUC also will honor New York City Council Member Dan Garodnick for his leadership role in the effort to rezone Midtown East, during reception to take place on February 2  at 315 Park Avenue South.

“New York City is currently undergoing a renaissance in office construction thanks to a number of world-class projects,” said GNYCUC co-chair Chris Jaskiewicz.  “In the midst of all this new development, no single project has garnered as much excitement and awe as L&L Holding Company’s 425 Park Avenue project, which promises to fundamentally redefine the modern office environment while enhancing the timeless allure of the fabled Plaza District.”

Added GNYCUC co-chair Bernadette Vero, “If their amazing work at 425 Park weren’t enough, L&L Holding Company also has undertaken the most ambitious re-massing of a New York office building ever at 390 Madison.”

For this project, L&L Holding Company is totally reinventing both the interior and exterior of the building.  It is also removing millions of pounds of steel and concrete from the base of the building, which will be replaced by eight new floors at the top as well as a light-filled, triple-height amenity space.  Upon completion, the original 291-foot tall, 24-story structure will rise to 373 feet and 32 stories though the square footage will remain the same – 850,000 square feet total. 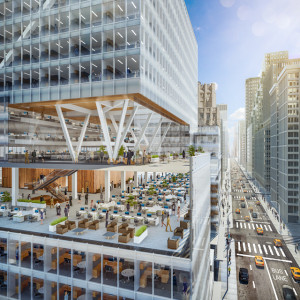 “We are fortunate to be working in the best real estate market in the world and to be able to partner with the cream of the top in the fields of architecture, engineering, construction, financing and leasing, who enable us to turn our visions into reality.”

Throughout its existence, L&L Holding Company has enjoyed a sterling reputation for its ability to transform architecturally distinct, but dated, office buildings into sleeker, more modern and more collaborative workspaces.

At 114 Fifth Avenue, which was recently named a finalist for an excellence award by the New York chapter of the Urban Land Institute, the firm recently completed a $70 million building-wide redevelopment, highlighted by upgrades to the building’s lobby, elevators, windows, electrical infrastructure, access management system and main entrance, as well as the addition of a landscaped rooftop amenity space.

L&L Holding Company also won widespread acclaim for its work at 200 Fifth Avenue, the former International Toy Center, an 800,000 s/f office building that the company transformed into a trophy office property in 2009.

In addition, L&L Holding Company is undertaking a multi-million dollar retail redevelopment at 195 Broadway, which will bring a breathtaking component to this historic property while preserving the integrity of the original William Welles Bosworth-designed lobby.

Silverstein comments on future of 2 WTC