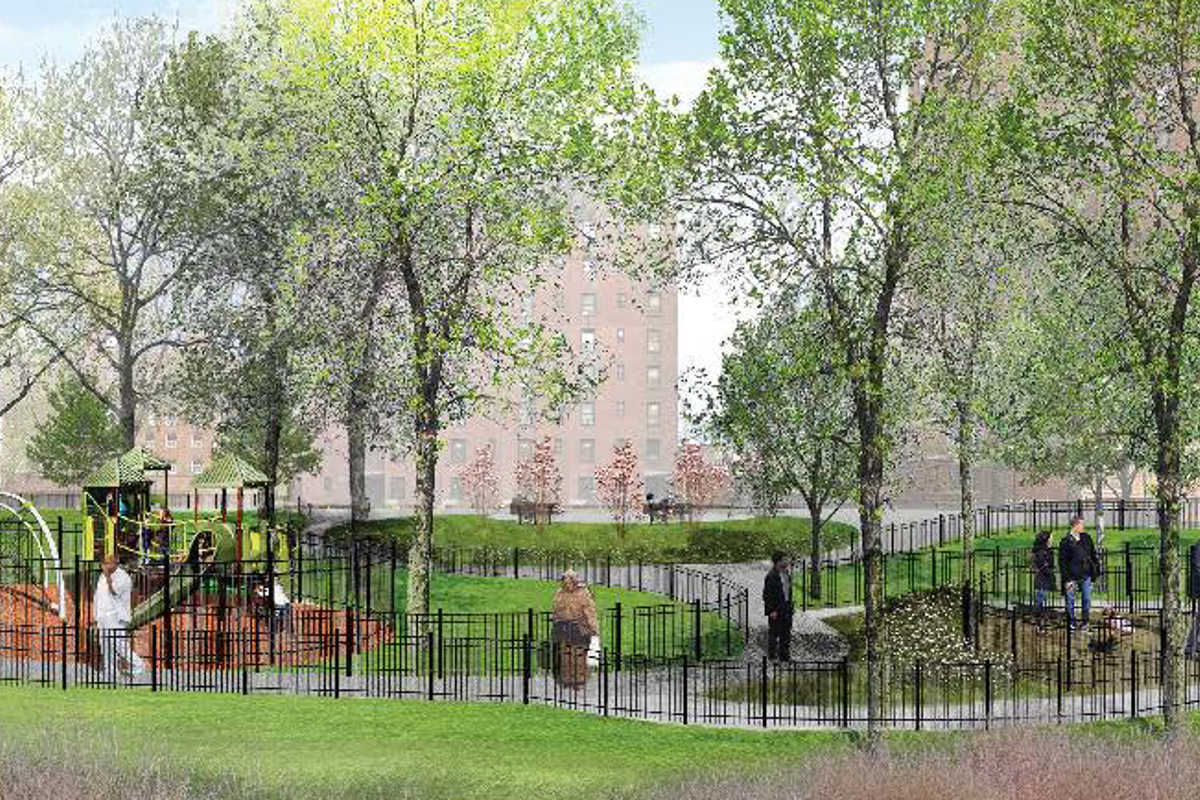 LIHC Investment Group, Belveron Partners, and Camber Property Group have announced plans to rehabilitate and preserve 948 units of affordable housing at Stevenson Commons in the Bronx.

Belveron reached an agreement to purchase the property from longtime owner Michael Fischer and immediately brought in LIHC and Camber as joint venture partners. The purchased price paid by the JV was $71 million. The new owners plan to spend another $36 million renovating the nine Mitchell-Lama buildings in the Soundview complex.

The deal will prevent the loss of 948 units  of affordable housing, according to HPD Commissioner Maria Torres-Springer.

Through the use of the Rental Assistance Demonstration (RAD) program, the new owners have entered into a long term Section 8 Project-Based Rental Assistance (PBRA) contract, and have committed to remaining in the Mitchell-Lama Housing Program for 40 years.

Mitchell-Lama housing is some of the most at-risk housing in the city today, as many owners opt to convert their properties to market-rate as mortgages mature.

Stevenson Commons serves a mix of middle, low, and very-low income families and consists of a mix of studio, one-, two-, three-, and four-bedroom apartments.

As part of the rehabilitation effort, the new owners will fix malfunctioning elevators by replacing critical systems, and make upgrades to major building infrastructure including roofs, facades, and boilers.

As well as lobby renovations, they will install a new security and access control system, and common areas. Apartments will get new appliances, light fixtures, sinks, cabinets, countertops, showers, lavatories, and tiling in the bathrooms.

The outside will also get a makeover to creat green space that will be accessible for all residents.

Rick Gropper, principal of Camber Property Group, commented, “In addition to the peace of mind for residents that comes with keeping their homes affordable, we look forward to restoring the property’s central courtyard and improving residents’ quality of life.”

The total development cost is estimated at $127 million and the renovations will exceed $36 million.

HDC restructured $3.9 million of existing debt and will provide a $103 million first-mortgage through the Federal Financing Bank (FFB), as well as an additional $7.3 million mortgage backed by Interest Reduction Payments from HUD.

REBNY appoints Sandhya Espitia as deputy SVP for Brokerage, Education, and the RLS