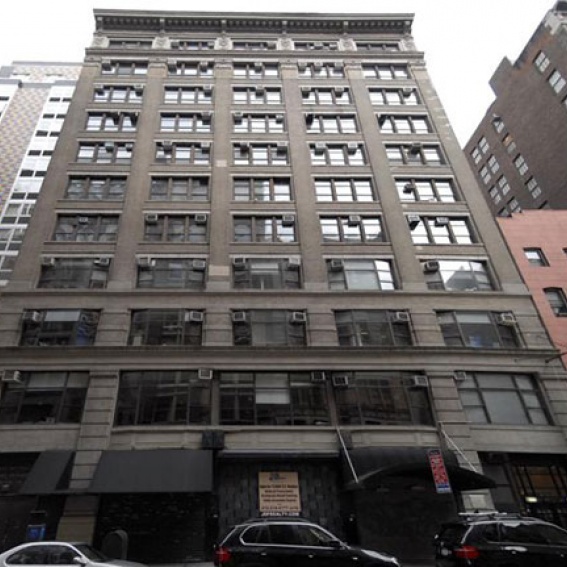 MJ Orbach Associates and The Kaufman Organization announced that they have signed approximately 21,000 s/f of leases at 27 West 24th Street (27W24). Kaufman’s Ian Norris and Aron Orbach represented the landlord, West 24-27 Realty, LLC c/o MJ Orbach Associates, in each transaction. Asking rents were in the mid-to-high-$60’s psf. Tenants that signed include:

• Stash Inc., a digital investment advisor, on a mission to make investing accessible to everyone by making it easy to start investing with as little as $5 , signed a four-year, approximately 3,300 s/f lease for the company’s new headquarters. Jonathan Franzel of Newmark Grubb Knight Frank represented the tenant.

• THG USA, a purveyor of the finest European crafted plumbing fixtures and accessories, signed a three-year, 1,300-square-foot space. The space will serve as a luxury showroom for high-end kitchen appliances. Kaufman’s Jared Sternberg and Michael McCloskey represented the tenant.

MetTel will occupy 26,000 s/f at the complex in Holmdel, N.J., which will serve as an expansion from its New York headquarters and a gateway to other major markets on the eastern seaboard. The company will be joined by fellow new lessees etherFax and Springboard Public Relations, which will share a 2,500-square foot space. The Garibaldi Group’s Jeff Garibaldi, President, Kyle Mahoney, Associate Vice President and Tara Keating Freeman, Vice President, represented Somerset Development in the leases as Bell Works’ exclusive office leasing agency. Garibaldi also represented MetTel, etherFax and Springboard Public Relations in their agreements.

Tulfra Real Estate has agreed to a 10-year lease extension for ADT Security Service at Totowa Business Center, a 225,000 s/f mixed-use building at 930 Riverview Drive in Totowa, announced Sonny Jumani, president and managing member at Tulfra. The latter was represented in the transaction by Tom Consiglio, Gregg Sabato and Scott Peck of Resource Realty. ADT, which will continue to occupy Suite 800 at the site, was represented by Brian Godow of CBRE. ADT, a national provider of home and business security products and 24-hour alarm monitoring, originally signed a lease for Suite 800 at 930 Riverview Drive in 2011 That lease was slated to expire in 2020, With the extension, ADT is slated to occupy Suite 800 through 2030.

Sabre Real Estate Group LLC has arranged a ground-floor retail lease for an insurance brokerage in a new luxury apartment development at Broadway and Dodge Street in Bayonne. Julius A. Rose Inc., a fourth-generation insurance brokerage, which had been at 611 Broadway, has relocated to 1,250 s/f in City Lights at Bayonne, a new building at Broadway and Dodge Street owned by Bergen Point Associates. Steven Durak, a Sabre senior vice president, and Dina A. Santarelli, a Sabre director, represented the landlord in the transaction and together are marketing another 1,100 s/f of retail in the development. Sabre also is marketing space at 516 Broadway, opposite the St. Barnabus medical facility now under construction.

•Jon Angel leased 13,434 s/f of industrial flex space at 333 Quarry Road in Milford, Connecticut to Hayward Turnstiles, Inc., a turnstile manufacturer. The tenant was represented by Angel, who noted that the additional space on Quarry Road allows them to expand their business and remain in Milford.

Choyce Peterson, Inc. announced that it has successfully concluded a 24,000 s/f office lease on behalf of Cara Therapeutics, for its headquarters to relocate to 107 Elm Street in Stamford, CT. John Hannigan, Principal, and Adam Cognetta, Vice President, represented Cara, who relocated from One Parrot Drive in Shelton, CT.

The landlord, RFR Realty, was represented in-house in the transaction by Margaret Carlson, Portfolio Manager, Steve Lash, Leasing Director and Ed Wissell, Property Manager/Construction. Publically traded since 2014, Cara, a biotechnology company focused on the development and commercialization of pain therapeutics, appointed Choyce Peterson as its exclusive tenant representative to handle the search for a new headquarters and the negotiation of the financial and business terms of a new lease.

Classic or chaotic, copyrighting architectural works is an art form