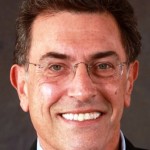 With a possible rent freeze looming, the city’s largest landlord organization has started a massive ad campaign to convince New Yorkers that rising rents are in their interest.

The Rent Stabilization Association (RSA), which represents 25,000 property owners, is airing 700 television and radio ads over a 17-day period until June 23. On that day, the Rent Guidelines Board will hold a final vote on whether to freeze rents for the city’s rent-stabilized apartments — a step not taken in decades.

The board’s approved preliminary guidelines call for rent increases between zero and 0.3 percent for on-year leases — effectively a freeze — and between 0.5 and 4.5 percent for two-year leases.

The board will hold a number of public hearings in the coming days. Public opinion is clearly in favor of a rent freeze, and RSA’s self-proclaimed “advertising blitz” appears to be an attempt to change that.

The 30-second TV ad shows images of landlords repairing their buildings, while a narrator claims rent increases go directly into repairs and maintenance, as well as taxes that pay for fire departments, police and schools.

The ad concludes with dreary images of broken windows, graffiti-covered walls and a broken toilet to the words “let’s protect affordable housing so this doesn’t happen to our neighborhoods.” In the radio ads, landlords explain how a rent freeze could make it impossible for them to keep buildings in an agreeable condition.

“We think it is important that the Rent Guidelines Board and elected officials understand the danger of a rent freeze,” explained RSA’s vice president Jack Freund.

“I don’t think we ever had a threat like we have now, where we have a sitting mayor who ran on a campaign promise to freeze rents.”

Training program a model for putting people to work