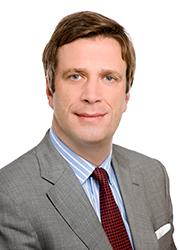 German investors peering over the shoulders of big-spending Chinese

The majority of German investors have stood on the sidelines of the most recent foreign investment boom in New York real estate, with only a handful taking an active investment approach. One of them is Munich-based GLL Real Estate Partners.

GLL has just opened a New York office, it’s third office in the United States, and marked the occasion with the $80 million purchase of a Times Square retail condo.

The 17,000s/f retail space, for which GLL went to contract two weeks ago, is at the base of the 38-story Hilton Garden Inn at 140 West 42nd Street currently nearing completion. Highgate Holdings and Walton Street Capital are the sellers. Goebel did not confirm any details of the transaction.

While $80 million is rather small compared to the billions dished out by foreign buyers in recent years, it shows that New York commercial real estate continues to appeal to investors from Europe. German companies were by far the most dominant foreign investors in New York commercial real estate between 2007 and 2013, investing as much as $4 billion in New York office buildings, according to Colliers International.

Over the past two years, German investment has all but dried up amid shrinking cap rates and growing competition from Chinese and Middle Eastern buyers, who are now the most prominent foreign investors. But Goebel explained that GLL’s international investors continue to like New York real estate, even if certain segments of its market have become more expensive. “There is a great interest in the U.S. market, especially in its primary real estate markets such as  New York, as well as select other markets that provide an attractive growth story,” he said.

GLL manages $7 billion in assets worldwide, $2.5 billion of which are in U.S. real estate, according to Goebel. Only in the past 12 months, the company has invested in office buildings in Austin, Seattle and Denver, and bought the Goldman Sachs parking garage at Two River Terrace in Lower Manhattan for $53 million in 2013. In recent years, GLL has bought the office building 4 Columbus Circle and the retail condo 465 Broadway, which it re-sold in 2012.

According to Goebel, “GLL will continue to analyze select investment opportunities in the New York market. However, core assets have become extremely expensive, and of course one has to compete with Asian capital. Most likely our approach will center around core plus and value add strategies.”

Goebel added that GLL chose to invest in retail in part to diversify its clients’ portfolio, but also because he believes in the market’s growth potential.

“We like the retail market in New York City, and we feel that further rent growth in certain submarkets is realistic,” he said. займы онлайн