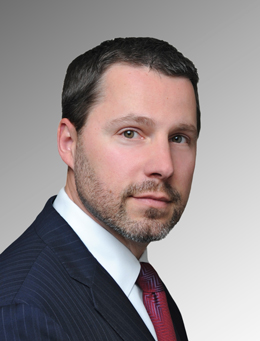 Working for a company with a balance sheet of $40 billion and a further $2 to $3 billion set aside for investments in the United States has its benefits.

“There’s never pressure to raise capital at Mitsui, that’s one of the great things of working here,” said Keith Purcell.

Purcell joined Mitsui Fudosan America, the local subsidiary of Japan’s largest real estate owner, in early 2013 as vice president of asset management and leasing. He had decades of experience in real estate at PricewaterhouseCoopers, Fortress Investment Group, GIC, and L&L, but had never worked for a Japanese company.

While the language barrier wasn’t a problem — two-thirds of the New York staff is American and day-to-day operations are conducted in English —­ Purcell had to adapt to a different corporate culture.

“Mitsui Fudosan is very team focused. We have a good amount of autonomy while maintaining an ongoing dialogue with Japanese staff. We keep them updated on lease negotiations, capital improvement projects and development projects,” he said.

Purcell splits his time between Washington D.C., where he oversees several large office buildings, and New York City, where he manages the 220,000s/f office tower 527 Madison Avenue. Purcell said that the building, anchored by Japanese bank Sumitomo, currently has a few floors available, adding that more than 10,000 s/f of leases are “in the works”.

Apart from 527 Madison, Mitsui Fudosan also owns the 2.4 million s/f tower 1251 Avenue of the Americas and has plans to expand.

Mitsui Fudosan America’s vice president, Purcell told Real Estate Weekly that the company is in negotiations for two major development projects in Manhattan totaling well more than one million s/f, although he couldn’t comment on the specifics.

Purcell explained that the planned developments are part of a strategy to diversify Mitsui Fudosan’s holdings by 2017.

“North of 90 percent of our current assets are in Japan, and our focus is on becoming a more globally diversified organization,” he said, adding that the company looks to invest heavily in the U.S., Europe and other Asian countries.

It won’t be the first expansion by a foreign investor Purcell has been involved in. Between 2006 and 2010, he was a vice president at the Americas division of the Government of Singapore Investment Corporation (GIC), Singapore’s sovereign wealth fund with assets of more than $200 billion.

“Over my five years there we invested approximately $1 billion in equity in Brazilian real estate. On my first day on the job I hopped on plane to São Paulo,” he recalled.

“It was exciting. We had an enormous balance sheet, and if the firm identified multiple investments projected to generate attractive returns, we could do all of them.”

But working for a large fund also had its downside: “I felt like I was becoming a capital allocator and an administrator, not an actual participant in creating assets. There was little hands-on real estate work,” Purcell said.

So he decided to leave for a smaller, more hands-on company, and joined Manhattan-based L&L Holding Company as vice president, where he managed a two million s/f portfolio of office properties for almost three years, before joining Mitsui Fudosan.

Purcell said he manages his buildings with an attention to detail and architecture that dates back to his college days at Loyola University, where the New Jersey native majored in finance and minored in classical civilizations.

“I have a strong interest in architecture and art. I sometimes drive my property managers a little crazy about design detail,” Purcell said.

Mitsui recently completed a lobby and elevator renovation at 527 Madison Avenue, but some found the sleek, new lobby cold and uninviting. In response, Purcell started an exhibition program which displays works by New York-based artists in the lobby in four-month intervals.

The exhibitions not only make the lobby more inviting, but also contributes to Mitsui Fudosan’s goal to do good.

“We focus on projects that help develop sense of community,” said Purcell, who lives in New Jersey with his wife and Maggie, his six-year old son and his three-year old daughter. “We are looking to build more than just assets.”