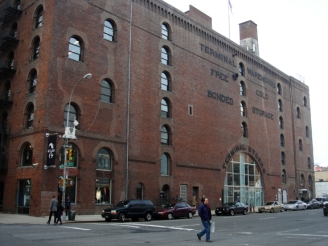 The availability rate dropped sharply to 10.1 percent, the biggest monthly decline since December of 2006.

Class A space in Manhattan had a frenzy of activity last month, as the availability rate dropped 70 basis points, to 10.8 percent. Asking rents, averaging across all markets, rose to $67.83 psf.

Downtown was the star of all the markets, with the availability rate falling 110 basis points to 10.9 percent. The significant drop is mostly attributed to Time, Inc.’s 670,000 s/f lease at 225 Liberty Street, which helped lead to more than 948,000 s/f of positive absorption. Lower Manhattan continues to gain momentum, with more than 1.4 million s/f of leases signed by tenants so far this year, many of whom have sought price relief from much higher rents uptown.

The Midtown market proved steady in May, with demand outpacing supply in six of the nine Midtown submarkets, with 931,858 s/f of positive absorption recorded, upping the year-to-date total to more than 1.3 million s/f.

Available supply dropped significantly, with an absence of new leases more than 100,000 s/f signed in May. Most of the activity came from smaller leases, including key transactions like Troutman Sanders LLP signing a new lease at 875 Third Avenue for 87,126 s/f, and TV news channel Al Jazeera’s new lease at 250 West 55th Street for 86,000 s/f.

In Midtown South, after a large amount of space became available in April, the availability rate dropped 20 basis points to 8.7 percent. Like Midtown, the bulk of activity in May was made up of smaller leases, including taxi-app company Uber’s 52,350 s/f new lease at 261 11th Avenue in Chelsea/Meatpacking.

With less than seven percent availability in the Class A supply in Midtown South, the difference between Class A and Class B asking rents is less than $10 p/s/f. Up 6.1 percent this year, at $64.04 p/s/f, Class B rents posted the highest increase of all the markets.