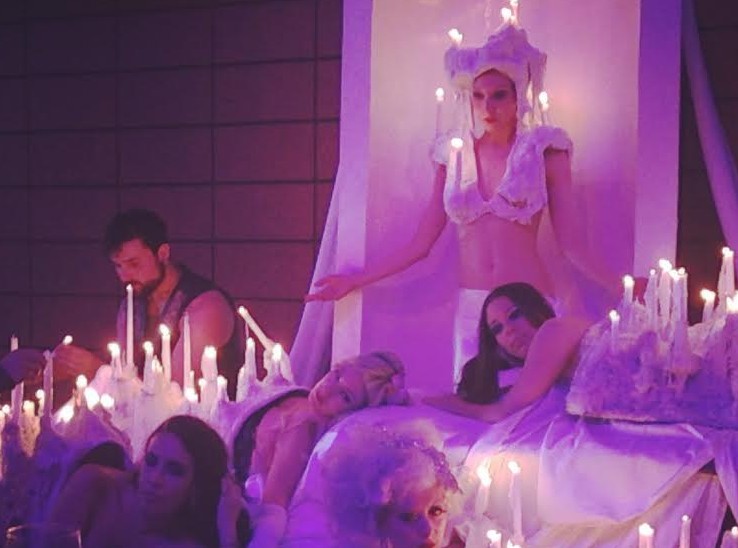 Anita Durst shone a spotlight on the non-profit she founded to help struggling artists with a gala event that drew some of the biggest names in real estate earlier this week.

More than 450 guests attended the 19th Annual Gala for chashama held in the performance space known as Anita’s Way, between the Conde Nast building and the Bank of America tower.

Among the guests were executives and representatives of chashama’s roster of partners and supporters across the city’s real estate landscape, including Forest City Ratner, Newmark Frank Knight, Rockrose Development, Buchbinder and Warren Group, the Greater Jamaica Development Corp. and the Durst Organization.

Those companies donate space and chashama turns them into fully insured, fully equipped work and presentation spaces for artists.

“It’s everything I dreamed of,” said Durst of Monday’s gala, which featured everything from belly dancers and contemporary art works to an aerial performance and a human candelabra.

Durst said that creating an interactive party that encouraged communication between partygoers came from the realization that at many galas, it is difficult to socialize with other guests. “I tried to make it where it’s easier to talk to other people and it’s very experiential,” she said.

The event honored Patricia Lopinski and Chicago Title Insurance Company, a company hailed for its support of artists and the arts in communities that need it most.

The gala also kicked off the start of chashama’s Summer Performance Series, where it will fill seven under-used spaces in Manhattan, Queens and Harlem, with performances and art installations.

Selected artists will receive spaces for one-to-three weeks, cash grants of $100-to-$300 and a forum to present their work.

Durst first launched the non-profit in 1995 and named its chashama (which means “to have vision” in Farsi) after an artist and friend who had passed away.

The Durst Organization and other real estate firms, including Tishman Speyer, CBRE and L+M Development Partners, have donated spaces to the organization, which supports 300 artists daily in the New York area and has helped more than 12,000 artists since its inception.

Durst said the group mainly finds space through word-of-mouth, including getting a call from Rockrose offering her a street block in Long Island City, and an event like the gala promotes collboration among brokers and artists as well as providing an opportunity to showcase the art.

“We’ve never really gone out and asked for space,” she said.  “The past three years we’ve been hiring facility managers and hiring managers to get more spaces.”