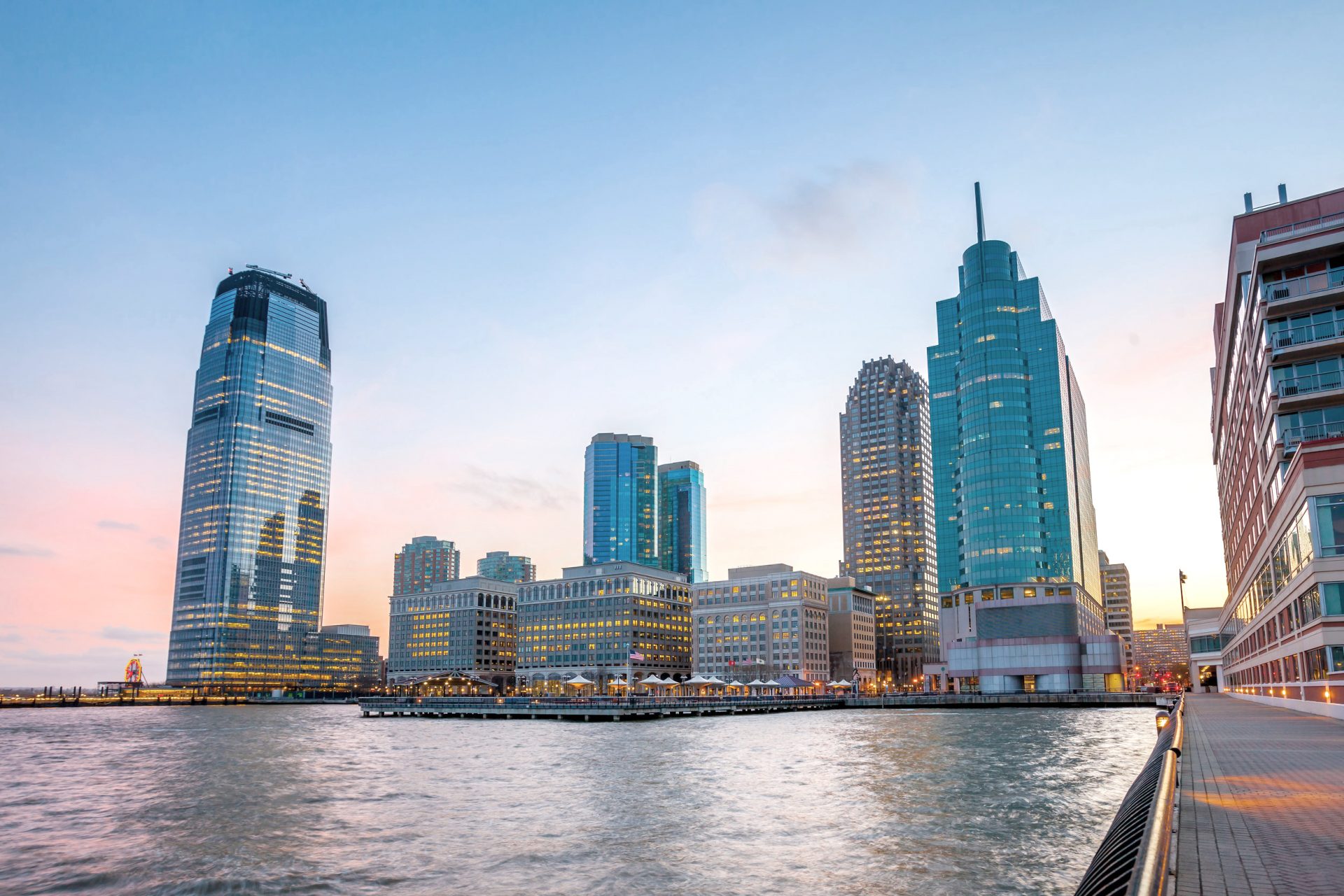 Jersey politicians urge developers to look beyond its waterfront

New Jersey politicians are asking developers to look beyond the downtown waterfront for building opportunities.

“Jersey City is so much more than the next Brooklyn,” said Governor Phil Murphy. “It‘s a great place to start a groundbreaking business or grow an existing one. The families need places to grow, but we need developers to be smart. We want partners and we want the right partner. We want to bring the prosperity of downtown into every ward and every street.

“Jersey City is barely 15 square miles of land, so development decisions have tremendous impact. Many of you will be authors of [the city’s] next chapter so… focus not only on doing well but doing good for Jersey City.”


The governor, along with Jersey City’s mayor, Steven Fulop, spoke at the fifth annual Jersey City Summit for Real Estate Investment, which was held at the local Hyatt Regency on Monday.

Fulop made it clear that the city’s current moratorium on tax abatements wasn’t going anywhere. However, he said zoning allowances regarding density are a possibility for including affordable housing and dedicated space for schools. “We’re open to that conversation but it has to be meaningful,” said Fulop.

During the talk, moderated by W. Nevins McCann, partner at law firm Connell Foley, the mayor said he wanted to end the reliance on abatements as part of a business plan.

“My feeling is the pendulum was swinging far toward the assumption the city is going to grant it,” said Fulop, who’s been in office since 2013. “I realize the pendulum has gone the other way. I’m not blind to that.”

But he added, “I think it’s healthy what’s happening today. When people say (this project) won’t work financially without a tax abatement, that means you paid too much for land and that’s not my fault if (an abatement) was factored into the cost at the cost of the taxpayers.”

Fulop also said developers should take an active interest in investing in the neighborhoods where they want to develop, including making sure there are supermarkets in food deserts or schools to handle the influx of newcomers and their children to the city.

This was after a panel on multifamily housing, when one speaker mentioned the demand in new buildings was largely for studio and one-bedroom homes, which would indicate more child-free households.

Asked about this, Fulop, who became a father himself recently, disagreed with that conclusion.

“Even if you don’t have school-age kids yourself, you bear some responsibility if you’re involved and putting your dollars here,” the mayor said.

Murphy, meanwhile, spoke about the need to “revitalize and repurpose historic buildings.”

He noted Journal Square in particular, saying it was poised to become the city’s arts district. “We want Jersey City to grow where transportation already abounds.”

The governor also said he wanted to make sure the city’s lifers continued to have a place alongside more well-heeled newcomers — “those who fought and stayed through its evolution.”

Fulop gave a roundup of recent investments made by the city to encourage development in emerging neighborhoods, including moving City Hall from the trendy Grove Street area to the south side of the city.


Then there’s the city’s ongoing transformation of 18 acres of land it owns next to the Liberty Science Center into a science and STEM campus that will include a K-12 school as well as an ongoing effort to bring a new museum to the city’s Journal Square neighborhood, a major transit hub.

“We’ve put RFPs out to museum partners,” said Fulop. “It’s taken the better part of five to six years but we’ll probably have an announcement in the next month or so.”

The investment, he believes will help protect the city in the event of an economic downturn.

The major project being initiated by the city though is the creation of an entirely new waterfront neighborhood, Bayfront, on roughly 110 acres of land on the city’s west side, which will have 30-35 percent affordable housing.

The city has also budgeted $150 million on a ride-sharing pilot program with Via as a partner that Fulop is hoping will convince residents to ditch their cars. Through an app, a car service will go to virtual stops where more than one person is looking for a ride and the passengers can go anywhere in the city for two dollars.

“It’s a hybrid between the bus system and Uber,” said Fulop. The price may be temporary as it’s only that cheap as long as the city continues to subsidize the rides. “People will hopefully make a decision they don’t need a car.”

Fulop also spoke briefly about city stats, including a steady decrease in the gun violence rate due to a newly beefed up police force with a more diversified group of officers who are local to their precincts.

Good tech may not be pretty, but it works