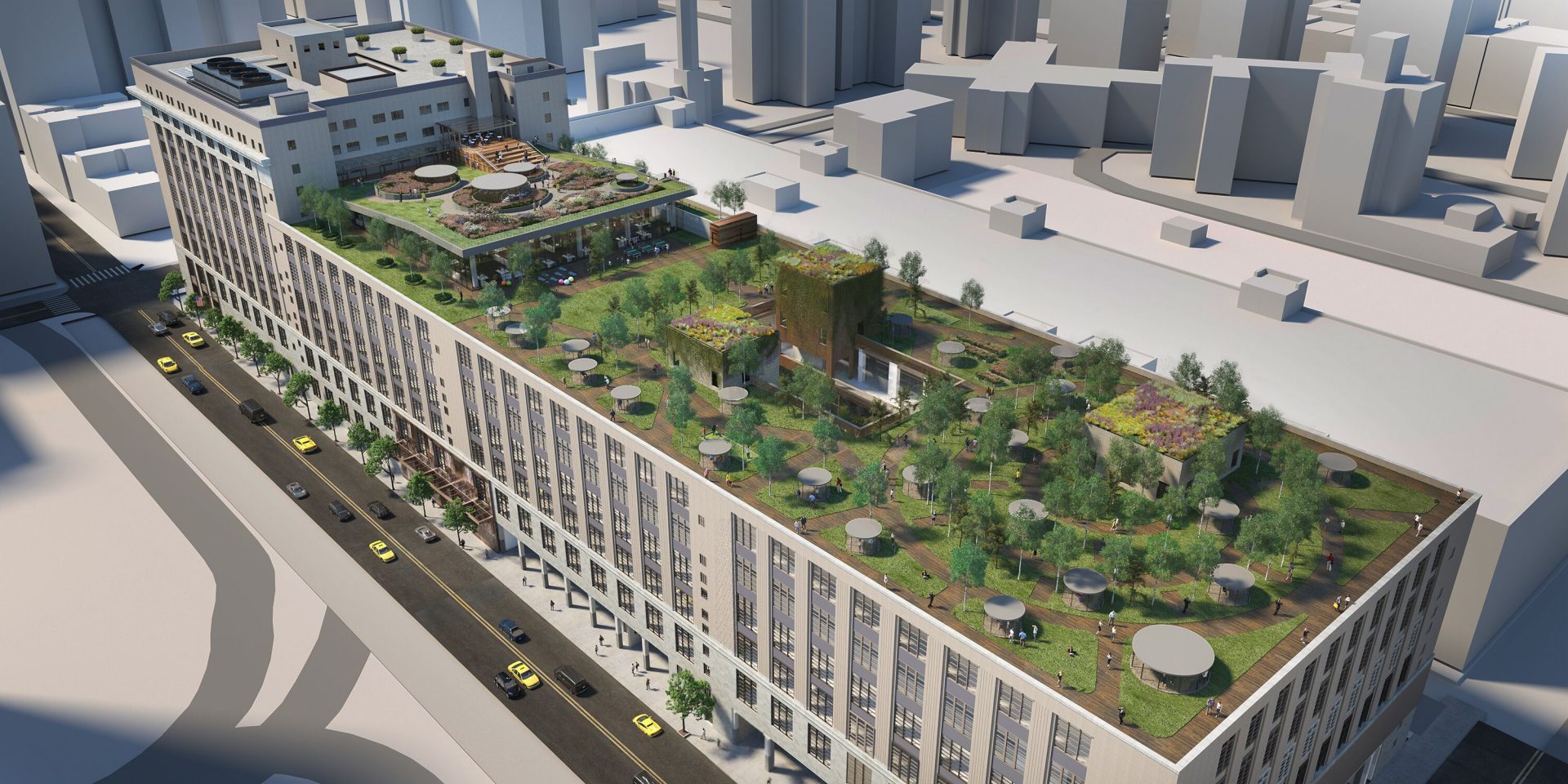 Tishman Speyer has reached an agreement with Dentsu Aegis Network to lease 320,000 s/f of office space at the firm’s Morgan North redevelopment at 341 Ninth Avenue in West Chelsea.

Under the 15-year lease, Dentsu Aegis Network, a subsidiary of Tokyo-based international advertising and public relations firm Dentsu Inc., will occupy half of 341 Ninth’s 200,000 s/f sixth floor and all of floors 7 through 10. The firm will also have exclusive use of an eighth-floor terrace as well as a rooftop amenity space, and will have shared access to a 2.5 acre, seventh floor roof deck.

“We are thrilled to welcome Dentsu Aegis as the anchor tenant of our 341 Ninth Avenue redevelopment,” said Tishman Speyer President and CEO Rob Speyer.

“Barely a month ago, we finalized our commitment to redevelop Morgan North because we saw it as an ideal fit for companies like Dentsu Aegis, which are powered by creative people and their innovative ideas. With its dynamic West Chelsea location, authentic character and unparalleled access to collaborative indoor and outdoor spaces, we knew that 341 Ninth would be a major draw for such forward-looking firms.”

“At Dentsu Aegis Network, attracting and retaining the best talent across the broad range of marketing capabilities remains a critical source of strength to help our clients win, keep and grow their best customers. Our various agencies are currently housed in four separate locations across New York City, and we have been searching for some time for the ideal location to bring us all together under one roof. We’re excited to have found this semi-industrial building which allows for our 24 leading agencies to operate in a more fluid and dynamic environment across the creative, media and experiential marketing space,” said Nick Brien, CEO, Dentsu Aegis Network Americas.

“Environment influences behavior greatly, and we’re convinced that to be co-located in such a vibrant part of the city will inspire our people, partners and clients greatly.”

Built in 1933 and encompassing an entire city block from Ninth to Tenth Avenue and 29th to 30th Street, the Morgan North building at 341 Ninth Avenue features massive floorplates, ceiling heights of up to 17 feet and a classic limestone and brick façade.

Tishman Speyer announced in October that it had entered into a 99-year lease agreement with the United States Postal Service (USPS) to develop 630,000 square feet of creative offices across the top six floors of the massive 10-story postal facility.

Tishman Speyer is redeveloping floors five through ten of the Art Deco building for office use as part of a 99-year lease. Construction on the redevelopment, which will also incorporate 5,100 square feet of street level retail along Ninth Avenue, will begin in late 2020 with substantial completion anticipated in 2022.

Dentsu Aegis will consolidate all of its New York City-based employees, who are currently located in three Manhattan properties, into 341 Ninth Avenue starting in 2023.

The fifth and sixth floors of 341 Ninth Avenue will feature floorplates of more than 200,000 square feet each.

The 78,000 s/f seventh floor will open out onto the largest private roof deck in Manhattan, which will be programmed for a wide range of outdoor uses by Dentsu Aegis and the building’s other office tenants.  The upper three floors will have floorplates of approximately 48,000 square feet.

A Cushman & Wakefield team of Richard Bernstein, Adam Ardise and Jared Thal represented Dentsu Aegis in the transaction. Tishman Speyer was represented by an in-house team.

341 Ninth Avenue is situated in the heart of Manhattan’s rapidly-transforming west side.

The High Line, which used to have a direct connection into the postal sorting facility, is home to a newly-created piazza that abuts the building and an entrance directly adjacent to the building’s future Tenth Avenue lobby.

The Hudson Yards district, which is catty corner to 341 Ninth, features a six-acre public park and nearly one million square feet of cultural facilities and new destination retail.

Tishman Speyer is also currently constructing The Spiral, a 65-story, 2.8 million square foot office tower, which will be anchored by Pfizer and AllianceBernstein, just a few blocks north of 341 Ninth.

In addition to The Spiral, which will open in 2022, Tishman Speyer recently completed The JACX, a 1.2 million square-foot office development in Long Island City that is already fully leased, and is nearing completion on The Wheeler, a 10-story, 620,000 square foot creative office campus rising above Macy’s historic Downtown Brooklyn department store.