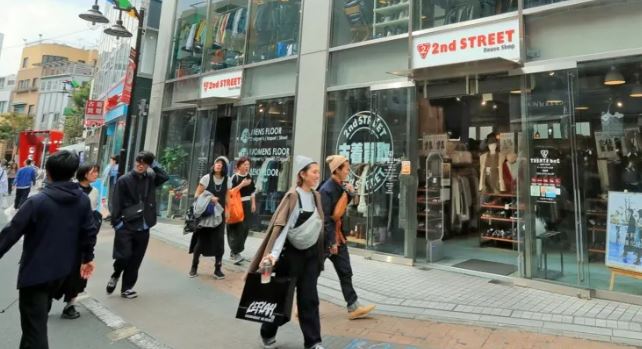 Japanese retailer pushing ahead with US expansion

A popular Japanese retailer is gambling on pandemic-weary teens with an eye for a high fashion bargain.

2nd Street USA specializes in reselling name-brand clothing at steep discounts and has tripled its number of domestic stores to 660 in the past 10 years.

Newmark Knight Frank just brokered the lease for the chain’s second Manhattan store in Chelsea as part of its ongoing international expansion.

“The landlord and tenant were deeply committed to finalizing the transaction despite obstacles brought on by the pandemic,” said CBRE’s Jordan Kaplan, who represented the landlord with Eric Gleber. “With a portfolio of over 500 successful stores in Japan, we anticipate that 2nd Street USA will thrive in their newest New York City location.”

A subsidiary of GEO Holdings Corporatio, 2nd Street USA opened its first Manhattan store in Noho last summer as part of a plan to have 4 brick and mortar outlets in the States.  Its first store opened in January 2018 on Melrose Avenue in Los Angeles, California. In the same year, the second US store opened in Old Pasadena in June, and third location opened in Costa Mesa in Orange County in July.

He told the magazine he believes secondhand goods will thrive in the new normal as consumers tighten their purse strings and focus even more on price.