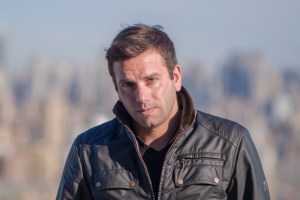 It’s been a rocky first year for Urban Compass, but the brokerage startup finally seems to be living up to the hype.

Co-founder and executive chairman Ori Allon said the firm will use most of the money to expand beyond New York City. He added that Urban Compass will likely open its first office outside of New York this year, with Washington D.C., Boston and Chicago as frontrunners.

According to Allon, Urban Compass raised the money “in the past few weeks”, bringing the total capital raised since its inception last summer to $73 million. Investors include Advance Publications, Inc. (the parent company of Condé Nast), Thrive Capital, Founders Fund, .406 Ventures, Marc Benioff (founder & CEO of Salesforce.com) and Kenneth Chenault (chairman and CEO of American Express), according to a press release.

Tech entrepreneur Allon and Goldman Sachs alum Robert Reffkin founded Urban Compass in 2013 with lofty goals of revolutionizing the brokerage business through expanded use of technology and salaried brokers.

But while its client and agent apps were generally well received, the salary model proved highly unpopular and the startup had a hard time winning over top brokers.

Urban Compass’ fortunes began to change when it switched to a commission model. Since the beginning of the year, the company has managed to attract several top brokers, including Citi Habitats’ Cindy Scholz and Mark Griffith and Douglas Elliman’s Herve Senequier and Steinberg.

Although Allon did not disclose whether Urban Compass is profitable, he said “revenue numbers are growing and our business is healthy.”

He explained that the recent capital raise gives Urban Compass the means to expand to more than one city. “We will start with one city and, if that works well, expand to many other cities,” he said. “If our growth is as strong as in New York City, you will see us in new cities sooner rather than later.”

In the meantime, the company is moving into new 25,000 s/f offices at RFR’s recently repositioned 90 Fifth Avenue.

The new space is just a block away from Urban Compass’ current Union Square headquarters, where the firm has occupied 9,000 s/f since March 2014.

“We are excited about building an exceptional new office to support our growth and provide best-in-class space and services for our agents,” said Reffkin. “We were drawn to this building for its convenient location, historic exterior and brand new facilities.”